Japan hopes seabed will yield data and resources | Asia| An in-depth look at news from across the continent | DW | 17.01.2014

With scant energy and mineral reserves of its own, and nuclear plants mothballed since the Fukushima nuclear disaster, Japan is investing heavily in exploring beneath the oceans for resources that will power its future. 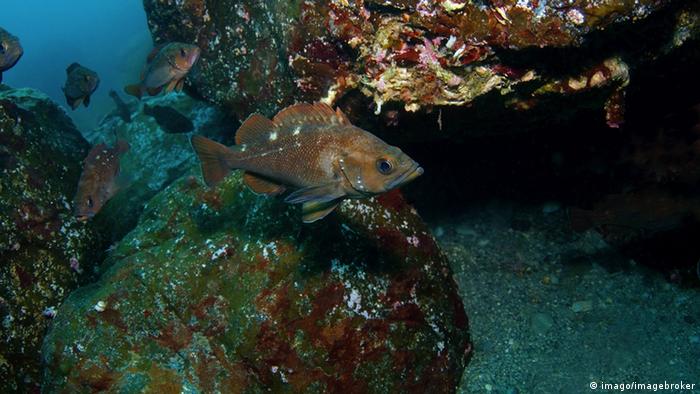 On the first day of 2014, the Japanese research ship Chikyu set a new record by drilling down to a point 3,000 meters beneath the seabed off southern Japan. It was an appropriate way to ring in the new year and signals an increased commitment to learning more about the secrets that lay beneath the floor of the ocean close to Japan.

The research has two distinct but connected driving forces. As Japan prepares to mark the third anniversary of the March 11 Great East Japan Earthquake, the Chikyu is undertaking the most extensive survey ever attempted of the Nankai Trough, a geological fault that extends for several hundred kilometers parallel to the southern coast of Japan and widely seen as the source of the next major earthquake that will affect this tremor-prone nation. And with all of Japan's nuclear reactors presently mothballed in the aftermath of the disaster, which destroyed the Fukushima Dai-Ichi nuclear plant, there is a new sense of urgency in the search for sources of energy and other natural resources close to Japan.

"When I was in elementary school, we learned that Japan does not have many natural resources of its own and that we needed to import all the oil, the gas, the metals and minerals that we needed," Toshiyaki Mizuno, the deputy director of the Ocean and Earth Division at the ministry of science and technology, told DW. 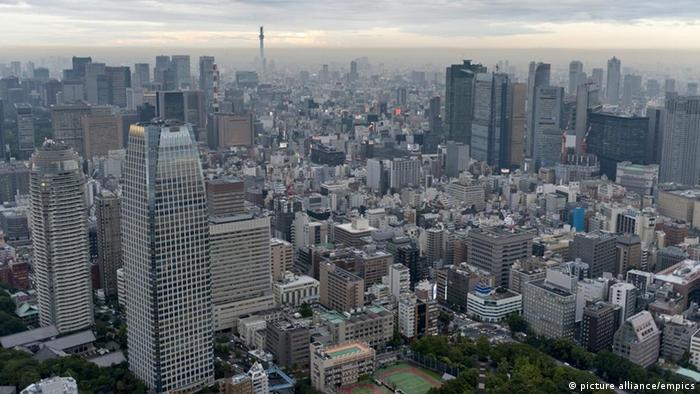 Japan must look outside its borders for its energy needs

"And that was what we thought for a long time," he said. "Until we recently discovered that there are significant deposits of methane hydrates within Japan's exclusive economic zone."

Also known as natural gas hydrate or "fire ice," it is a solid compound in which high levels of methane have been trapped in a crystal structure of water. Originally believed to only exist on the outer reaches of the solar system, significant deposits are now being discovered beneath seabed sediment and it is estimated that supplies are as much as 10 times the known reserves of natural gas."

The dream of new energy

"There are many problems that we need to overcome before we can say that Japan's energy problems have been solved, but the dream is to exploit this new source of energy and other resources and this is the first step in achieving that," Mizuno said.

The Japanese government has announced plans to work with private companies to develop new technologies to explore the resources that are below the seabed off Japan, including the development of advanced submersibles and remote-controlled underwater vehicles.

China, Japan: When politics gets in the way of business

A poll conducted in Japan, China and South Korea has focused on how much business leaders are influenced by political tensions among the three nations. The survey showed considerable behavioral differences. (08.01.2014)

Companies will work with no fewer than four Japanese ministries, representing trade and industry, science and technology, land and infrastructure and the Internal Affairs Ministry and there are hopes that the proposed recovery of resources could go ahead in as little as five years.

The government is putting aside a portion of the 50 billion yen (352.3 million euros) budget for strategic innovation projects to support the ambitious drive, with organizations such as the Japan Agency for Marine-Earth Science and Technology tasked with developing submarines that can operate at depths of up to 3,000 meters and large-scale excavation ships.

"This issue is becoming quite urgent for Japan because the government's growth policy to date has largely focused on the weakening yen, which means that all imports of resources and energy are very expensive," said Martin Schulz, senior economist at the Fujitsu Research Institute.

"Japan has to reduce those costs over the long term and developing these undersea resources is becoming much more economic than it was before," he said.

"It is also important in terms of Japan's energy mix as it does not seem likely that the nuclear reactors will be restarted in a significant way in the immediate future," he added.

"Exploring close to Japan's coastline for these resources makes complete sense, although we also know that it methane hydrates can be extremely dangerous to collect and develop," he said.

At the same time as Japan attempts to reduce its reliance on expensive imports and distance itself from relying on volatile suppliers of rare earth minerals - such as China - it is also in a hurry to learn more about the geological structure of the surface of the Earth close to the Japanese archipelago and the threats that natural disasters pose. 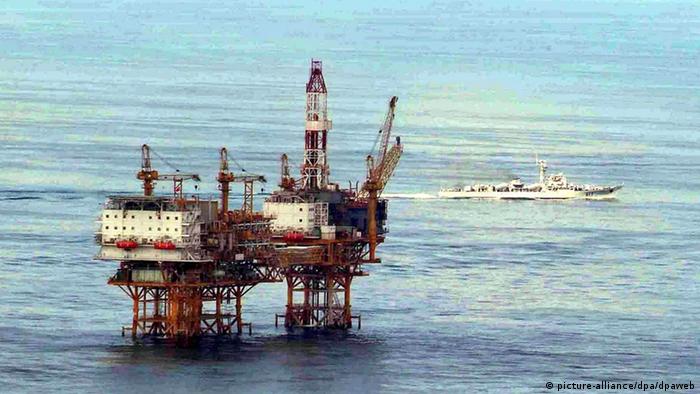 The drilling being conducted by the Chikyu is to examine the layers beneath the seabed in the Nankai Trough. In March last year, a study by the Central Disaster Management Council as a direct result of the impact of the earthquake that struck northeast Japan predicted that a magnitude-9 quake in the danger zone could trigger a tsunami as much as 30 meters high that could kill 320,000 people.

The disaster would destroy road and rail links the length of the country, the tsunami would pulverize buildings that had already been weakened by the tremor, infrastructure would be wiped out for hundreds of kilometers along the coast and the projected cost in terms of the damage wrought on the country is 220 trillion yen (1.84 trillion euros).

Given the scale of the threat, scientists say there is no time to lose in trying to determine when and precisely where the disaster might strike.