Japan furious at UNESCO listing Nanjing Massacre documents | Asia| An in-depth look at news from across the continent | DW | 19.10.2015

Japan may halt funding for UNESCO over the organization's decision to include documents relating to the 1937 Nanjing Massacre in the latest listing for its "Memory of the World" program. Julian Ryall reports from Tokyo. 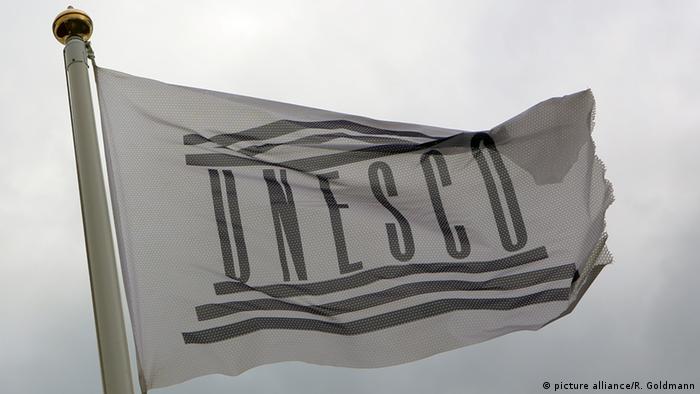 The campaign for Japan to "act decisively" in its dispute with the United Nations Education, Science and Culture Organization (UNESCO) over the listing of documents on the 1937 Nanjing Massacre is gathering steam, with conservatives calling on the government to halt funding for the organization in protest.

Yoshihide Suga, the chief cabinet secretary, hinted on October 12 that Japan might reduce or halt entirely the financial support it provides to UNESCO after China was successful in listing documents, photographs and film footage relating to the Imperial Japanese Army's attack on the city and the subsequent killing of civilians in its "Memory of the World" repository.

Beijing has hosted a spectacular military show marking 70 years since the end of the Second World War. The parade comes amid tensions in the region over China's military assertiveness. (03.09.2015)

The "Documents of the Nanjing Massacre" also include paperwork from the International Military Tribunal for the Far East, during which several Japanese military leaders were convicted of war crimes for the atrocities carried in the city.

China insists that 300,000 people died in the assault on the city and in a bloody rampage by Japanese troops following its capitulation, the majority civilians.

Independent assessments of the incident put the death toll at between 20,000 and 200,000. And while Japan admits that civilians died in Nanjing and that looting took place, it takes issue with the number that China claims and is angry that the documents submitted by Beijing were not examined by other experts and simply accepted at face value.

"The authenticity of the documents has yet to undergo verification by experts," Suga told a press conference. "Our country would like to strongly call for fairness and transparency in the [screening] system of this program, so that it is not used for political purposes," he added.

The feeling among many Japanese is that China will use every opportunity to publicly chastise Japan, part of a broader campaign to win support for its own geopolitical and territorial ambitions in the Asia-Pacific region. And many in the country feel that UNESCO is helping Beijing to achieve that.

"Irina Bokova is director general of UNESCO at present, but she is ambitious and wants to be the next secretary general of the United Nations," claims Yoichi Shimada, a professor of international relations at Fukui Prefectural University.

"She was recently in Beijing for the ceremony to mark the 70th anniversary of the end of the war," he pointed out. "It is ironic that this military parade took place in Tiananmen Square, the place where the Chinese military massacred so many young people who were demanding democracy and freedom in 1989.

"I believe it is outrageous that an executive of the UN took part in that parade," he said, adding, "Bokova was busy trying to buy the favor of the Chinese, who have a veto on the UN Security Council and could block her appointment." 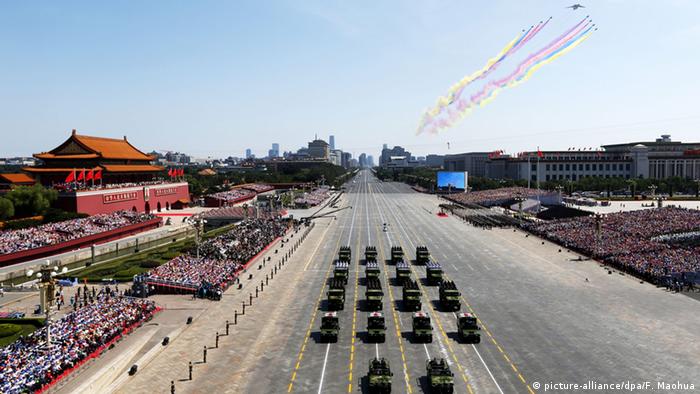 Professor Shimada supports calls for Tokyo to withhold its contributions to UNESCO, which amounted to $31 million in 2014, making Japan the second-largest contributor to the organization, and says Tokyo must "act decisively" and could potentially go further.

"The US, under Ronald Reagan, withdrew from UNESCO on the grounds that it was politicizing issues and over management of its budget, so I do no believe there would be any problem in Japan withdrawing," he told DW.

"And perhaps there is more we can do to make our feelings known," he added. "Maybe Japan should only help fund specific projects that are not anti-Japanese. I feel that the power of the purse is necessary in this situation."

Other organizations are voicing similar opinions, with the far right Society for the Dissemination of Historical Fact repeating its claim that the "so-called 'Nanjing Massacre' was nothing more than wartime propaganda."

The society's position is that allegations of a massacre in Nanjing in 1937 were Chinese propaganda that were seized on by the victorious allies in 1945 to deflect public criticism away from Washington's use of atomic weapons against civilians in the cities of Hiroshima and Nagasaki.

In an open letter signed by Secretary General Hiromichi Moteki, the society said it "would be morally and academically wrong for UNESCO to decide to register the so-called Nanjing Massacre as a 'Memory of the World' based on one-sided assertions and materials that have not been objectively verified.

"We strongly urge UNESCO to reconsider its decision," he added.

Garren Mulloy, an associate professor at Daito Bunkyo University, points out that the number of Japanese who deny outright that anything amiss occurred in Nanjing is indeed "very small." 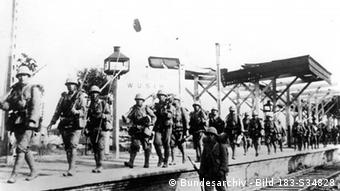 The problem is that nobody knows the precise number of casualties, the extent of culpability of the state - given that the Japanese military was essentially a law unto itself in China in the 1930s - and what it all means to Japan and its relations with China today.

"It is not surprising that the Japanese government has protested at the listing of the documents by UNESCO, but the strength of the objections has come as a surprise," he said. "I see the heavy hand of the 'conservative regime of [Prime Minister Shinzo] Abe' behind this, and that's not a good development."

In many ways, Japan may have painted itself into a corner with the vehemence of is opposition, Mulloy added.

"Tokyo can demand changes, but they cannot force UNESCO to comply," he said. "Or they could withdraw their funds and give up fighting their position. Either way, the end result is lose-lose and they just end up looking silly."