A Chinese man has been executed for murdering a Japanese family of four during a botched robbery. Japanese officials described the tragedy as an "extremely cruel and brutal case." 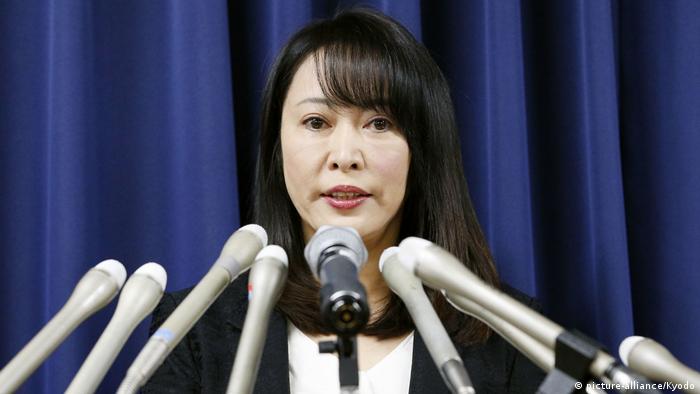 Japan on Thursday executed a 40-year-old Chinese man who was convicted of murdering a Japanese family in 2003.

Justice Minister Masako Mori said she had ordered the execution of the man "after careful consideration."

Wei Wei, a former language student, pleaded guilty to four counts of murder. However, he had consistently denied he was a central figure in the murder.

Two of Wei Wei's accomplices fled to China, where they were arrested and convicted for the murders. One of them received a life sentence while the other was executed.

Wei and his associates murdered Japanese businessman Shinjiro Matsuomoto during a botched robbery. His wife and two children were found drowned, strangled and smothered.

Their bodies were handcuffed and weighted down before being cast into Hakata Bay in Fukuoka.

"It is an extremely cruel and brutal case in which the happily living family members, including an 8-year-old and 11-year-old, were all murdered because of truly selfish reasons," Mori said.

More than 100 inmates are on death row awaiting execution. Prisoners, however, are not given advanced notice and are only told the morning of the execution.

Wei's execution is the first of its kind since the government started naming those convicted of capital punishment in 2007.

Big drop in executions around world

The UN, along with a number of states, have questioned whether the investigation was thorough enough. Three others received lengthy prison sentences, in addition to those given the death penalty. (23.12.2019)

The US Supreme Court sided with lower courts to keep executions of federal inmates temporarily on hold. The decision spoiled the Trump administration's plan to execute five federal inmates in the coming weeks. (07.12.2019)