Archaeologists have unearthed 1,500 human remains from a 19th-century burial site in Osaka. Experts believe the bones belong to local residents who may have perished in an epidemic that swept the region in the 1800s. 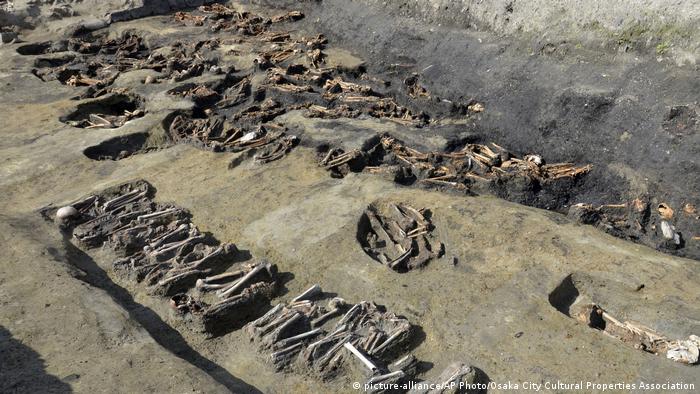 An excavation at a redevelopment site in the western Japanese city of Osaka has uncovered the remains of 1,500 people buried in a mass grave dating back to the late 1800s.

Officials from the Osaka City Cultural Properties Association said Wednesday the bones likely belonged to young people and children who lived in the area some 160 years ago.

"It was our first historical discovery of a burial site in Osaka," Yoji Hirata, an official at the association, said. "The findings will provide details of burial traditions of ordinary people back then.''

Many of the remains were found in small round holes. Some appeared to have signs of disease on the limbs, suggesting the burial site may have been for victims of an epidemic, Hirata said. He added that archaeologists also found coffins containing multiple bodies — a possible sign that people were buried together because they died of disease. 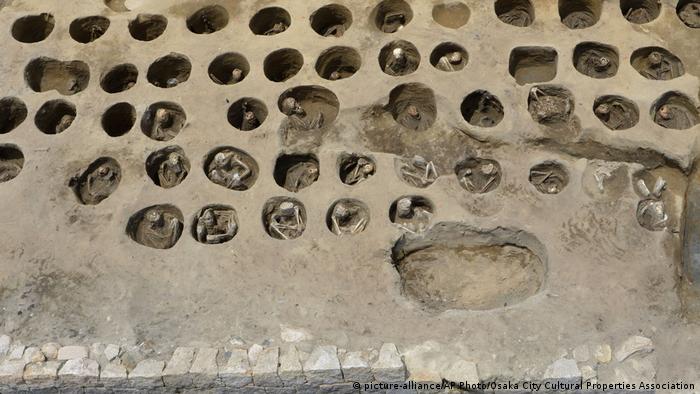 Experts will now study the remains in the hope of shedding light on what led to the deaths. Some researchers have pointed to an outbreak of syphilis in Osaka at the time as a possible explanation for the mass grave.

The discovery is part of the Umeda Grave, one of seven historical burial grounds dating back to the 1850s and 1860s during the time of Japan's late Edo and early Meiji periods.

It was excavated for a city redevelopment project near one of Osaka's main train stations and lies in what used to be a farming area outside Osaka Castle town.

Hirata said the dig that led to the discovery of the 1,500 remains got underway in September after an earlier study found hundreds of similar bones at nearby sites. 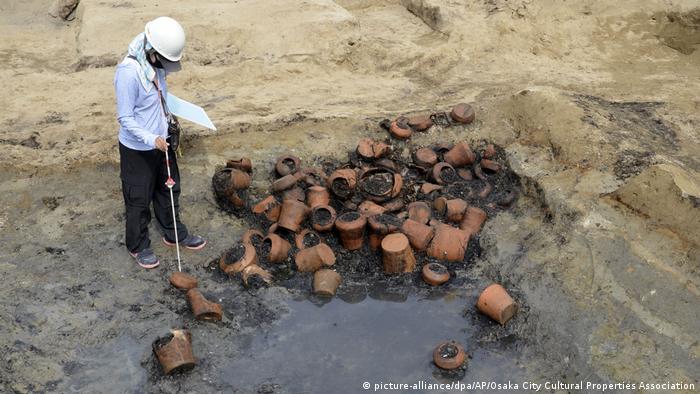 Archaeologists also discovered hundreds of urns at the site, as well as the remains of animals

Researchers also found 350 urns, as well as coins, Buddhist prayer beads, combs, sake cups and clay dolls that were believed to have been buried with the dead. They also unearthed the remains of animals, including four piglets, horses, and cats.

Hirata said the findings would be compiled in a report expected at the end of next year.

An ancient ocher mine discovered in submerged caves on Mexico's Yucatan Peninsula has given insights into the lives of some of the first inhabitants of the Americas. The site goes back around 12,000 years.

A team of archaeologists have found the remains of more than 60 mammoths at the site of a new airport being built to serve Mexico City. Excavators have also found animal and human bones in the area.

Archaeological evidence discovered in central Mexico suggests humans were living in the Americas at least 10,000 years earlier than previously thought. Scientists found hundreds of sophisticated tools at the site.