Ancient Jerusalem was smaller than believed

Through excavations on Mount Zion, German archaeologists found that the Jerusalem of the Old Testament period was apparently smaller than previously thought.

After a month of excavation on Mount Zion, just outside Jerusalem's Old City wall, the team of the German Protestant Institute of Archaeology (GPIA) made a surprising discovery: The Iron Age city wall in the south of Jerusalem's Old City was not found where it was long believed to have been standing. It's simply not there.

Archaeologist Dieter Vieweger and his team have been researching the course and dating of the city walls of Jerusalem during the 8th century B.C. to understand how large Jerusalem was at that time. 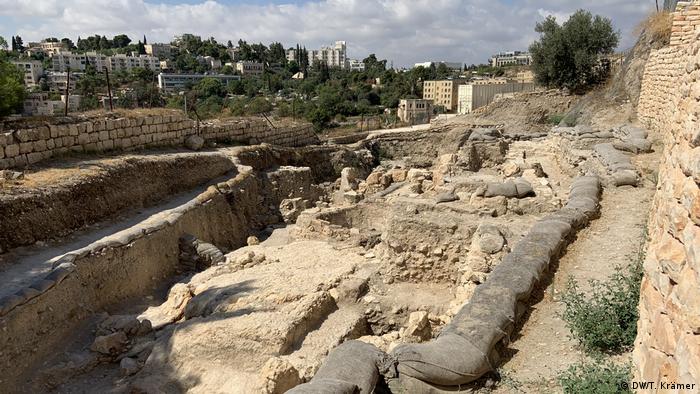 The excavation site on Mount Zion

"I am not the kind of person who likes to refute a colleague. I could have lived with it being from the Iron Age. But now at least we have solid evidence," Vieweger told DW.

Pixner believed he had located the wall, but the monk, who died in 2002, was perhaps too eager to confirm biblical reports, according to Vieweger, who added that his team was open to all possibilities, but that everything needed to be proven definitely: "And now we have unambiguous proof. The wall cannot be attributed to the Iron Age; the pottery sherds make this clear, and we have to live with that fact."

The few scattered sherds from the Iron Age that were found in the area served as additional proof that Pixner's dating was imprecise. Samples taken from different wall layers and foundations are still being tested and analyzed for more precise dating. 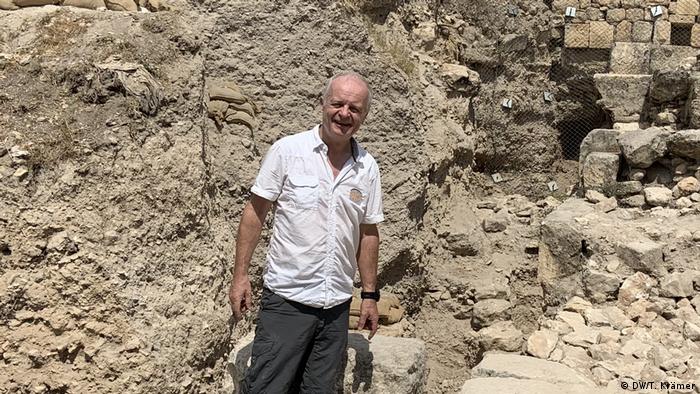 Dieter Vieweger's team has been digging on Mount Zion every summer since 2015. This year, the team was much smaller than usual, as volunteers were not allowed to enter Israel because of the coronavirus pandemic.

An area of 12 square meters (129 square feet) was removed down to a depth of 5.5 meters in order to search for the Iron Age wall. A wall that is still widely preserved within the hillside of the excavation area was of special interest, as it has been repeatedly mentioned in scientific discussions over the past decades as dating back to the 8th century B.C..

Historical sources suggest that during the period of the Old Testament, Jerusalem had taken in many Assyrian refugees from the north. That's one of the reasons why the Jerusalem of that period was believed to be significantly larger than what is today known as the City of David. "There was indeed a much larger city in the 8th century than under King David, but not as big as we had estimated. That means there were probably also fewer refugees than assumed," said Vieweger. Ancient city walls from the Byzantine and Herodian times

While excavating the area over the past years, the German archaeologists have secured city walls, gates and residential areas from other eras.

The excavation area will later be made accessible to visitors. They will be able to see parts of a city wall dating to the time of Herod the Great, including its famous "Gate of the Essenes," as well as a Byzantine wall and its city gate, which most probably dates to 4th century A.D..

Visitors can also explore the living quarters of an ancient neighborhood. Nearby, a precious mosaic was carefully excavated and documented. 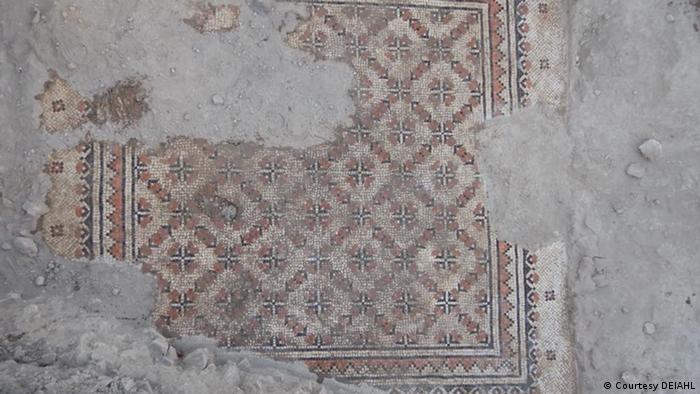 "When it comes to bigger finds, everyone wakes up. But of course, it is also about understanding the people who used to live here. How rich were they? What did they do in life?" explained Vieweger. "These are many small pieces of a puzzle that say something about a city or a specific neighborhood. Maybe the high society of that time used to live over there, and down here it was more the poor with their sheep and goats."

Even without the Iron Age wall, these are valuable finds revealing how people used to live during different eras inside or outside Jerusalem's city walls.

New search to solve the mystery

For the archaeologists, the new find means they basically have to start from scratch to find clues about the course of the Iron Age city wall in the south of today's Jerusalem.

Dieter Vieweger hopes that he might be able to find some evidence around the Benedictine abbey Dormitio on Mount Zion, not far from the current excavation area. A city wall would have followed the natural slope of the hill, above the adjacent valley, which is why he suspects that the wall he is looking for would have stood nearer to today's Old City wall, which dates back to the 16th century. 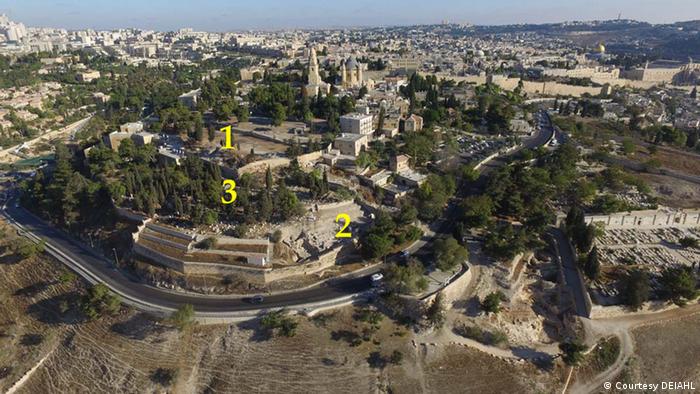 Current excavation sites of the German Protestant Institute of Archaeology

The Old City is, however, a densely built-up area, and possibilities for archaeologists to excavate are scarce. "Who would want to tear down their house voluntarily?" pointed out Vieweger.

Additionally, any archaeological dig in the Old City can turn into a political minefield, depending on where it takes place. After the capture and occupation of East Jerusalem by Israel in 1967, most of the "Moroccan" neighborhood near the Western Wall was demolished. It opened up a large area which was excavated before being rebuilt. "They were able to find some connecting parts, which is not always possible. We have to contend with a few pieces, here and there. Next year, we just need some luck at the Dormitio. Maybe it will allow us to solve the mystery of the Iron Age wall."

From early childhood, German archaeologist Heinrich Schliemann was obsessed with the Greek legend of Troy.  He was also the one who most famously excavated the city that fascinates people still today.