From early childhood, German archaeologist Heinrich Schliemann was obsessed with the Greek legend of Troy.  He was also the one who most famously excavated the city that fascinates people still today. 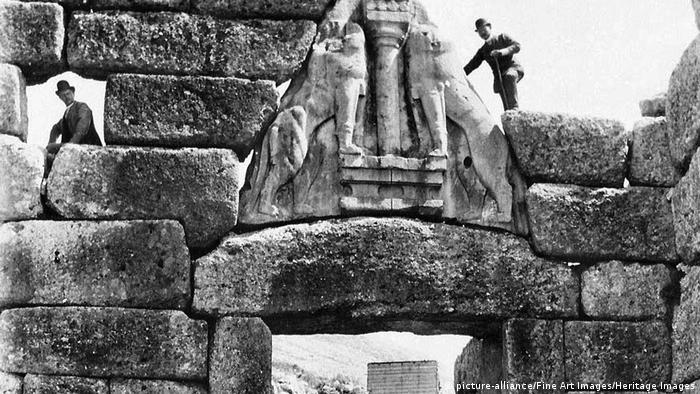 A Greek Armada sailed east, headed to the city of Troy. The goal was to bring back Helen, thought to be the most beautiful woman in the world, who had been abducted to Troy. The Greek army besieged the city for ten years, but it took a trick to win: The warriors hid in a gigantic wooden horse that the unsuspecting inhabitants of Troy thought was a gift and pulled into their city. The ruse was the city's downfall.

The Iliad by the Greek poet Homer recounts the tale and has since fascinated countless generations. "Despite its location in Asia Minor, Troy marks the beginning of European history," Ernst Baltrusch, a professor of Ancient History at Berlin's Free University told DW. Homer's Iliad was important in antiquity, and "via the Greeks and Romans, enthusiasm for the tale was carried on into the present," he says.

Heinrich Schliemann was also fascinated by the myth of Troy. When he was seven years old, he pored over a picture of the burning city he found in the book "World History for Children." He couldn't believe that its walls no longer existed — so he decided then and there that one day, he would dig up Troy. Schliemann held on to the dream for more than 40 years and actually began excavation work on April 9, 1870. 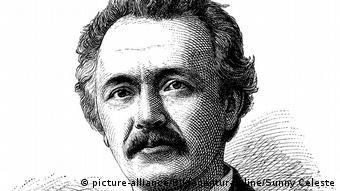 From early childhood onwards, the ancient world had always fascinated Schliemann. Yet his career path initially pointed in a different direction. Raised with eight other siblings in a pastor's family in the eastern part of the province of Mecklenburg, Schliemann started out as a tradesman, as his family could not afford to send him to higher education.

He ended up in Amsterdam. Within a year, he had learned to speak not only Dutch, but also Spanish, Italian and Portuguese, and later on even Russian. His extraordinary gift for foreign languages paved the way for a different career prospect: archaeology.

Moving to Russia, Schliemann became wealthy dealing in raw materials for the production of ammunition. Relieved of financial worries, he was able to study ancient Greek and Latin in Paris.

In 1868, he went on an educational trip to the Greek island of Ithaca, where he decided to look for the palace of Ulysses. From there, he traveled to the Sea of Marmara to make his way inland and begin the quest for Troy. During the entire journey, Homer's "Iliad" was his one and only true companion, the one book he considered his indispensable guide. 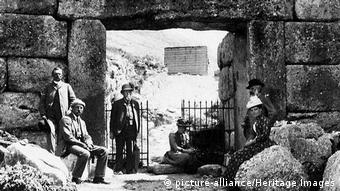 Schliemann and visitors at the Lion Gate of Mycenae

In 1871, when Heinrich Schliemann was 49, he discovered ruins of what he believed to be Troy under Hisarlik hill in the Troas region in the northwest of present-day Turkey. Schliemann was by no means the first person to believe the city described by Homer was at that particular location.

Before Schliemann, British archaeologist Frank Calvert had already begun excavations in the very same region. The two Troy-obsessed researchers ran into each other by sheer coincidence. Calvert had actually purchased the land around Hisarlik so he could continue with his work, but he lacked the funds to continue with his excavation attempts, which had run into a dead end.

Calvert persuaded Schliemann to pick up where he had left off. After running into a number of initial impasses, Heinrich Schliemann stubbornly continued with the excavations until in 1872, he encountered meter-high ruins belonging to a prehistoric city. Schliemann concluded that these walls had once been part of the fortification of Troy.

For both Calvert and Schliemann, it had been a difficult journey: The precise identification of the findings was rendered all the more difficult due to the city's long history, first mentioned in records dating back to 3000 BC.

Among his most significant discoveries in Troy, Heinrich Schliemann struck a cache of gold and other artifacts, which he subsequently baptized "the treasure of Priam" in 1873. He smuggled the gold treasure out of the country and gave it to the German government to showcase. The treasure was later lost in the throes of World War II, only to later resurface in Russia. It is now kept at the Pushkin Museum in Moscow. 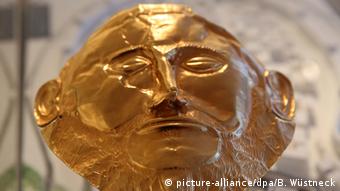 What Schliemann thought was Agamemnons mask - but wasn't

Schliemann's claim turned out to have been wrong: The presumed treasure of Priam turned out to be a relic from an unknown culture that had flourished 1,250 years before ancient Troy.

That wasn't the only time the German explorer had erred. At the Greek archaeological site of Mycenae, where Schliemann carried out excavations from 1874 to 1876, he drew a number of wrong conclusions, notably identifying a golden mask as having belonged to the ancient Greek military leader Agamemnon.

Errors and wrong conclusions notwithstanding, the world continued to venerate Heinrich Schliemann as one of the most significant archaeologists of all times.

Myth or reality, hero or charlatan?

The search for the ancient city of Troy never ceased for over thousands of years, and no one has conclusively proven that there ever was a Trojan War.

"What Homer wrote and what Schliemann took as the basis for his archaeology is still controversial today," Baltrusch says. "We don't know whether this war ever took place." What gave Schliemann credibility was his literal interpretation of the Iliad. "He studied ancient Greek for this book and then set off to find the sites. Schliemann assumed that the Trojan War was true history." 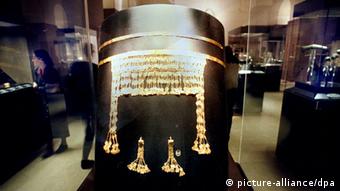 The presumed treasure of Priam

Schliemann has been called a genius because he invented research methods in the late 19th century that are still in use today. For a long time, however, Germans did not appreciate his achievements. Even today, he is controversial and often seen more as an adventurer than an archaeologist. He had no problem enriching his records with his stories of his own invention. Archaeologists today warn against imitating his methods because "he did not proceed according to the standards of archaeology of the time," said Baltrusch.

Schliemann's competitor Ernst Curtius never really respected him, and many researchers resented him for letting his workers dig deep trenches, irretrievably destroying important traces of settlements in the process. In England, however, Schliemann was celebrated as the discoverer of the legendary and mysterious Troy.

"Regardless of his archaeological approach, Schliemann will of course forever be associated with the name Troy," Baltrusch says. His work on the mythical city has "surely made him the most famous archaeologist in the world."