Troy in London: an exhibition shines a light on myth and reality | Culture | Arts, music and lifestyle reporting from Germany | DW | 22.11.2019

Troy in London: an exhibition shines a light on myth and reality

Myth or reality? The British Museum shows how Troy continues to inspire artists and archeologists today.

Scholars disagree whether Troy ever existed and where exactly it would have been. But the fascination for the city is undisputed. Its fate was immortalized about 2,800 years ago in one of the world's oldest epics, Homer's "Ilias."

Myth or reality? An exhibition at the British Museum in London will explore that question until March 8, 2020. About 300 exhibits show how the Trojan War and its heroes affected literature, painting, music, folk customs — and warfare. An installation by British sculptor Anthony Caro draws parallels between the brutality of the Trojan War and the Balkan conflict of the 1990s. The painting "Vengeance of Achilles" by US expressionist artist Cy Twombly shows a bloody spearhead.

"We recognize ourselves in the human aspects of the main protagonists," the exhibition's chief curator Alexandra Villing told the German Press Agency (dpa). That is why there are various exhibits from the contemporary world and the realm of pop culture, too, including posters from the 2004 Hollywood film "Troy" starring Brad Pitt and literary references by writers like Christa Wolf, Pat Barker and Margaret Atwood. 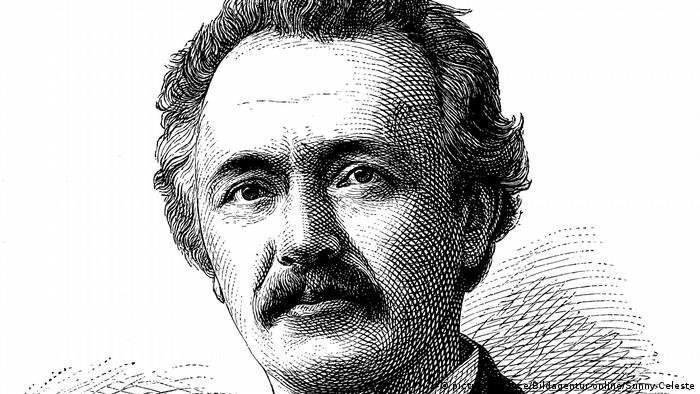 Heinrich Schliemann, a pioneer in the field of archaeology

The show also reveals how complex the Trojan War protagonists' personalities were. "The heroes are also murderers — it's about destruction, violence, conflict, grief and loss," says the British Museum director Hartwig Fischer, adding that the exhibition is "an appeal to end violence and destruction."

Myth or reality — German archaeologist Heinrich Schliemann went looking for the legendary city in what is now northwestern Turkey in the 1870s and claimed he found it. "Troy — Myth and Reality," the first major Troy show in London since Schliemann presented his findings there in 1877, dedicates a section to his excavation works and critically questions his methods and hastily-drawn conclusions.

Today we know that Schliemann's findings date to about 1,300 years before the Trojan War was believed to have transpired, including a cache of gold he attributed to the last king of Troy and accordingly named "Priam's treasure." However, the Schliemann exhibits on show are important in that they underline the fascnation with and longing for the vanished city. Many exhibits are on loan from the National Museums in Berlin, including two ceramic containers that survived two fires — one in the town Schliemann had decreed was Troy and another during the bombing of Berlin at the end of the Second World War.

Back in 1876, a German archaeologist found a golden mask he thought belonged to king Agamemnon. It is one of the highlights of a major exhibition on Mycenaean culture, one of Europe's earliest civilizations. (29.11.2018)