The justice ministry said the figure was a significant jump from 2014, when it accepted 11 refugees. Japanese human rights organizations have called for the government to recognize more asylum seekers. 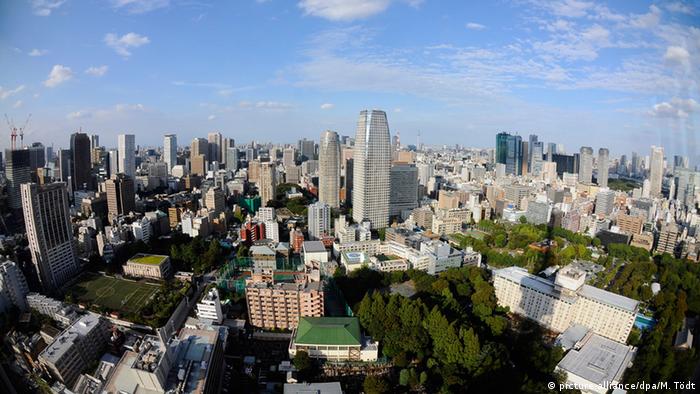 While Australia faces growing criticism over its asylum policy, DW examines the situation in some of Asia's wealthiest states where strict policies have led to a declining number of asylum seekers gaining refugee status.

The ministry said it received a record 7,586 asylum applications in 2015, with the majority of the requests being made from Nepal, comprising 1,768 submissions.

Other countries included Indonesia with 969 refugee applications, Turkey with 926 asylum requests and Myanmar with 808 submissions.

Of the 27 refugees, only three out of the five Syrians that applied were granted asylum. Other accepted applicants included six from Afghanistan, three Ethiopians and three Sri Lankans.

Despite by the remarkably low number compared to its allies Germany and the US, the Japanese justice ministry said the figure marked a significant increase from previous years.

On Wednesday, Japan's parliament approved $350 million (324 million euros) in humanitarian aid for Syrian and Iraqi refugees, which is to complement a $810 million package approved last year.

However, Japanese rights organizations have called for the government to accept more as the international community struggles to cope with a wave of migration across the globe.

"In Germany, the number of applicants last year was 1.1 million, and about half of them are expected to say," said Eri Ishikawa, chairwoman of the Japan Association for Refugees (JAR), reported the Japan Times.

"Japan has been criticized as a country that pays money, but is closed for refugees," Ishikawa added.

In a statement, the JAR said it hoped the government would discuss measures with the UN refugee agency and other non-governmental organization to "certify refugees in line with international standards.