Slovak businessman Marian Kocner has been found innocent of charges that he ordered the murder of journalist Jan Kuciak. The 2018 killing shocked the country and toppled the government.

A Slovak court has acquitted Slovak businessman Marian Kocner in the murder of journalist Jan Kuciak, saying there wasn't enough evidence to convict him.The court also found co-defendant Alena Z. not guilty of involvement in organizing the murders owing to lack of evidence.

An accomplice of the killer who was at the murder scene and drove the escape vehicle was found guilty and sentenced to 25 years in prison.

State prosecutors have pledged to appeal the verdict acquitting the suspects.

Kocner had been suspected of ordering the murder of Kuciak, an investigative journalist who was shot dead in his house on February 21, 2018, along with his fiancee Martina Kusnirova. Both were 27 years old.

Kuciak had been investigating illegal activities carried out by Kocner and the latter's connection to the ruling party at the time, Smer SD. 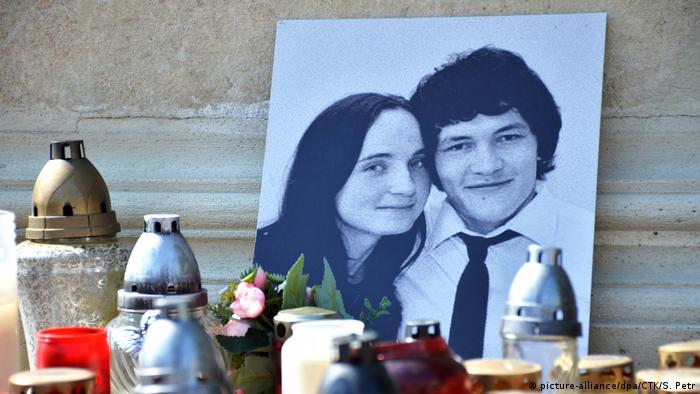 The murder of the couple sent shock waves throughout Slovakia

The actual killer admitted to the crime in January and was sentenced to 23 years in jail in April. Another man was sentenced to 15 year's imprisonment last year for involvement in the murder.

DW's Barbara Wesel, who was at the court house near Bratislava for the verdict on Thursday, said it was a "tremendous blow" to relatives of the victims and those hoping for change in Slovakia. 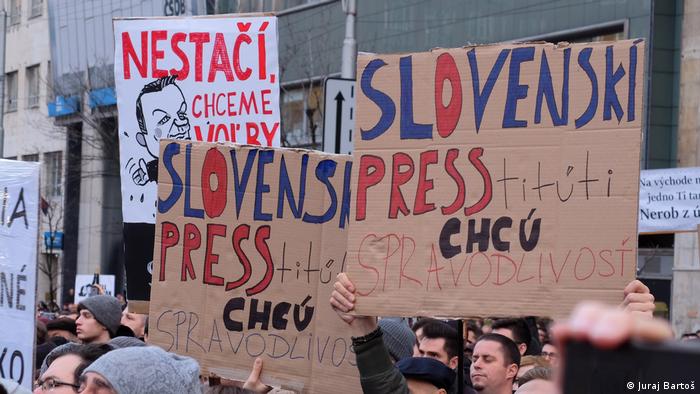 The father of the murdered journalist, Jozef Kuciak, told reporters that the verdict had left him feeling paralyzed. "We can only hope that justice will win out in the end," he said.

Slovak President Zuzana Caputova said she was "shocked" by the verdict, saying she believed it would not stand up to an appeal at the Supreme Court.

Prime Minister Igor Matovic also wrote on Facebook that it was "obvious" that those behind the murder wanted to avoid justice. "We are sure that the two can expect a more just verdict," he said, referring to the two acquitted suspects.

The murder of Kuciak and his fiancee led to massive anti-corruption protests in Slovakia and the resignation of the country's premier at the time, Robert Fico.

Kocner has already received a 19-year sentence in a separate case, having been convicted of forging €69 million ($81.6 million) in promissory notes. He has appealed the sentence.

On Thursday, he was also given a fine of €5,000 for the illegal possession of weapons, after ammunition was found at his house amid investigations into the murder.

Trial for murder of reporter Jan Kuciak begins in Slovakia

A Slovak court has given a 15-year jail sentence to a man over his role in the murder of journalist Jan Kuciak. Five were charged in the case but four remain on trial.

Slovakia's former Prime Minister Robert Fico was detained before a protest defying coronavirus restrictions. Fico is a vocal critic of anti-COVID measures in the pandemic-hit country.

Special units of Slovakia's police have detained several high-profile law enforcement veterans, including a former chief of police. The EU country is still reeling from the murder of investigative reporter Jan Kuciak.