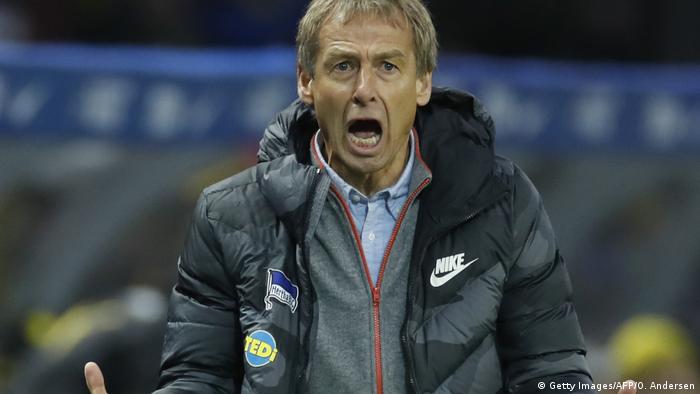 The front cover of the February edition of the German football magazine 11Freunde features a golden medallion with a diamond-encrusted Hertha Berlin crest. The headline: "How Jürgen Klinsmann plans to make Hertha a big deal."

After a summer of major investment in the Bundesliga club, this season was supposed to mark the awakening of a sleeping giant.

In the background: Lars Windhorst, the German businessman who has purchased a 49.9 percent stake in the club for €224 million ($244 million). And the public face: Klinsmann, the legendary former striker and ex-Germany and USMNT coach installed in November.

Forget boring old Hertha BSC, the Berliner Sport-Club with the half-empty stadium. Goodbye mid-table mediocrity. This, in the words of Windhorst, was Hertha BCC: the "Big City Club."

The glitzy 11Freunde front page is still beaming out from the shelves in newsagents and supermarkets across Germany. Inside, an eight-page feature outlines Klinsmann's grand plans. "Berlin has to think big!" the 55-year-old is quoted as saying about what he calls "the most exciting football project in Europe."

But it's already out of date. Just 76 days and around €80 million in transfer fees after taking the job, Klinsmann is gone.

He didn't feel the "trust" of those in charge, he said on Tuesday in a statement on his Facebook page on which he had previously uploaded personal video updates and interacted directly with fans. He felt the "unity, togetherness and concentration" needed in a relegation battle were missing. In an interview with Bild, he complained that there were "different thought processes" at work.

"As I understand it, a manager should have total sporting responsibility, including over transfers," he said, contrasting the role of a German "coach" to that of a British "manager."

"That gives the position more power but the system in Germany has developed differently with sporting directors."

According to German football publication Kicker, Klinsmann wanted to install such an English-style model this summer. In a Facebook Live chat on Wednesday evening, he said: "It bothered me that someone was always sat there commenting on players and referees. We were at loggerheads."

That someone can only be understood to have been Michael Preetz, Hertha's sporting director, who had reportedly vetoed Klinsmann's plans to install himself as "technical director" on a two-year contract. Not only would such a position have rendered Preetz's own role obsolete, it was hardly the time or place for such discussions given the team's sporting predicament. 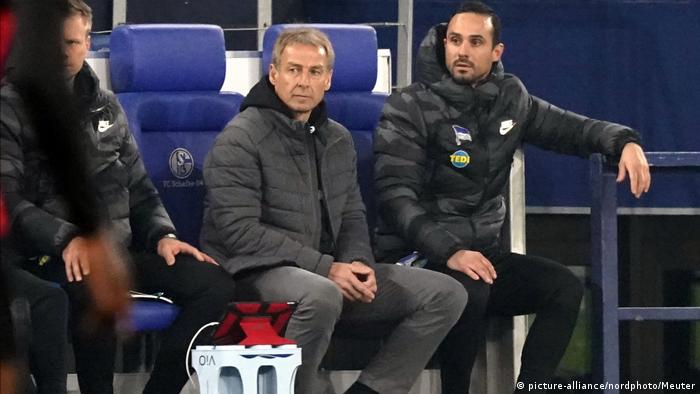 Klinsmann insists he's done a good job after taking charge of what he dramatically called a "suicide mission." But after just nine Bundesliga games in charge (three wins, three draws and three defeats), he's left Hertha 14th in the league — three points behind local rivals Union Berlin, level on points with newly promoted Cologne and only six points clear of the relegation zone.

They were also knocked out of the cup last week despite leading 2-0 away at Schalke, while one outlet described the performance in Klinsmann's final game against Mainz as "disappointing and at times horrifying."

If it's more sporting responsibility that Klinsmann wanted, there's already more than enough of that for him to take. In his 11 weeks in charge, he installed an entire new coaching staff including a new goalkeeping coach, a fitness trainer and a performance manager. His assistant coach, Alexander Nouri, formerly of Werder Bremen, will now take over as interim coach despite having only been at the club for two and a half months.

On the pitch, Klinsmann's Hertha highlights included 1-0 wins over Freiburg and Leverkusen and goalless draws against Borussia Mönchengladbach and Schalke. The 2-1 triumph in Wolfsburg looks better than it actually was. Otherwise, there has been nothing like the sort of offensive élan on show that marked Klinsmann himself out as a player.

And yet, German media reports suggest that Klinsmann (or at least his representatives) was even demanding a pay-rise. "Delusions of grandeur," one club employee told local paper Tagesspiegel. "Completely bonkers." In his Facebook chat, Klinsmann denied that money had anything to do with it.

Reap what you sow

But should Hertha have seen this coming? Klinsmann has left a trail of destruction behind him everywhere he's been. His only other experience in club management was one season in charge of Bayern Munich, which ended without a single trophy. Even Nico Kovac, one of the names in the ring to succeed Klinsmann at Hertha permanently, won the double in Bavaria.

In Germany, Klinsmann is associated most closely with the 2006 World Cup, the so-called Sommermärchen or "summer fairy tale" on home soil, when he led Die Mannschaft to the semifinals. In his defense, he is considered the modernizing catalyst behind the Germany's infamous revamp which ultimately led to the 2014 triumph in Brazil. In hindsight, it's clear that assistant coach Joachim Löw was the real power behind that throne.

In 2011, Klinsmann took on the USMNT job promising a similar modernization, turning the entire system on its head and doing things his own unique way. He did get them to the round of 16 at the 2014 World Cup, but was sacked after a poor start to the Russia 2018 qualifying campaign. 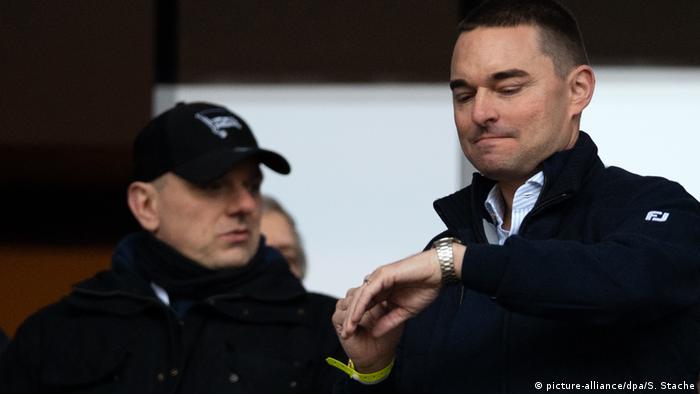 Windhorst pledged to bring the Champions League to the capital

The whirlwind has swept through Berlin quicker than expected and the German media have been queuing up to deliver their scathing verdicts. Kicker called Klinsmann "disloyal and selfish" while the Süddeutsche Zeitung said "his behavior is neither helpful nor proper." The Frankfurter Allgemeine Zeitung believes he "has no future in Germany." Indeed it appears that Klinsmann won't even be able to return to his original role on Hertha's advisory board as he had wanted.

Others have focused on Hertha themselves who, after a great deal of fanfare surrounding Windhorst and Klinsmann, are back to square one.

"After the airport, Hertha have more than earned their reputation as the city's second biggest joke," wrote local public broadcaster RBB, referring to Berlin's new airport which, 14 years after construction began, still isn't open. "It's the biggest ****-up in a city rich in ****-ups," scoffed Die Zeit.

With their modern marketing campaigns and bizarre English language slogans, Hertha have made themselves an easy target for critics in recent years, perhaps somewhat unfairly. Windhorst's millions were supposed to change all that and catapult the Big City Club into the Champions League.

But as it stands, it seems like Jürgen Klinsmann has left a Big City Circus in a relegation battle.

Gegenbauer: "Jürgen Klinsmann has not only left his role as head coach but also the entire project. However the external impression that the club is in chaos is not correct. Of course we are in shock but we have continued to work professionally, and I thank Michael Preetz and my colleagues for that."

Windhorst: "I regret that Jürgen Klinsmann has left us so abruptly. I have spoken with him on the phone and he has apologized for the manner of his departure which was, unfortunately, unacceptable. You can act like that as a young person but not in business among adults. He also understands that."

"We decided to invest in Hertha BSC because we are convinced that this city deserves a successful, traditional club – and our aims have not changed. There is no reason why Hertha cannot play a leading role in Germany and in Europe. It simply doesn’t exist. It’s not rocket science. It just requires certain ingredients, one of which I am providing."

Preetz: "There were different interpretations of the role of head coach, and our interpretations differed. When there are disagreements, I am used to talking about them and discussing them. But you can’t do that when you turn around and walk away."

Hertha Berlin have turned to former Germany, Bayern Munich and USA coach Jürgen Klinsmann after sacking Ante Covic. The World Cup winner had been set for a seat on the board but Hertha's form has changed their plans. (27.11.2019)

Bundesliga: Jürgen Klinsmann can succeed at Hertha Berlin but will need support

Jürgen Klinsmann returned to the Bundesliga after 10 years away from club management. His team suffered a narrow defeat, but success is possible for the 1990 World Cup winner. (30.11.2019)