Directors of Sardex, a regional mutual credit network encompassing several thousand small and medium-sized businesses on the Italian island of Sardinia, are thinking big — even globally — but moving cautiously. 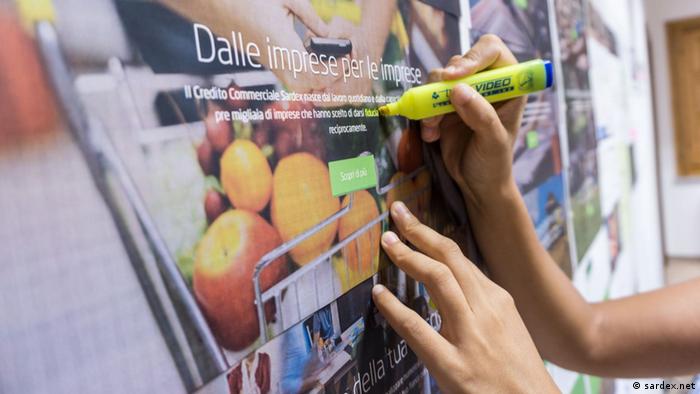 The basic idea behind Sardinia’s business-to-business (B2B) electronic credit system is a simple one, even if its execution is somewhat more complex.

The country's first regional currency, Sardex, gives several thousand participating small- and medium-sized enterprises (SMEs) the opportunity to participate in a system of mutual credit and do business with other local companies.

All Sardex members have access to a searchable database of all the network's members. They can post trade offers on Sardex's web platform, and they're encouraged to look for business opportunities within the network. Many join WhatsApp or Telegram groups comprising hundreds of members, to stay in touch and make each other aware of offers.

In addition, Sardex employs deal brokers whose job is to identify possible trading opportunities within the network. The brokers call up business owners to suggest deals, for example, by proposing plumbers, electricians, and builders they could cooperate with on a local construction project.

"The point of Sardex is to facilitate new sales that would otherwise not occur, and make use of idle capacity," said Giovanni Dini, who works on Sardex's research and development team. "By joining Sardex, a participating SME should see growth in its transaction volume with other Sardinian businesses."

Each new member's annual fee is individually negotiated, and amounts to a small fraction of its estimated underutilized business capacity.

Members avoid paying each other for goods and services through normal financial channels. Instead of using cash, bank transfer, or standard credit cards to settle transactions, the euro-denominated amount (1 SRD equals €1, $1.16) can be recorded as a debt the buyer owes the Sardex network, not the seller. The seller, in turn, records a credit to their Sardex account. This credit is, in effect, a debt owed by Sardex to the seller.

In this way, Sardex members can buy and sell from each other even if they're cash-strapped, or have difficulty gaining bank credit. As an added benefit, there is no interest charged or paid on Sardex account balances.

There are limits to the volume of trade a Sardex member can or should do, as a proportion of its total business volume. "We recommend no more than 30 percent of the total," Dini told DW. "Most of that should be additional transactions, i.e., sales that would not have been made if the business hadn't been a member of the Sardex network."

A key reason for the 30 percent limit: Value-added taxes continue to be due on all transactions, and taxes are only payable in conventional bank euros or in cash. If a business were to do 100 percent of its trade in Sardex credits, it would end up owing a lot of euros to the Italian treasury, but would have no euros in the bank to pay its taxes.

Tourism, construction and retail are among the sectors most active within the network. 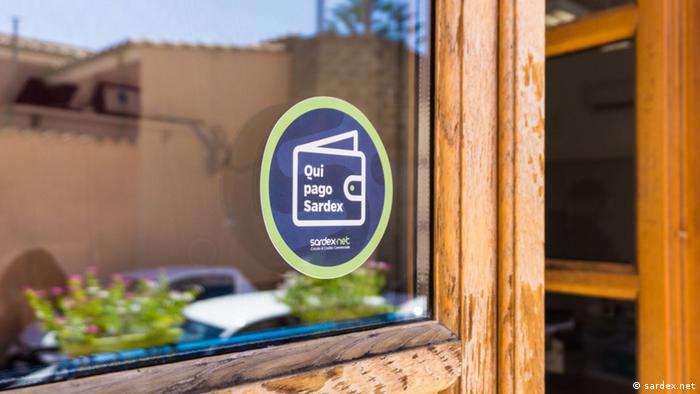 Sardex has expanded considerably since it came into being, signing up close to 4,000 SMEs as full members

Those numbers don't include transactions in 11 additional regions of Italy where Sardex has initiatied B2B credit clubs within the past couple of years, all of them using the same web- and app-based credit circuit technology platform Sardex developed for Sardinia, but each running its own separate regional B2B credit circuit. Veneto, Marche, and Lombardy are among the 11 regions.

"We have to be careful," Dini added, "our top priority is increasing within-region trade. Sardex was founded as an instrument to stimulate jobs and trade within Sardinia, one of Italy's economically depressed regions. If we open interregional trade too much, we'll end up reproducing the same imbalances in trading relationships that already exist, with some regions being big net exporters and others running up debts as net importers."

In each region, Sardex has partnered with a local entrepreneur to run credit-club recruitment and operations. Transaction volumes outside Sardinia totalled €14 million in 2016; they nearly doubled to €26 million in 2017.

Given that Italy's GDP in 2017 was about €1.72 trillion, these numbers are tiny in comparison. But members of one of these regional B2B credit clubs can see meaningful benefits at their own scale of activity, for example, a tradesman or tour operator might see an extra €30,000 a year in transactions.

The Sardex model has been successful enough that it has attracted attention from all over Europe, and even beyond: "We've had non-government organisations, entrepreneurs, regional and municipal governments, and even one national government come to us and express interest in setting up a mutual credit network using our platform," Dini said.

But Sardex's founders and managers are moving carefully, to avoid over-extending their capacities, and to ensure that they have thoroughly worked out all aspects of the business on Sardinia first, the researcher and developer added.

The importance of the man on the ground

Some of the regional credit circuits Sardex has set up with partners in other regions are doing better than others. According to Dini, the most progress has been made in Italian regions which are already relatively prosperous, such as the Veneto and Marche regions.

Factors driving a regional network's success, according to Dini, include, "the skill of the partner team on the ground, their dedication, and their luck. They need a good pitch for recruiting new members, they need to know their territory well, they need good salespeople."

In addition, it makes a difference how big a region's pool of SMEs is, Lombardy or Veneto have multiple times more businesses than Sardinia or other southern Italian regions, which makes member recruitment easier.

"The online credit circuit platform itself is only one element for building a successful mutual credit network," Dini emphasised. "Going out and recruiting new members face-to-face, teaching them how to use the platform effectively, providing effective deal-brokerage services — these are essential too."

Sardex has indicated it's in touch with entrepreneurs in Germany and elsewhere to discuss the possibility of setting up a regional B2B credit circuit there as well, and the company hopes to be able to announce its first step beyond Italy sometime in early 2019.

"We're seeing that our B2B credit circuit model is interesting to entrepreneurs in prosperous regions too, not only to businesses in economically depressed regions."