Sardex is an innovative regional B2B credit club on the island of Sardinia. It helps member businesses find opportunities to trade with each other. It has become so successful that it's spreading to the rest of Italy. 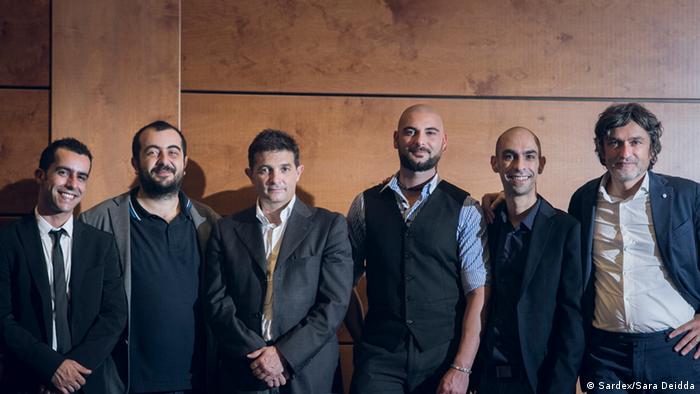 Sardex's mission is to help revive the economy of Sardinia, the big island west of the Italian mainland. Leaning forward in a sunlit courtyard next to his office, Sardex co-founder Giuseppe Littera's face glows with zeal.

"Our vision was to help create wealth and opportunity here at home," Littera told DW. Lack of economic opportunity is causing people to leave the island - especially people with skills. The Sardinian economy has been in the doldrums for years.

Sardex is a regional business-to-business (B2B) "commercial credit circuit," or "credit club" - a members-only network that allows local Sardinian small and medium-sized enterprises (SMEs) to do business by extending each other euro-denominated credit rather than paying in cash.

Several years ago, Littera and several friends (pictured at top - Littera is the second man from the right) co-founded Sardex in Serramanna, a small farming town in southern Sardinia where they were born and raised. After difficult early years, the startup has recently become a roaring success. 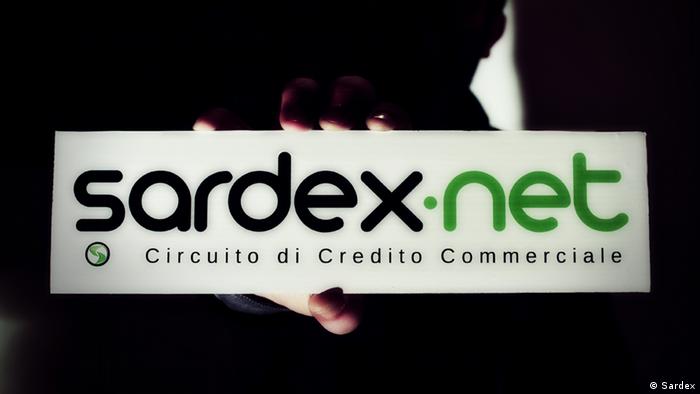 Sardex's logo is now displayed by the more than 3,200 small and medium enterprises (SMEs) on Sardinia that are members of the credit club

Sardex member businesses gain access to an online platform that allows them to do business by extending each other credit. A dentist, for example, can offer to fix the teeth of a carpenter and be paid in Sardex credits. The dentist can then use Sardex credits she's earned to buy groceries from a grocer. The grocer, in turn, can use the Sardex credits he's earned to pay the carpenter to build some new shelving for his store.

That closes the "credit loop" - and several transactions have occurred without anyone having to pay any actual euros.

"Over the course of the year, each Sardex member business is expected and encouraged to buy and sell goods or services using Sardex credits in roughly equal volume, so their net credit balance fluctuates around zero," Littera explained. "That's necessary for the system to work."

Each Sardex member negotiates an upper limit to how much Sardex debt they can get into, and how much Sardex credit they're willing to accept in payment. All details of each member's credit status and limits are open for online viewing by other members. "Trust is a key part of this system," Littera said. "Transparency helps build trust." 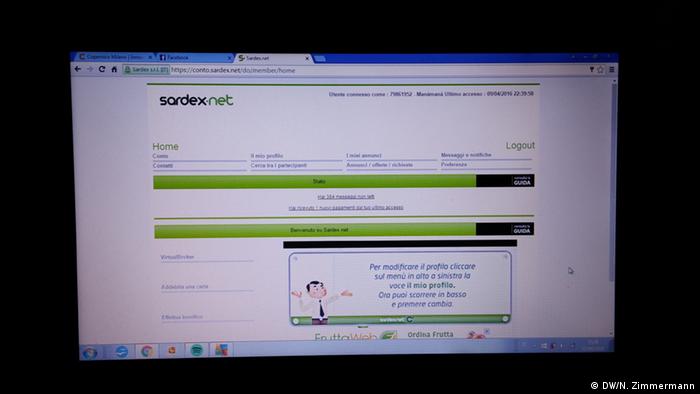 In addition to providing the online platform and credit accounting framework, Sardex actively helps members find trading opportunities. Sardex brokers monitor members' online offerings and accounts, looking for possible matches – say, an olive oil producer and a grocer. They call up prospective counterparties and suggest they do business with each other.

"In 2015 we had 51 million euros in transaction volume," Littera said, adding that most of it was generated by a highly active minority comprising around one-quarter of Sardex members. "Our goal is to sign up 10,000 subscribers, or about 10 percent of Sardinia's businesses. We're at 3,200 now."

After gaining its first paying member in 2010, Sardex spent its early years in a determined but difficult struggle to build its membership base. Recently, the Sardex network has become very successful – so much so that it turns away far more SME applicants than it accepts, "because it's important to keep a balanced portfolio of members," Littera said.

A B2B credit club that includes too many carpenters, for example, would mean that most individual carpenters in the network would end up doing very little business with the dentists, grocers or farmers in the network, and so the carpenters would feel their Sardex subscription fees had been wasted.

The business model of the Sardex corporation itself - the way it funds its own operations - is simple: Member businesses play a flat annual fee to Sardex, ranging from several hundred to a few thousand euros, depending on the size of the business. There are no transaction fees, and members are welcome to call Sardex's B2B brokers for advice or help anytime they like. 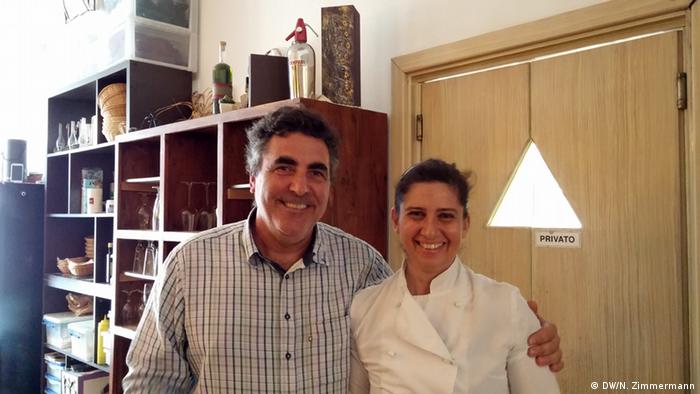 Vincent Onorati and his wife own the Manamana Cafe in Cagliari, Sardinia's capital city. They're Sardex members

Sardex's brokers have gained an increasingly detailed understanding of Sardinia's economy through their interactions with thousands of small and medium enterprises. As a result, they've sometimes been able to spot market niches that local businesses could fill.

"An important aspect of what we do is to help Sardinian businesses buy products from each other rather than from off-island suppliers," Littera said. "That saves on transport expenses, and it strengthens the local economy."

But Littera cautioned that Sardex credit can only supplement regular euro-denominated cash-flow, not replace it. Business need to earn regular euros in order to pay their value-added tax obligations to the Italian government (VAT is at 22 percent in Italy), and in order to buy from suppliers who aren't members of the Sardex network - including all off-island suppliers.

"A Sardex member business should aim for at most 20 percent of its annual turnover to be in Sardex credit, with the rest in normal euros," Littera said.

Littera's friend Tore Cubeddu is an exception to the 20-percent rule. Cubeddu, a bubbly, cheerful and energetic man who - like Littera - has lived in Germany and speaks several languages fluently, is the founder of ejaTV, a local web-TV broadcaster based in Cagliari, Sardinia's largest city. EjaTV's five full-time staff prepare video reports on Sardinian culture, tourism, and the local economy. The company is 50-percent owned by Sardex and doubles as Sardex's in-house media unit. 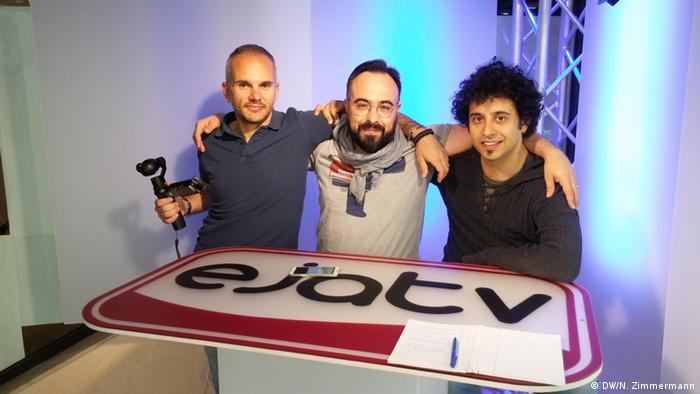 Sardex member and regional Sardinian TV entrepreneur Tore Cubeddu (center), founder of ejaTV, and two of his team at their headquarters in Cagliari

"About 30 percent of ejaTV's monthly revenues are in Sardex [credit], with the rest in euros," Cubeddu said. "I do a lot of business in Sardex. In fact, I paid the bricklayer who built my house entirely in Sardex - and he paid for the material entirely in Sardex too."

The inherent upper limits on the scope of Sardex's membership mean that while the company can help some businesses, it's unlikely to turn around the island's economy all on its own. Even the company's home town continues to struggle economically.

"Last year, the county of Medio Campidano, which includes Serramanna, shrank from 106,000 down to 100,000 people. Bank lending has been shrinking year-on-year too," Littera said. "Many people are depressed. They've given up hope of finding work, or they go abroad, to Germany or London. I was one of them." Littera studied German and English in Tübingen and Leeds, and speaks both languages fluently.

Operating a B2B credit club has given his company an intimate understanding of Sardinia's economy, and so Sardex has recently begun advising the Sardinian regional government on economic stimulus ideas, Littera said. 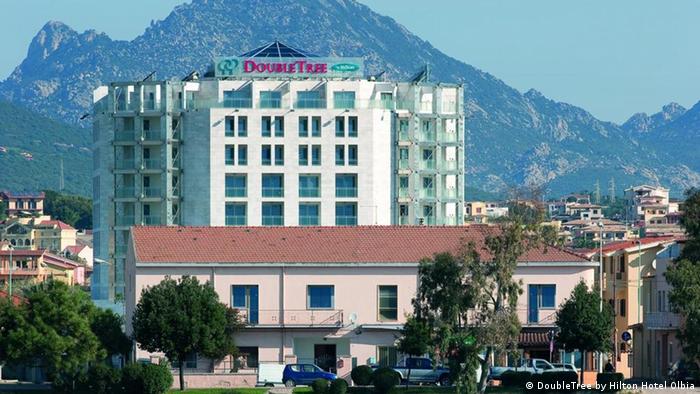 Major expansion in the works

A little over a year ago, Sardex began to replicate its business in seven other regions of Italy, including Lombardy and Sicily. They hired a small founding staff of three or four people in each of those regions, whose job is to recruit SMEs to a regional credit club.

"We need about 600 member businesses in each region to reach break-even, based on our experience in Sardinia," Littera said. "We just got a 3-million-euro investment this April from a consortium of public and private investors, so that's how we're financing our expansion."

Each regional credit club will operate independently - that is, Lombardy members will only trade with other Lombardy members, not with Sardinian members. The point is to foster intra-regional, local trade.

Littera believes a total annual transaction volume of a billion euros is a realistic goal for Sardex's credit clubs in Italy. That's only a small fraction of Italy's GDP, he noted.

"If the Italian government were someday willing to accept Sardex credits in payment for taxes - well, that would completely change the picture. We could grow much bigger," he said. "But getting permission to pay taxes in Sardex credit - that isn't likely to happen."

Within a few years, Sardex may expand to other countries. "We've been getting enquiries from all around the world – Brazil, Croatia, UK and Catalunya, for example," Littera said. "We're interested in expanding beyond Italy, but we're moving carefully. Our approach is to under-promise and over-deliver, not the other way round."

Italian authorities have announced they secured a record amount of payments from tardy taxpayers across the nation. The successful haul came on the back of a campaign appealing to people's conscience. (01.03.2016)

Italian banks are in trouble, burdened by an estimated 200 billion euros' worth of non-performing loans. Now bank balance sheets are to be cleaned up. But will that be enough to re-start Italy's sputtering economy? (29.01.2016)