The Italian government answered pleas from the island's mayor by removing some people camps there. The migrants, 220 of whom were infected with COVID-19, will quarantine on large ferries before disembarking in Sicily. 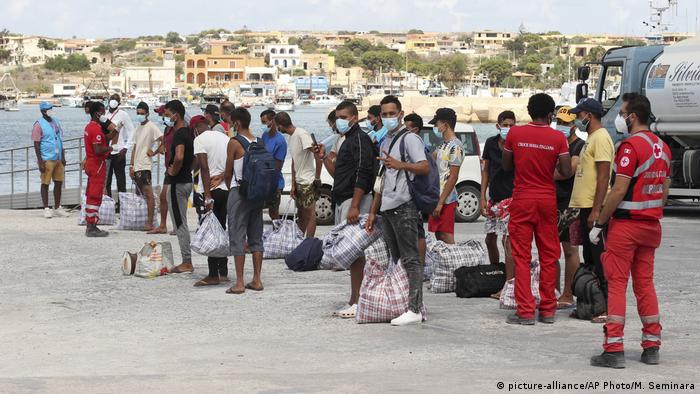 Italy completed the evacuation of some 2,500 migrant asylum seekers from the island of Lampedusa on Tuesday. Italy's AGI news agency says 220 of them were infected with COVID-19.

The operation stretched over several days and involved five large ferries as well as a number of coastguard and other vessels that shuttled migrants to the larger ships as these were kept from docking due to high winds and rough seas.

The people are now headed to the ports of Augusta, Palermo and Trapani, Sicily, but will first spend two weeks quarantined on the ferries. After that, they will await decision on their asylum applications — which can take up to two years — in Sicily or elsewhere in Italy. 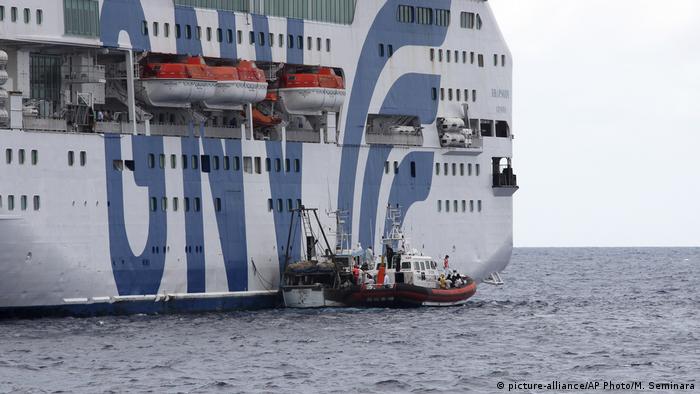 The migrants will quarantine on large chartered ferries, some embarked at the weekend

Last week, Lampedusa Mayor Toto Martello threatened "the whole island will go on strike" if the government did not provide relief. The agreement to transfer the migrants was brokered during a meeting between Martello, Italian Prime Minister Giuseppe Conte and Sicily's center-right leader Nello Musumeci.

Martello called out Rome for its "frightening silence" on Lampedusa's predicament. The island has faced hopeless overcrowding at its migrant center, which has a capacity of less than 200, and has been desperate for help.

Musumeci had previously ordered Sicily's migrant centers closed but the move was struck down by the regional court in Palermo.

Lampedusa has been a major landing spot for African migrants seeking to reach Europe since the late 1990s. The United Nations Refugee Agency (UNHCR) says migrant crossings of the Mediterranean are up 91% compared to last year, with many new arrivals coming from Tunisia.

Some 20,000 migrants are thought to have landed in Italy between January and July according to UNHCR. Italy and neighboring Malta, which have borne the brunt of Europe's influx of migrants — along with Greece — have repeatedly called on European partners to take in some of the migrants who land on their shores.

So far, few have heeded the call, leaving the countries beleaguered as more asylum seekers arrive each day. Most of those migrants arriving in Italy have been deemed ineligible for asylum as it was determined they were not fleeing conflict or persecution but rather poverty.