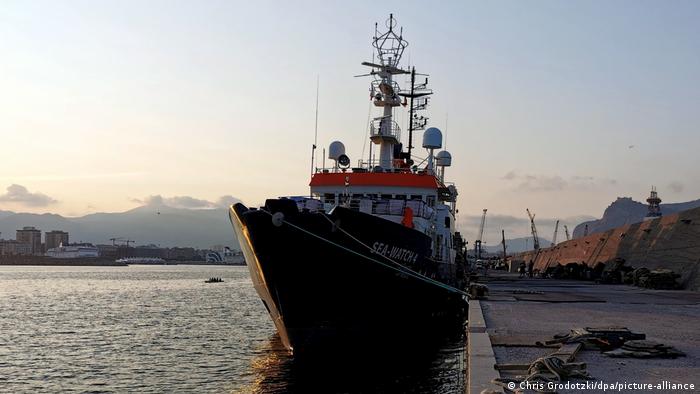 Italian port authorities have impounded the German-flagged NGO ship Sea-Watch 4 in Palermo after an 11-hour inspection, aid organizations who operate the vessel said on Sunday.

According to the groups, which include Germany's Protestant Church (EKD) and Doctors Without Borders (MSF), officials had justified the measure by saying saving people was not in accordance with the ship's registration.

Among other things, the Italian authorities objected that the vessel had too many life jackets on board and that the sewage system was not adequate for the number of people rescued.

"These flimsy excuses show once more that it is not a matter of checking the ship's safety, but a deliberate measure to prevent civilians carrying out sea rescues in the central Mediterranean," said Philipp Hahn, head of operations on the Sea-Watch 4.

Another of the groups operating the ship, United4Rescue, said that German authorities had confirmed to the Sea-Watch NGO in July that the ship met all safety requirements.

The Sea-Watch 4 has been in the Sicilian port of Palermo since early September, when it brought rescued refugees and migrants to a quarantine vessel there. The crew has gone through two weeks of quarantine because of the coronavirus pandemic.

According to United4Rescue, it is the fifth time that a civilian rescue ship has been thus impounded. Sea-Watch 3 was confined to port for almost six months in 2019.

The incident comes as European authorities struggle to find a common line to deal with the steady flow of migrants and refugees trying to cross the Mediterranean from Africa, mostly Libya, to Europe.

Italy, which has seen thousands of people land on its shores owing to its geographical position, has often taken a hardline stance, including by refusing to allow ships carrying rescued migrants and refugees to dock.

Italy's Coast Guard cited "technical irregularities" and said the ship was carrying too many passengers. SOS Mediterranee, the aid group that runs the ship, called the move "a new level of official harassment."