Italy heads to the polls in fractious election

Italians are casting ballots in an election pollsters say will likely result in a hung parliament. A bid for power by a group led by scandal-ridden former premier Silvio Berlusconi has added spice to the campaign. 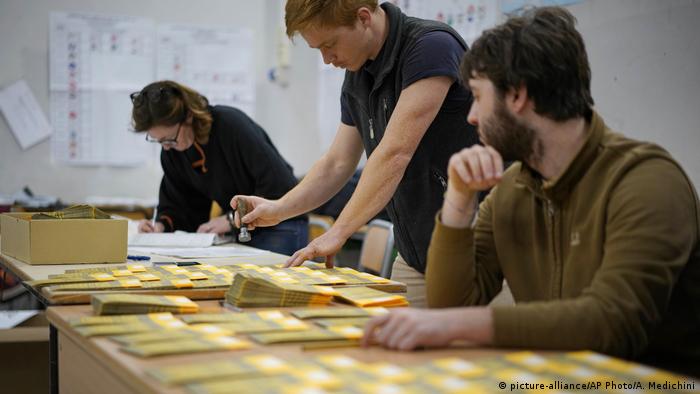 Polls opened in Italy on Sunday in an election widely seen as a three-way race between a right-wing alliance led by former Prime Minister Silvio Berlusconi, the left-wing euroskeptic 5-Star Movement (M5S) and the ruling center-left Democratic Party (PD).

The latest poll conducted by Euromedia Research put Berlusconi's coalition in the lead with 38.6 percent of the vote. The alliance, which teams the center-right Forza Italia with three other parties including the far-right Northern League, has campaigned on an anti-immigration platform, while also promising tax cuts.

Berlusconi, 81, who was expelled from the Senate in 2013 following a number of scandals, including allegations of sex with minors and various abuses of power, is banned from holding public office until 2019 but has vowed to remain "custodial" leader of Forza Italia until the ban expires. He said Thursday that he would like to see European Parliament President Antonio Tajani, known for his moderate views, as the head of a future government. 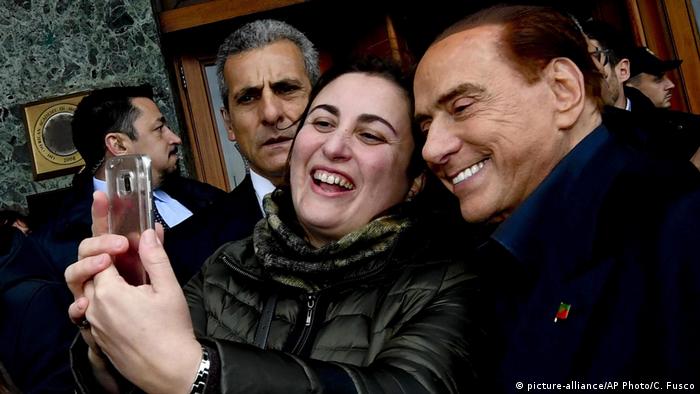 The day before the vote, Berlusconi was posing for selfies on the streets of Naples

The M5S under Luigi Di Maio is also expected to perform well and gain the most votes as a single party. Despite its euroskeptic platform, the party has pledged not to work towards an exit from the eurozone or NATO.

However, a system introduced last year under which one-third of seats will be attributed on a first-past-the-post basis, with the rest divided up by proportional representation, is likely to dash the party's hopes of leading the next government.

The Democratic Party (PD) under incumbent Prime Minister Paolo Gentiloni has failed to capitalize on a slight economic recovery following a severe recession, and is likely to finish in third place, according to polls.

Both Gentiloni and the leader of the PD, ex-premier Matteo Renzi, have warned against the rise of populists and extremists both on the right and the left.

Sunday's voting was hampered by the delivery of the wrong ballots to Palermo, on the island of Sicily, forcing some polling stations to remain shut while some 200,000 voting slips were speedily reprinted, the Associated Press news agency reported.

Some early voters in Rome complained about changes to the voting system, which requires an anti-fraud check. Residents said the new policy was confusing and took too long.

The election result is of considerable significance to the European Union as it struggles to retain cohesion amid a number of pressures, including Brexit and the lack of solidarity on immigration and justice issues shown by some of its members.

Italy is set to become the third-largest economy in the EU after the United Kingdom leaves the bloc in March next year, making it a major partner for Germany and France.

Polling stations are to shut at 11 p.m. local time (2200 UTC), with exit polls to be released shortly afterward.

Recovery at stake as Italy votes