People crowded onto trains on Saturday night to preempt government measures aimed at stopping the spread of COVID-19. Italian media and politicians have been criticized for the confusing rollout of the new controls. 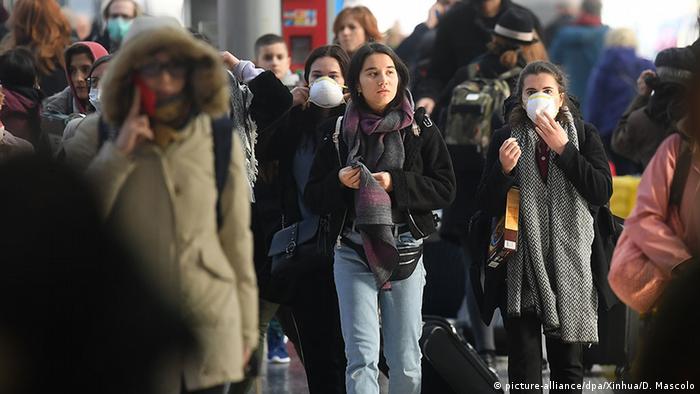 Confusion took hold across northern Italy, —the region hardest-hit by the novel coronavirus COVID-19 — after the country's most reputable newspaper on Saturday published a draft of a lockdown order before it had been decreed by the government.

Official information, which was only released hours later, was criticized for being unclear and badly written, leaving many people — who were about to come out of quarantine — still unable to go home or unsure of what they should do next.

The Corriere della Sera, one of Italy's most prestigious dailies, reported on Saturday evening that the government was going to stop anyone leaving or entering certain areas of the north including the entire region of Lombardy as well as the provinces of Venice, Modena, Padua, and Treviso.

The decision effectively put a quarter of the country's population — some 16 million people — under measures to curb mobility and assembly, including the cities of Milan and Venice.

The draft of the decree was soon picked up by many other major news outlets, prompting a deluge of people to railway stations across northern Italy where they crammed onto overcrowded trains, attempting to shield their faces using scarves, hats, and gloves. Many people feared it would be their last chance to leave until the measures were lifted on April 3.

The chaotic scenes also led to fears that infected people from the north who do not have symptoms yet could carry the virus to the rest of the country.

"Get off at the first railway station. Don't take planes to Bari and Brindisi,'' Michele Emiliano, governor of the southern region of Puglia, implored northerners. "Turn around in your cars, get off the [intercity] buses at the next stop.''

The government finally published and implemented its decree on Sunday. Italian Prime Minister Giuseppe Conte said foreign tourists in the quarantined areas would be allowed to leave. For now, restrictions on travel can only be waived in case of "exceptional need."

Italy has also canceled major cultural events around the country, and big tourist draws like the Vatican Museum and the Sistine Chapel remain closed. 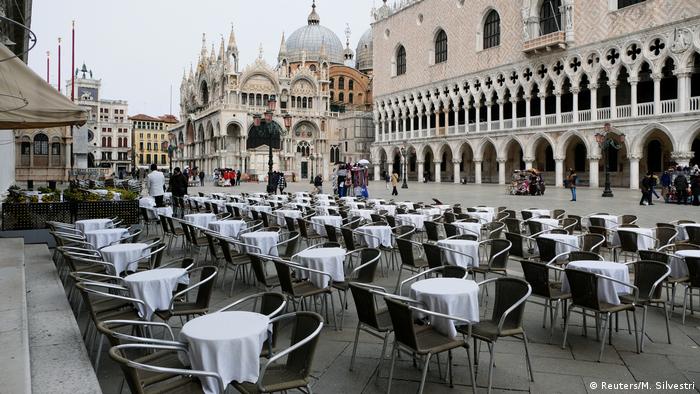 After a wave of cancelations, the government announced that all sporting events would resume without any fans present for at least one month.

Group events such as weddings and funerals are also targeted by the measures, as are gathering points like museums, theaters, cinemas, bars, swimming pools, and gyms. All schools and universities remain shut, as are ski resorts and many shopping centers will have reduced hours with the exception of supermarkets and pharmacies. Restaurants must close by 6 pm and ensure that all customer groups are seated at least one meter apart.

Checkpoints controlled by police and soldiers on roads that lead out of quarantined areas have already been implemented.

The new rules are likely to devastate Italy's tourism economy, which is reliant on the food and culture industries.

On Sunday, officials confirmed the death toll from coronavirus leapt by 133 in a day to 366.

Italy has witnessed a surge in new coronavirus cases, prompting new measures to stave off the outbreak. Rome has enacted sweeping measures to limit mobility and assembly in the region of Lombardy and 14 nearby provinces. (08.03.2020)

Gennaro Arma will receive the Order of Merit for his conduct as leader of the ship that was quarantined for nearly a month. He was the last to leave the ship just a few days ago. (06.03.2020)

As restrictive measures are being enforced in northern Italy to contain the coronavirus outbreak, Italy edges toward recession. But its ability to service its debt is not at risk, as Sergio Matalucci reports from Milan. (25.02.2020)