Gennaro Arma will receive the Order of Merit for his conduct as leader of the ship that was quarantined for nearly a month. He was the last to leave the ship just a few days ago. 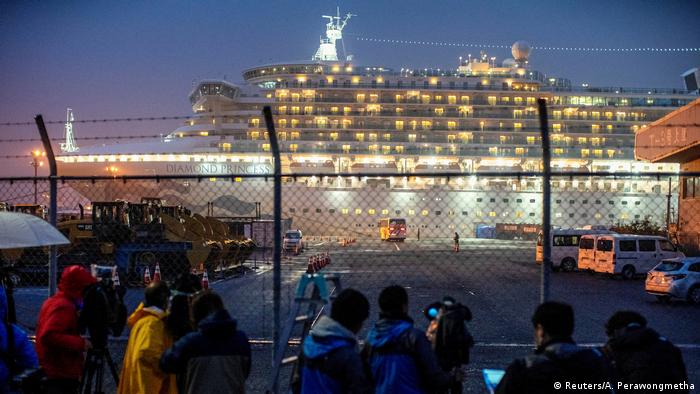 The Italian captain of the Diamond Princess cruise ship will be given his country's highest honor, the Order of Merit, by President Sergio Mattarella, the president's office confirmed on Friday. Gennaro Arma has been widely praised for the care and concern he gave to the crew and passengers on the quarantined cruise ship, and for being the last person to leave the ship.

"Thank you very much to President Matarella," Arma's wife Marianna said in an interview with Italian daily Corriere della Sera, "Later I will talk to Gennaro via Skype, like we do every evening, and we will rejoice together."

Arma is still in Japan, where he is in temporary quarantine until local health officials are sure he is not carrying the COVID-19 novel coronavirus.

On January 25, a passenger disembarked from the cruise ship on Hong Kong. The ship was alerted when he tested positive for the virus six days later, by which time the vessel was already at the Japanese port of Yokohama, outside Tokyo.

The Japanese authority imposed a quarantine process that would see 705 passengers test positive for the virus and 7 fatalities.

Passengers aboard the ship had hefty criticism for the way the quarantine was carried out, saying that in the initial days healthy and sick people were not strictly kept apart, and that bureaucrats were put in charge instead of doctors.

However, praise for Captain Arma has been universal, whose first priority was to put passengers and crew at ease and make everyone as comfortable as possible. He finally left the ship on Monday.

In his homeland, Arma has been portrayed as something of a counterpoint to Francesco Schettino, the captain of the ill-fated Costa Concordia cruise ship. When that vessel ran aground and began to sink off the coast of Tuscany. Schettino abandoned ship, and was later convicted of manslaughter and sentenced to 16 years in prison over the 33 deaths that occurred due to the disaster.