The Alan Kurdi's crew and 149 refugees on board have been stranded since Monday, after Italy and Malta refused the vessel access to ports, citing concerns over coronavirus. 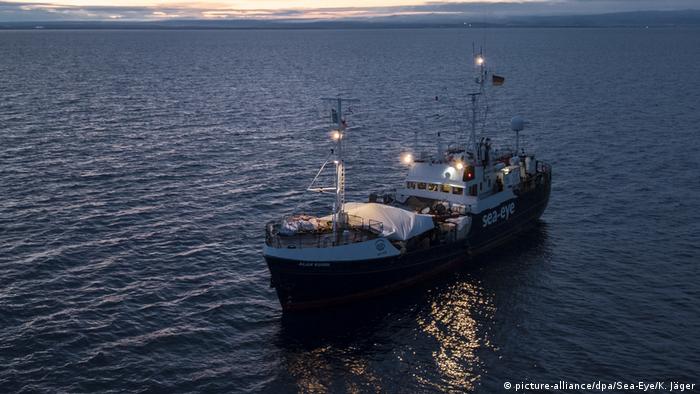 Italy supplied the German rescue ship "Alan Kurdi" with food on Saturday, after Germany called on the EU to provide assistance on Friday.

However, the ship, with 149 refugees on board, is still searching for a safe haven.

Officials delivered enough food, including rice and granola bars, to last for two to three days, according to rescue organization Sea-Eye.

The organization's chairman, Gorden Isler, said he was "very grateful that no one on board will have to go hungry over the Easter weekend." However, he said, the situation was "very difficult" for everyone on board.

A political solution is still not in sight for the ship, said Isler, adding that the ship had never had so many people on board before. This was "far too much" for the ship, he said. The ship was headed towards an area north of Palermo, but would "not enter Italy's territorial waters without a permit."

The "Alan Kurdi" rescued 150 refugees from wooden boats off the Libyan coast last Monday, with one passenger taken to Lampedusa as a medical emergency. Italy and Malta have refused the ship access to the ports, citing concerns over coronavirus.

Italy's government regards Germany as being responsible for the migrants. On Friday, Germany's Interior Ministry said the government was examining alternative locations where the ship could dock.