Israeli kibbutz: Communal idealism or a privileged few? | Middle East | News and analysis of events in the Arab world | DW | 16.05.2016

People worldwide have visited a kibbutz or even tried to live in one at some point in their lives. Though created over 100 years ago with a utopian collectivist vision, nowadays the kibbutz divides Israeli society. 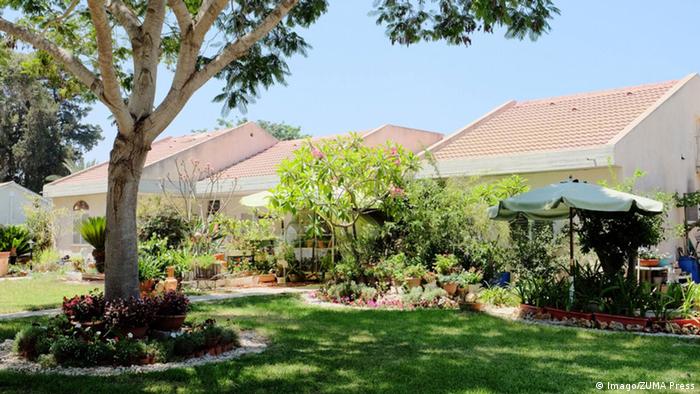 Founded over 100 years ago, before there was a nation called Israel, the kibbutz is a form of cooperative settlement unique to the modern country and based on socialist values and on Zionist aspirations.

The early concept of the kibbutz was based on a form of economic cooperation that in many ways resembles communism, and the settlements continue to formally exalt the idea of equality - and often the practice of it, too.

The kibbutz is usually a small community that comprises several hundred residents, and its income, at least traditionally, comes from agriculture and industry.

Kibbutzniks, as residents are called, work on dairy farms, in orchard and even outside their compounds, putting their full paychecks into the communal pot. Everyone receives an equal monthly draw from the kibbutz's administration regardless of what they do or how much money they put into the fund.

But sticking to the in-theory definition of the kibbutz will not help in understanding the fragile - almost explosive - coexistence between kibbutzim (the Hebrew plural form of kibbutz) and other types of communities in Israel: cities, towns, settlements or villages in their more internationally familiar forms.

Today, fewer than 150,000 people live in 274 kibbutzim, only 74 of which are still communal. Kibbutzim produce 40 percent of Israel's agricultural output, but their residents constitute less than 2 percent of the population.

Though their popularity is decreasing domestically, kibbutzim still serve as a point of attraction for international visitors who wish to experience this disappearing way of life. 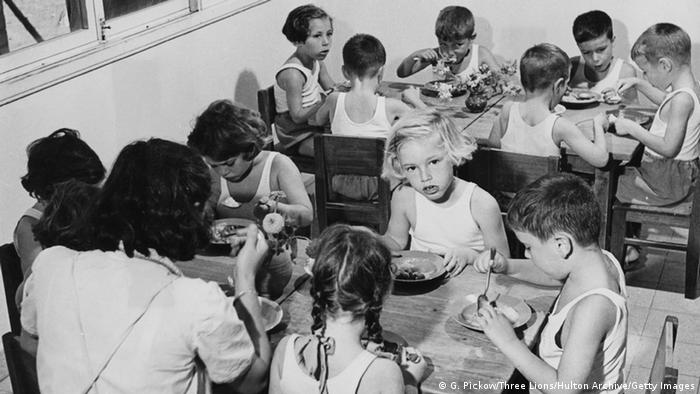 Children eating a meal in their own dining room at Kibbutz Givat Brenner, Israel, circa 1950

Degania, the kibbutz from which the movement descended, was founded in 1909 at the southern end of the Sea of Galilee and near the lands of the former Arab village of Umm Juni.

The European Jews who established Degania were looking for an agricultural existence as opposed to the more urban lifestyle practiced by the Jews who were already settled in Palestine, in old cities such as Jerusalem and Haifa.

As one of the founders later testified in a book about Degania, the new migrants were "morally shocked" by the way in which the settlers had lived and worked to that point: Jews oversaw the labor, the farmers themselves were Arabs, and Bedouins served as guards.

The early kibbutzniks had aspired to work the land themselves. This turned out to be a very difficult task, though, because the newcomers had not had previous experience with farming and faced problematic weather conditions and practically useless soil.

With massive state support and waves of immigration from Europe, many kibbutzim became more successful after Israel was established in 1948, developing different industries, agricultural methods and factories, and a unique lifestyle of hard labor, close community ties and dubious habits. 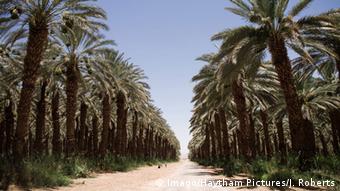 An organic date palm plantation that belongs to Kibbutz Samar, in the Negev desert

One notorious example was the sleeping arrangements of infants, who were taken away from their parents at the age of 3 days to the communal nursery in which they spent their first few years.

Parents were allowed to see their children for sometimes as little as two hours a day, and many people who grew up in such homes say this has caused them social, emotional and even mental problems.

Where Israelis are born and raised - on a kibbutz or in a town or a city - can do much to predict what the rest of their lives might be like. Kibbutzniks receive many benefits that city residents do not, such as deep discounts on household bills, or land for construction that is rediculously cheap.

And this is where it gets more controversial. The state's historically unequal treatment of Ashkenazi Jews, who have European roots, and Mizrahi Jews, who are of Arab or North African descent, is a running theme in Israel.

"No matter how much criticism you have about them, the kibbutzim have done a pretty good job in building this land from scratch," said Ofir Magen, a kibbutz native who today lives in Tel Aviv and works as an investment broker.

Magen was referring to the common belief that Israel - and Palestine before it - was a barren land with no options for real farming until the kibbutzniks brought it to bear bounty.

"This is simply incorrect," said Yahel Azulay Sharabi, a 28-year-old student whose grandparents were sent to the Israeli town of Dimona, back then no more than a transit camp made of shacks and dilapidated condos.

"They built this country no less than the kibbutzim did," Sharabi said. "They were used as cannon fodder and laborers so that the kibbutz people could say they dried one swamp and thus 'built the land,'" she added. 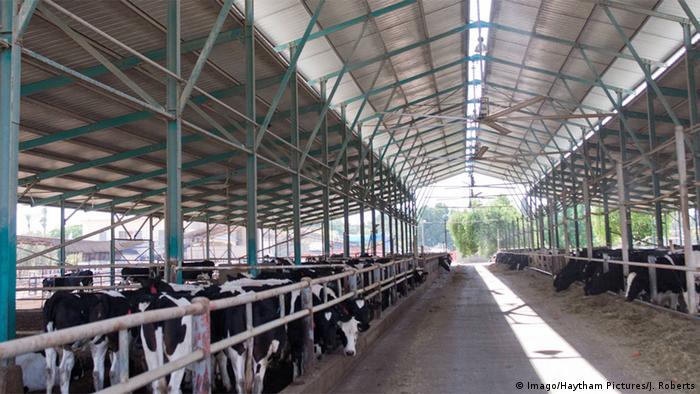 Cattle bred for milk at the religious Kibbutz Sde Eliyahu

Modern opponents of the movement say kibbutzniks continue to benefit from lands given to them and their predecessors for free by the state - the same state that forcibly settled immigrants from North Africa and the Middle East in poor development towns.

"One needs to think very carefully who in Israel is still portraying the ideal Israeli figure as the kibbutz man and why," said Aran Waizman, a sociology student from the southern city of Ashkelon.

"Israel legitimizes the culture of the kibbutz and pushes it to be the preferred, elitist and iconic one everyone should aspire to," Waizman said. "Kibbutz members later serve in elite units in the army and become pilots or intelligence officers only due to the fact that they are from a kibbutz - and this entire process is completely backed by the state."

Waizman is not alone in his opinion. After hearing for years about the ideals that kibbutzim stand for, fewer Israelis now believe in the archetype of the noble farmer.

"Today's kibbutzim are the third generation of a glorious dynasty of racists who expelled the Arabs and dispossessed them of their lands," the student Sharabi said. "Today, not only are they not paying the price," she added, "but they are even getting credit for it - for being the so-called pioneers."

Waizman said: "These people were simple farmers who came from Europe to work just like all the rest of the Jews who had to flee, but they get special treatment right up to today." 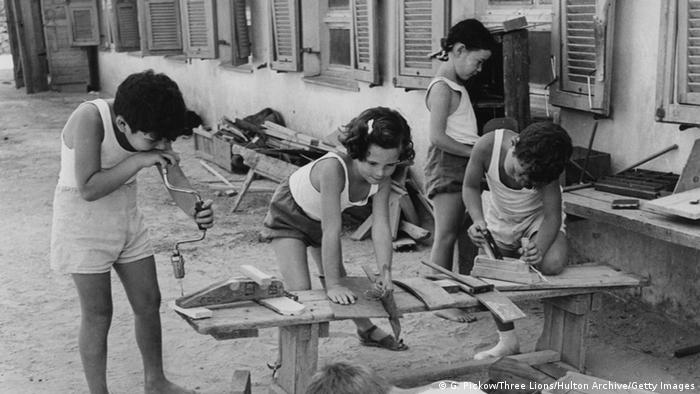 Kibbutzniks traditionally begin their labors at the age of 12 or 13, following the ideal that members should contribute as much as they can and get back as much (or as little) as they need.

In return for their work, children might get to go on an annual organized trip or participate in other activities of their choice. Because they traditonally start work at such a young age, many kibbutzniks are perceived to be diligent laborers with a strong work ethic who are unafraid to take on difficult tasks.

"I can tell you that 90 percent of the people who grew up in a kibbutz will mention that in their CVs," the investor Magen said. "I know I would. It doesn't mean that city people can't have strong work ethics, but usually a kibbutznik is a safer choice for many employers. It means that you definitely know how to work hard."

Critics will point out that many in Israel are no strangers to hard labor. "My grandparents were pushed out of moving trucks to Dimona," Sharabi said, "while kibbutzim got endless lands to cultivate."

In addition to their leg up in the job market, kibbutzniks often receive common household staples - milk, eggs, bread, certain vegetables and more - for free thanks to the arrangements that many kibbutzim have with the large companies that they supply. 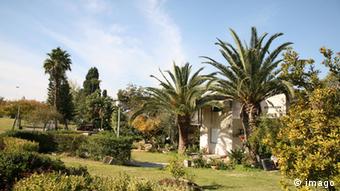 Many feel that kibbutzniks enjoy an unfair advantage

People who grow up in a kibbutz, leave for a while and want to go back can receive a land or a house in the compound for free or at very little cost. Those who stay in their kibbutzim their whole lives can build their homes there without having to buy property.

Both people who are born in kibbutzim and wish to return and those who move to them need to be voted in by the residents.

Kibbutz natives usually get in. Others need to deposit their existing property to the kibbutz's kitty before they are allowed to start the integration process.

Despite all the benefits, the sons, daughters and grandchildren of the early kibbutzniks do have their criticisms of the system and what it means for individual wealth.

"They had this idea in their minds that this system would last forever, so they didn't save any money and they don't have their own property," Magen said. "Everything they have belongs to the kibbutz."

Many kibbutzim have gone bankrupt or been privatized over the years. "My parents' home is not theirs," Magen said. "They have nothing to be inherited." Still, she said that overall the advantages of a kibbutz outweigh the drawbacks.

That's a point that critics of the kibbutz movement would agree with. "These people hold the major amounts of land in this country and they pass it on to their children unlawfully and unfairly," Sharabi said. "They are modern feudalists."