Growing veggies in the desert no longer a mirage

Desert-dwelling tribes have long survived on little more than dates and water. But now, the desert’s barren land can nourish much more than that - strawberries and tomatoes are also cropping up in some places. 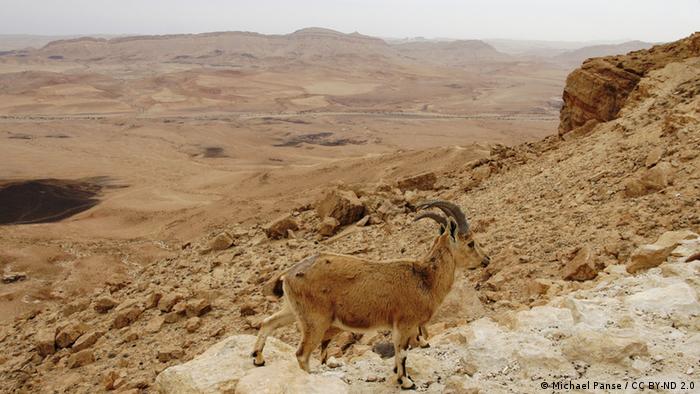 It was in the 1930s in the middle of the Negev Desert that Israeli water engineer Simcha Blass made an important discovery: he noticed that one tree on his land seemed to grow much faster than the surrounding plants. The reason? A water pipe had sprung a leak right next to the tree and was nourishing the soil around it, drop by drop.

That was the impetus Blass needed to start experimenting on his own. In the end, he came up with the drip irrigation system, a method that is still in use around the world today.

The concept behind his method is simple. Instead of filling and emptying entire watering cans or setting up sprinkler systems that soak entire plots of land indiscriminately, the drip irrigation system releases water into the earth drop by drop, only where it’s needed.

A leaky hose the answer

By the end of the 1950s, Simcha Blass had turned his concept into a fully-functioning system. In 1959, he introduced the first model - a plastic hose punctured with several small holes - and commissioned a kibbutz to produce and distribute it. Six years later, a company called Netafim was founded to introduce low-volume drip irrigation to the world. Today, the system is used in over 100 countries around the world. 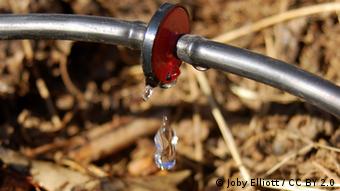 "It was discovered through mere coincidence, but today the principle is used around the world, from Africa to Latin America, Australia, Italy or Greece," says Gideon Oron, a professor at Ben-Gurion University of the Negev in Israel. Oron has dedicated his career to studying how fruits, vegetables and grains can thrive in the heart of the desert. "With a drip irrigation system, you only need half as much water as you do with a sprinkler system," he says.

In the early days, drip irrigation specialists were presented with a challenge: very little water would make it to the end of the hose, creating a supply shortage. But today, specialized membranes make sure the water pressure remains balanced throughout the hose, creating an even supply from one end to the other. "Now you can have pipes as long as 500 meters," says Oron.

Sea water to the rescue

But the water has to come from somewhere. An oasis, or isolated area of vegetation in the desert, can often provide enough water for cultivating plants in drylands. But agricultural economist Michael Hermann, global director of the international NGO Crops for the Future (CFF), says it’s not that simple.

His organization works to popularize the cultivation of neglected or underutilized crops in order to diversify global agriculture. "There were vast amounts of fossil water under the Sahara Desert but so much of it was and is still being used that the supply will dry up at some point," he says. 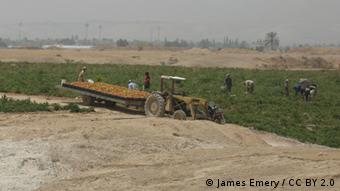 But there are alternative methods to finding water in the desert. Some countries collect and purify waste water from cities and use the recycled product to irrigate fields.

In Ethiopia, local communities have built terraces in the arid highlands and dug deep trenches that allow rainwater to seep into the soil and increase groundwater levels. And in Australia, a German entrepreneur has created a business called "Sundrop Farms" that uses seawater to grow crops such as cucumbers, tomatoes and peppers in the world’s driest regions.

Fruit of the desert

Gideon Oron from Ben-Gurion University of the Negev says salt water, too, can be used to cultivate plants in the desert - but that requires a newer model called subsurface drip irrigation (SDI), where drip pipes are buried deep below the earth’s surface and the plants’ roots.

Orion and his colleagues conducted an experiment to examine how pear trees can flourish in the Negev Desert, testing seawater against fresh water and traditional drip irrigation against SDI, running pipes 30 and 60 centimeters under the earth. The results showed that fresh water dripping 30 centimeters below ground generated the largest harvest - 70 kilograms of pears per square meter a year, averaged over three years.

But salt water dripping 30 centimeters deep came in a close second, producing 63 kilograms per square meter a year. The results indicated that farmers could save precious freshwater and irrigate with plentiful salt water instead, all without reducing their harvests.

Oron says it is important to ensure that the soil is not over-salted, which can ruin plants. But if salt water is directed below ground, drop by drop, a salty crust develops deep underneath the earth and well away from plants’ roots, preventing any damage from occurring. 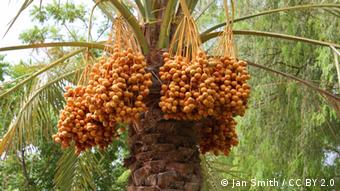 "Deserts are great places to grow fruits, vegetables and grains," says Michael Hermann from Crops for the Future, even though it seems paradoxical.

"Of course it doesn’t work without water. And if temperatures in the desert remain consistently above 35 degrees celsius, non-native plants can suffer from heat stress," he points out. "They’re unable to naturally adapt to the heat and dryness like date, mango and lemon trees can. But the advantage is, the sun kicks photosynthesis into overdrive, and the dry weather prevents funguses from sprouting or pests from spreading." That allows peppers and tomatos to thrive in desert conditions.

"Tomatoes are especially productive and are able to flourish," says Hermann, adding that a bit more water increases output significantly. "If you used the same amount of water on a field of wheat, you would also see greater output, but that would not be nearly as valuable as the extra harvest you get with tomatoes," he says.

In addition, rice, wheat and other grains can be stored easily so local communities can choose to buy more affordable varieties that come from afar. But they prefer to purchase tomatoes, cucumbers and other leafy vegetables locally, rather than those that have been refrigerated and transported across the desert, says Hermann.

"That’s why a farmer in a remote regions like the desert can earn more when he cultivates valuable, more delicate products," he says. And in that way, the desert can be some day transformed into a lush land of fruits and vegetables.

It requires little water, grows fast and lays deep root - we're referring to the neem. An intiative to plant the "miracle" trees in Peru’s arid north has proven to be a boon for the climate and local communities, too. (13.08.2013)