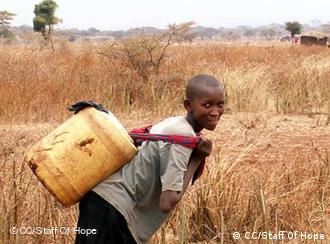 The Sahel region of western Africa is a belt of semi-arid grassland lying between the Sahara to the north and savannas to the south.

The region, home to more than 55 million people, is no stranger to natural disasters. Throughout the 20th century, droughts have brought death and famine and left millions dependant on food aid. Periods of heavy rainfall too are a problem, destroying crops and washing away villages.

In addition, the Sahel is also struggling with large-scale land degradation caused by deforestation and overgrazing.

While climatologists are divided about the reasons for the harsh weather fluctuations, experts say one thing's clear – the pattern's set to get worse.

"For western Africa, climate researchers can say with a high degree of certainty that all kinds of extreme events – prolonged drought periods, more heavy rainfall – are very likely," Hermann Lotze-Campen, an agricultural economist at the Potsdam Institute of Climate Impact Research said. 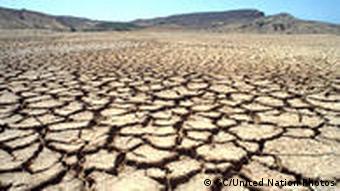 “Extreme weather coupled with already high temperatures of above 45 degrees Celsius in Sahel countries are likely to increase water scarcity and water stress and make the region drier.”

That's bad news for a region dependent on rain-fed subsistence farming of sorghum, cotton, millet and other dryland yields for its survival.

"Lower rainfall means lower crop yields. Estimates suggest crop yields in the Sahel may go down 20 to 50 percent in the next decades and this at a time when countries such as Niger have the highest population growth rate in the world," Chris Reij, a sustainable land management expert at the Centre for International Cooperation at the VU University Amsterdam said.

The myriad problems have long attracted international donors and aid efforts to help the region adapt to climate change.

The village of Jataba in the Gambia, for instance, is part of a large 114-million-euro ($157 million) project financed by the European Union to provide the Sahel with solar-powered water pumps.

But some point out that vast funds aren't necessarily what's needed to make a difference. 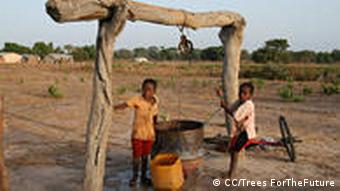 Simple water techniques are sometimes better than high-tech ones

"What really works are simple irrigation and water storage techniques for subsistence farmers. The moment you bring in a high-tech system, then you have problems of investment as well as of know-how," Dirk Thies, who heads German technical aid group GTZ's agriculture project in Burkina Faso, said.

Experts say there are plenty of successful climate change-adaptation projects in the region ranging from water harvesting techniques to modifications on traditional farming practices.

Chris Reij, who's worked in the Sahel for more than 30 years, pointed to a project in Burkina Faso that's revived a local tradition of sowing crops in a grid of planting pits known as "zai."

The pits retain water for long periods of time, concentrating rainfall and nutrients onto the roots of crops, thus allowing them to survive dry spells. The method has helped reclaim land that had become semi-desert. 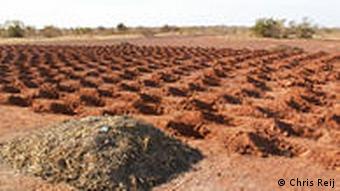 Another initiative started by the GTZ in the late 1980s has helped farmers in Burkina Faso build stone bunds. These are stones piled up in long narrow rows that follow the contours of the land in order to capture rainwater runoff and soil.

The projects, technically called "farmer-managed natural regeneration," are developed with the involvement and inputs of local farmers long used to coping with climatic fluctuations.

"The local farmers are very sensitive to weather changes – they've been dealing with it for thousands of years. They're very aware of the risks and never lay all their eggs in one basket. Frankly, a farmer in Burkina Faso is much better prepared for climate change than a farmer in Germany," Thies said.

Another little-known success story in the Sahel involves a tree-based approach to farming called agro-forestry. A Malian-British NGO called Sahel Eco and others have supported farmers in growing and nurturing native species of trees that sprout naturally amid their cropland.

The trees shade crops from intense heat, buffer the wind and help the soil retain moisture. Their leaves provide fodder for livestock and act as mulch when they drop to the ground, boosting soil fertility.

The practices have spread across swathes of Burkina Faso and neighboring Niger and Mali and are credited with recharging underground water tables in some places by as much as five meters. 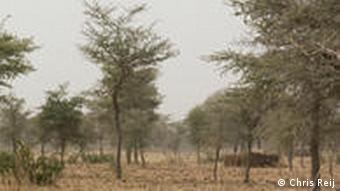 "Our studies show that that in Niger and Burkina Faso, about 500,000 hectares of completely useless land have been restored to productivity in the last 20 years thanks to such measures," Reij said, adding that in Niger alone farmers have grown 200 million trees. "It's probably the biggest positive environmental transformation in the Sahel. Nobody could have imagined it."

The green shoots of recovery are also visible in satellite images analyzed by the US Geological Survey and made public in 2008.

An important role played by aid groups involves lobbying governments to make changes to policy such as granting farmers legal ownership of their trees so that the farmers have an incentive to take care of them.

Thies said the GTZ's current focus in Burkina Faso is to break what he calls a “negative cycle of subsistence farming” by urging the government to make investments to create a market for small farmers.

While the Sahel region undoubtedly faces a range of formidable challenges, some say the success of these simple projects offers important lessons for future mitigation policies.

"These projects are a win-win situation: they help farmers adapt to climate change and at the same time help to reduce rural poverty and boost food security," Reij, said. "There are many more success stories under the African sun than is commonly believed."

Using the sun to get water

With groundwater levels dropping, Gambians can still get water with solar-powered pumps. (05.10.2010)