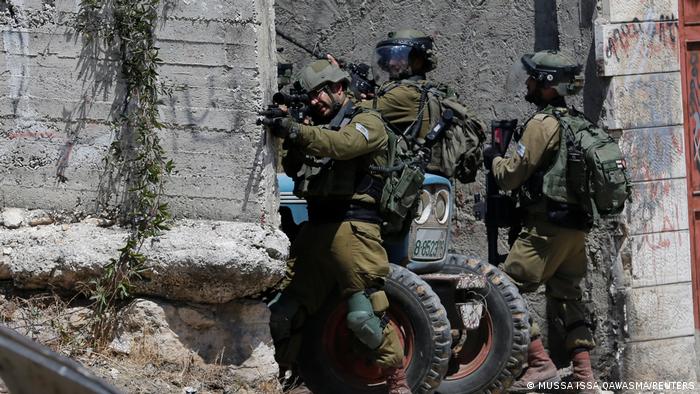 At least five Palestinians were killed in overnight clashes between Israeli forces and Hamas fighters in the West Bank, Israel's military said on Sunday.

All fatalities were militants, they added,

The military also said an Israeli officer and soldier were seriously wounded in the exchanges, before being airlifted to hospital for treatment.

The Palestinian Health Ministry confirmed the deaths, two in Burqin near the northern West Bank city of Jenin, and three in Biddu, north of Jerusalem.

Hamas also confirmed that its fighters had clashed with Israeli forces at the two locations.

The Israeli military said its troops involved in the arrest operation came under gunfire in West Bank.

Israeli Prime Minister Naftali Bennett said in a statement that Israeli security forces in the West Bank operated against "Hamas terrorists who were poised to carry out terror attacks in the immediate future."

"The soldiers and commanders in the field acted as expected of them and engaged the terrorists. We support them completely," he said.

A Hamas spokesman blamed Sunday's killing on the cooperation between the Israeli government and the internationally recognized Palestinian Authority — a rival of Hamas.

"It's a continuation of the crimes against our people," the spokesman said.

Israeli military spokesman Ran Kochav told the Times of Israel that Sunday's actions could lead to retaliatory rocket attacks from the Gaza Strip.

Such attacks often lead to retaliation from Israel, as seen in the past, and can even escalate into larger, deadlier conflicts.

Most recently, Israel and Hamas fought an 11-day war in May, resulting in at least 243 deaths, the majority of them in the Gaza Strip. Both sides claim victory in the conflict.

Israeli police have caught four of the six Palestinian inmates who escaped a maximum-security facility earlier this week. A massive manhunt for the remaining two is being carried out.