Israeli police have caught four of the six Palestinian inmates who escaped a maximum-security facility earlier this week. A massive manhunt for the remaining two is being carried out. 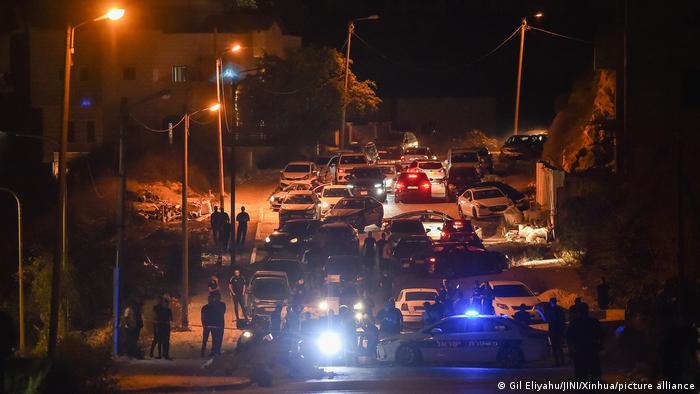 Israeli police on Saturday said they captured two more Palestinian inmates who had broken out of a maximum-security prison near the occupied West Bank.

With four of the men now captured, Israeli forces carried on a manhunt to find the two that are still at large.

The prisoners were found hiding in a truck parking lot in an village east of the northern Israeli city of Nazareth, where the two other escapees were arrested earlier.

One of the captured men, Zakaria Zubeidi, is a former commander of Fatah's Al Aqsa Martyrs Brigades in the West Bank city of Jenin who once received Israeli amnesty.

Israel rearrested Zubeidi in 2019 after his alleged involvement in new shooting attacks.

"Police located (the two fugitives) and chased them in a helicopter," Israeli police said in statement, adding that the two "offered no resistance" during their arrest in the northern Nazareth city.

According to Israeli media, police were alerted by local residents who reported seeing two men searching litter bins for food. 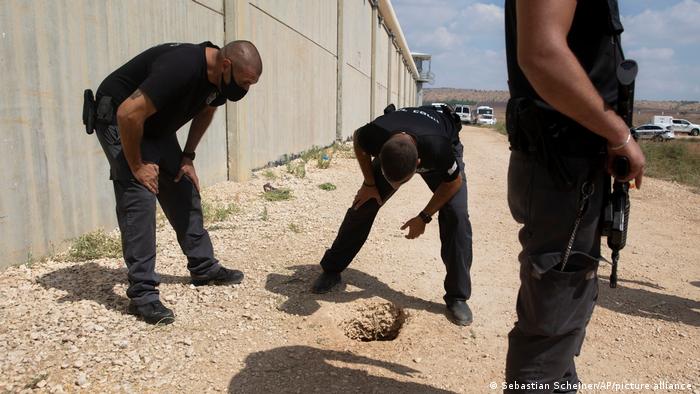 The six escapees had managed to burrow a hole in a cell toilet and made their escape on Monday. Israeli authorities launched a major manhunt after discovering the men were missing from the high-security Gilboa Prison.

Five of the fugitives had been accused of either plotting or having carried out attacks against Israel.

Their bid for freedom has led to sharp criticism over the level of security in Israel's prisons. On Thursday, authorities announced that there would be a formal probe into the circumstances that led to the escape of the six men. 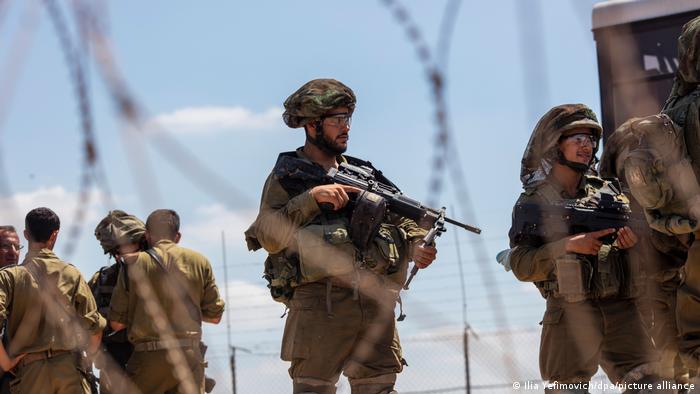 Israel has sent troops to reinforce positions in the occupied West Bank, which has been under heightened security measures.  Particular attention has been paid to the area of Jenin, home to Zakaria Zubeidi, a leader in the Al-Aqsa Martyrs Brigade.

On Friday, Palestinian militant group Hamas, which rules Gaza, called for a "day of rage” over Israel's imprisonment of Palestinians. There were no major incidents.

However, in Jerusalem, a Palestinian died shortly after being wounded by Israeli police gunfire in the Old City, where he allegedly tried to stab security personnel.

Israel's Defense Forces said that militants in Gaza fired a rocket at Israel on Friday night, adding that it was intercepted by the Iron Dome defense system "saving the lives of civilians."