Israel has shot down a Syrian fighter jet that it says breached its airspace over the Israel-occupied Golan Heights. Syria has accused Israel of targeting the plane "in Syrian airspace." 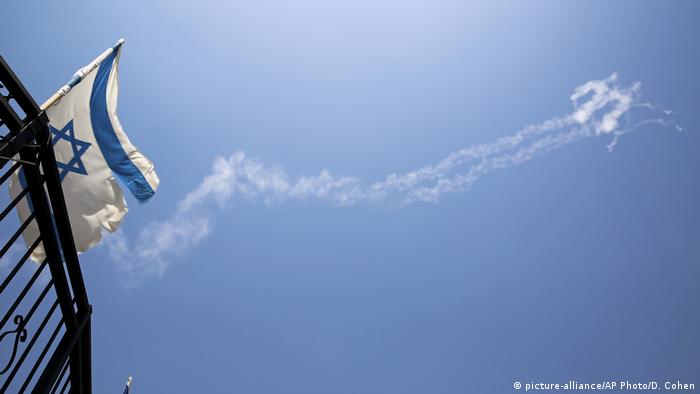 Israel shot down a Syrian fighter jet on Tuesday after it said the warplane crossed into the occupied Golan Heights, as Russian-backed Syrian forces regain control of territory from rebels along the volatile border.

"The only thing we know about the aircraft is that it crashed, most likely in the southern part of the Syrian Golan Heights," Israeli military spokesman Jonathan Conricus told reporters.

He said that the plane was Syrian, not Russian, and had been monitored since it flew from the Syrian military airbase T4 in central Syria.

The UK-based Syrian Observatory for Human Rights, a war monitoring group, said that one pilot had died and the fate of the other was uncertain.

In recent days the Russian-backed offensive has reached the UN ceasefire line separating Syria and the Israeli-occupied Golan Heights, where a pocket of territory is controlled by the "Islamic State."

Syria's military claimed the jet was shot down over its airspace and Israel was helping "terrorists."

"The Israeli enemy confirms its support for the armed terrorist groups and targets one of our warplanes, which was striking their groups in the area of Saida on the edge of the Yarmouk Valley in Syrian airspace," according to an unnamed Syrian military source cited by Syria's SANA news agency.

Parts of the Golan Heights were occupied by Israeli following the 1973 Arab-Israeli war. Syria still claims sovereignty over the territory annexed by Israel.

Israel is worried that Syria's military will enter a buffer zone — monitored by the UN Disengagement Observer Force (UNDOF) — that borders Syria and the Israeli-occupied Golan Heights established in 1974.

It is also concerned that Syrian President Bashar Assad might allow Iranian and Lebanese Hezbollah forces backing his regime to deploy near the Golan Heights, despite Russian assurances that they will be kept at a distance from the border. 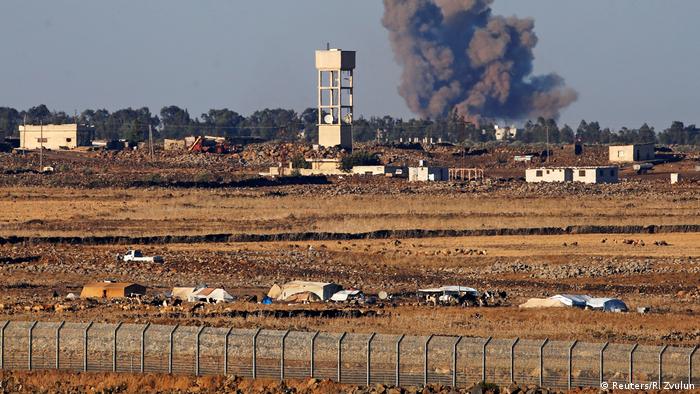 Fighting between Syrian forces and rebels has come up to the UN monitored buffer zone along the Golan Heights.

Israeli Prime Minister Benjamin Netanyahu described Tuesday's incident as a "gross violaton" of the 1974 demilitarization agreement along the border area.

"We will not accept any such penetration or spillover into our territory, neither on the ground nor in the air. We insist that the Syrians strictly abide by the Separation of Forces Agreement between us and them," Netanyahu said.

The incident was the second time in two days that Israel has deployed its air defense systems in the Syrian border area.

Israel is suspected of carrying out dozens of airstrikes in Syria against Iranian forces and Hezbollah, including the T4 base from where the shot-down Sukhoi jet had taken off.

Just two months ago, Israel launched a large-scale rocket attack on several Iranian infrastructure targets in Syria. The strike came after Israel accused Iranian-backed forces of firing at their frontline troops in the Golan Heights.