The Palestinian Authority has presented alleged evidence of Israeli war crimes to the International Criminal Court. Israel has not signed on to the statute of the ICC, which started in 2002. 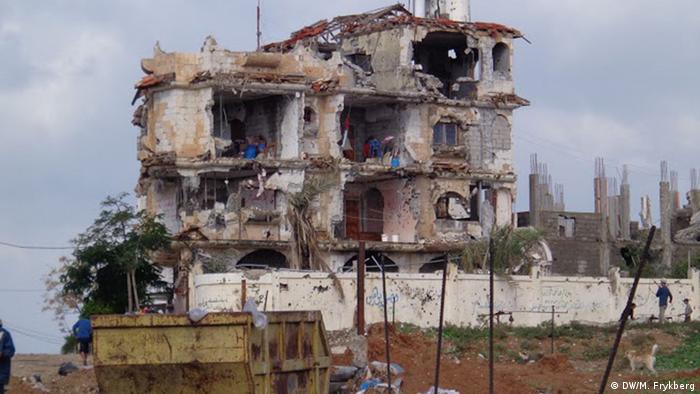 On Thursday, the Palestinian Authority (PA) submitted initial evidence of alleged Israeli war crimes in last year's Gaza conflict to the International Criminal Court (ICC). A series of Israeli airstrikes and ground attacks last July and August killed up to 2,200 Palestinians, the vast majority of them civilians; 67 Israeli soldiers died in Gaza and six civilians were killed by rockets fired by militants.

"The state of Palestine has pledged to cooperate with the court, including by providing it with relevant information, and it is fulfilling its pledge today," Foreign Minister Riad al-Maliki told journalists Thursday. "Achieving justice is essential for the Palestinian victims, dead and alive," he added. "Palestine has chosen to seek justice - not vengeance. This is why we are here today."

The court received two files: one alleging war crimes in Gaza during the 50-day conflict last year, and the other dealing with Israel's occupation of the West Bank and East Jerusalem, including "information about the issue of Palestinian prisoners," Palestine's mission in The Hague reported. The PA's move forces Israeli officials to decide whether to cooperate with the investigation or find their country isolated as one of a very few that have declined to work with ICC prosecutors.

The PA's handover of evidence comes three days after the UN reported that both Israeli soldiers and Palestinian militants may have committed war crimes during the 2014 airstrikes and subsequent ground invasion of Gaza. Israeli officials dispute the report, saying that forces had upheld the "highest international standards." Hamas - Gaza's dominant political faction and the group that many militants align with - also ignored the accusations and called for the prosecution of Israeli leaders.

Some of the most shocking events of the conflict included Israel's bombing of UN schools used as shelters for people displaced by prior airstrikes. Israeli officials called the attacks necessary, claiming that Hamas had used the facilities to store weapons or fire rockets. Internal reviews have cleared Israeli forces of guilt in many attacks, including one on a beach where children played.

In May, ICC chief prosecutor Fatou Bensouda warned that both sides could face war crimes charges in the case. Israel did not sign the statute that established the court. Palestine joined the ICC in January.