No charges over Palestinian children killed in Gaza beach bombing

The Israeli army has dropped criminal proceedings over four Palestinian children killed by an airstrike on a Gaza beach last July. The incident sparked international criticism after journalists witnessed the event. 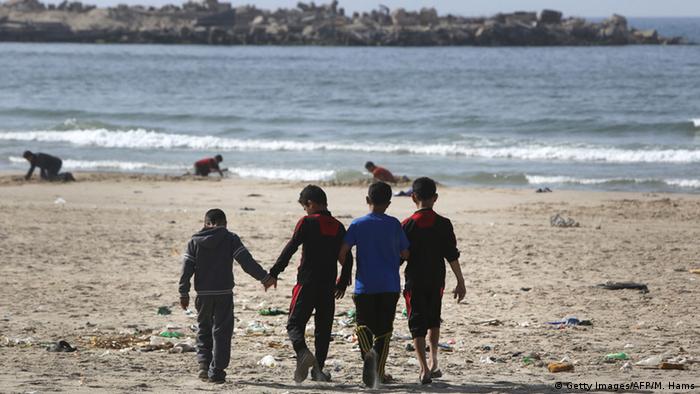 The deaths of the Palestinian children, who died while they were playing football, were accidental, Israeli military said Thursday. The four cousins, aged between nine and 11, were killed July last year by missiles fired by the Israeli Defense Force (IDF).

At the time, the soldiers believed that the children were Hamas fighters, according to the IDF probe.

"Tragically, in the wake of the incident it became clear that the outcome of the attack was the death of four children, who had entered the military compound for reasons that remain unclear," the army said in a statement.

Israeli's chief military prosecutor Danny Efroni indicated there would be no charges filed.

The incident, which occurred during the Israeli offensive on Gaza in 2014, garnered worldwide attention after reporters staying at a nearby hotel witnessed the bombing.

In its Thursday statement, the IDF also said it was closing the files on an airstrike on a residential tower block in Gaza City, in which 15 people were killed, as well the incident in the southern town of Khan Yunis which claimed lives of several members of the same family.

At the same time, the Israeli army announced criminal investigations into the deaths of nine people in a separate attack in Khan Yunis, and into allegations of abusing a captive and firing at a medical clinic.

Earlier on Thursday, the Palestinian Authority said it was pressing ahead with a war crimes case against Israel in the International Criminal Court. Palestinian officials are likely to present the beach incident as evidence of war atrocities.

Over 2,200 Palestinians were killed in the last year's conflict, including more than 500 children, according to human rights groups. Around 70 Israelis, mostly soldiers, also died in the offensive.