Israel has launched criminal probes over several incidents involving its forces in the most recent Gaza war. But Israeli human rights group B'Tselem has criticized the investigations for lacking independence. 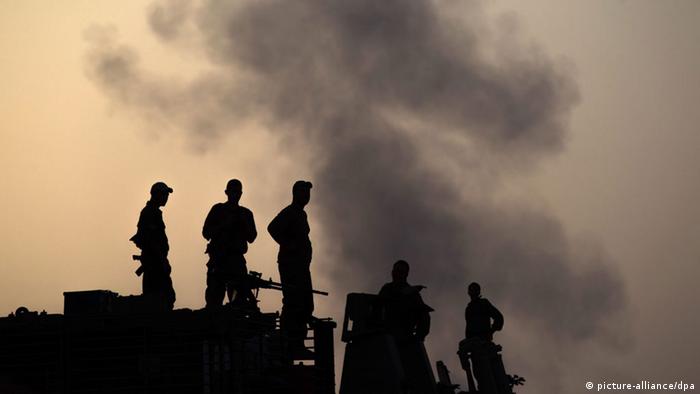 The Israeli military has launched five criminal investigations into incidents involving its soldiers during last summer's Gaza war, as Palestinians threaten to take evidence of alleged war crimes to the International Criminal Court (ICC) in The Hague.

Two of the five cases sparked widespread international condemnation, including from Israel's closest ally, the United States. On July 16, Israel forces fired on a beach in Gaza City, killing four children who were playing there. Just over a week later, a UN school in the northern city of Beit Hanun was shelled by the Israelis, killing at least 15 people.

Israel has also launched a probe into the shooting death of a Palestinian woman after she had coordinated her exit from a combat zone with Israeli forces. The beating of a detainee and the theft of money from a Palestinian home are also being probed.

Seven cases have already been dismissed and another 44 cases are currently under review, according to the Israeli military.

The Israeli human rights group B'Tselem believes that the Israeli military violated international humanitarian law during the recent conflict. But the group said that it would not support Israeli authorities launching their own investigations.

"This is due to the experience that B'Tselem gained following past military offensives in the Gaza Strip, which shows that there is currently no official body in Israel capable of conducting independent investigations of suspected violations of international humanitarian law," the group wrote on its website.

More than 2,100 Palestinians died in the most recent Gaza war, the overwhelming majority of them civilians. Israeli lost 66 soldiers and six civilians during the fighting.

Palestinians have threatened to take Israel to the ICC over allegations of war crimes. But the Palestinian Authority would first have to join the ICC, which could expose the Islamist militant group Hamas to criminal investigations.

The UN Human Rights Council (UNHCR) has already appointed a commission to investigate Israel's summer offensive in the Gaza Strip.

As Israelis and Palestinians attempt to get on with their everyday lives in the aftermath of the recent conflict, the formerly good ties between Jews and Arab Israelis have taken a battering. (11.09.2014)