Half a year has passed since the end of the war in the Gaza Strip. With reconstruction moving slowly and borders mostly closed, hopelessness is spreading among those living in the ruins. Tania Krämer reports from Gaza. 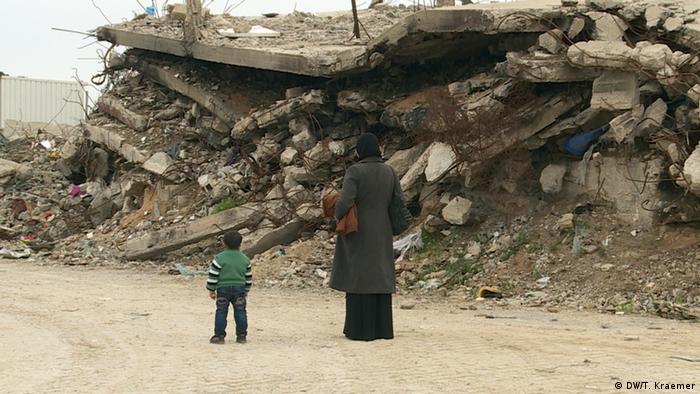 His suitcases are packed and ready to be collected. Mohammed Sulaiman has only one thought these days: how to get out of Gaza. The 25-year old has received a scholarship to pursue a doctorate at an Australian university.

"I feel trapped. I have tried everything, through connections, through all means to get out of Gaza," he says, seated in a coffee shop in Gaza City. "Last time the Rafah border crossing opened for three days, I went there with my pregnant wife, and we tried to get on one of the buses. But I can't even register."

Sulaiman is one of many who feel trapped in Gaza. For years now, Gazans have been unable to decide for themselves whether they can leave the small coastal enclave, even if just for travel. But since the 52-day war between Hamas and Israel last summer, the sense of being stuck in Gaza has become even stronger, Sulaiman explains.

In 2012 he was able to spend a year studying English in London and returned to Gaza afterwards. "I used to think I can make change here, but I lost hope. I don't think I'll ever come back if I were able to leave again. There is simply no future in this place," he says.

Since the end of the war, the border crossing between the Gaza Strip and Egypt has been closed most of the time. In 2015, the crossing has been open for a total of three days. Those who wish to travel must overcome numerous bureaucratic hurdles before even thinking of buying a bus ticket.

The Rafah border crossing is the only route out for most Gazans. Right now, about 10,000 people have put their names on the waiting list, says Maher Abu Sabha, director of the Rafah crossing on the Gaza side. Normally, his office would be busy with hundreds of people seeking a precious spot on the list. But these days things are quiet. The office is shut. "We do not let people register right now," Abu Sabha says, "because we don't know when the crossing will open next time." 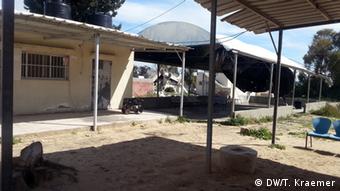 The Palestinian side usually gets a call from the Egyptian authorities if they intend to open the crossing for a few days, for a limited number of hours. During such openings, a few hundred people cross.

For students like Sulaiman, who could not even register despite having a visa and an invitation to go abroad, he can only hope that he gets a permit from the Israeli authorities to cross through the Erez crossing in the north, on the border with Israel. But that crossing is usually only open to medical patients, businessmen, international aid workers, diplomats and journalists.

"Since the war, the situation here has been getting worse by the day," says Usama Antar, a political scientist from Al-Azhar University in Gaza City. "Economically and socially we are at a dead end. We have been saying this for years already, but this time it is overwhelming."

Reconstruction efforts have been very slow. In destroyed neighborhoods like Beit Hanoun or Shejaia, thousands of people live in makeshift homes, containers and tents amid the rubble. Others stay in the corners in their bombed-out homes. About 10,000 people still shelter in UN schools.

"Only now have people started to understand that the situation is much worse than it was before the war, and that things will not change so quickly," says Antar. The economic and political blockade partly imposed by Israel has not been lifted. With this standstill and uncertainty, fear is rising that another round of conflict might be around the corner.

Talks to cement a long-term ceasefire between Hamas and Israel, supposed to be held in Egypt after the war, never materialized. The Egyptian government mediated a ceasefire which ended the war last summer. Nowadays, Egypt cracks down on Hamas as well.

Though Hamas no longer governs, it effectively retains control over the Gaza Strip and its 1.8 million inhabitants. The "government of national consensus," which Hamas and Fatah agreed to last year and which allowed for the return of the Palestinian Authority to Gaza, has so far failed to assert itself there. 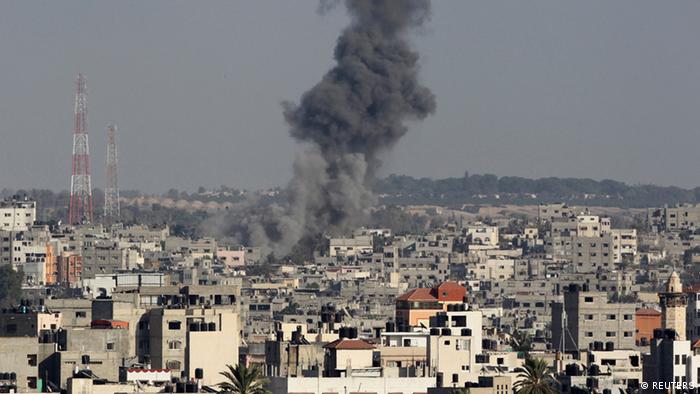 Six months since fighting ended, some parts of Gaza remain in ruins

Both sides accuse each other of not being serious about reconciliation. Since the war, Palestinian Prime Minister Rami Hamdallah has visited Gaza only once, and people there are disillusioned about the prospects of reconciliation. In the meantime, the military arm of Hamas appears to be preparing for another war and frequently tests rockets over the Mediterranean Sea.

Many analysts believe that the slow reconstruction effort is due to the Palestinian Authority's hesitation to assert its presence in Gaza, as well as Hamas' grip on power. The international community pledged $5.4 billion (4.8 billion) at a donor conference in Cairo last October mainly for reconstruction, but only a small percentage of this aid has arrived to date, according to UN officials.

The UN Relief and Works Agency in Gaza (UNRWA) had to stop its cash assistance program meant to help refugee families repair their homes when it ran out of money in January. A monitoring mechanism agreed upon by Israel, the Palestinian Authority and the UN to allow building materials into the Gaza Strip, and to distribute them to registered people, has also been slow.

Israel controls and monitors the import of aggregate, steel and cement strictly to avoid it being used for military purposes in Gaza. Aid agencies warn that with the current pace of reconstruction, it could take decades to rebuild the Gaza Strip.

"People have a sense of helplessness and feel powerless with all the problems we are living in Gaza," says psychologist Hassan Zeyada from the Gaza Community Mental Health Foundation. "They try very hard to find a solution, but all they see is that the situation gets worse and worse."

Zeyada has worked for many years to help people in Gaza deal with war trauma. Last summer, he himself had to deal with loss and trauma when an Israeli airstrike hit his family's house in the Bureij refugee camp killing six of his close relatives, among them his mother and three brothers.

"The people here are trying to keep some hope, they are looking for a future, but how can you instigate such a feeling in the context of a place where the situation is chronically bad? People just get more frustrated and more disappointed," he says. 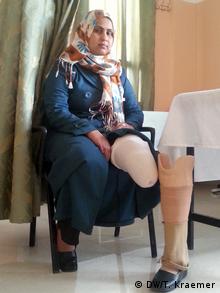 In northern Gaza, Safa Hamdan is trying to look to the future. Today, she has a shy smile on her face. One week ago, the 29-year-old received her prosthesis for her amputated left lower leg. A pair of shoes appear from underneath her long coat, as if she had two healthy legs. Walking, however, is still difficult.

"I am glad that I can move again, after not being able to do much at home," she says. Her husband, Munther, nods in encouragement. Both came today for a session of physiotherapy in a small clinic in Beit Hanoun, only a few meters away from the UN school were the family sought shelter during the war. On July 24, shells landed inside the compound, killing 13 people.

Hamdan, a mother of four, says that although her physical wounds are healing, she still feels unsafe wherever she goes. Her children are scared by loud noises and refused, at first, to go back to school; her oldest son has seen three wars in six years. She doesn't think much about the future, but hopes that things will get better. "What else can we hope for?" she asks.

Unyielding support for Israel has long been a bipartisan pillar of US foreign policy. But Prime Minister Netanyahu's planned address to Congress has further strained his already tense relationship with the White House. (02.03.2015)

An Egyptian court has designated the military wing of Hamas a terrorist organization, signaling further strains between Egypt's government and the movement that rules the Gaza Strip in the Palestinian territories. (31.01.2015)

Prosecutors at the International Criminal Court (ICC) in The Hague are to open an inquiry into possible war crimes by Palestinian and Israeli individuals. The Palestinian authorities signed up to join the ICC this month. (16.01.2015)