An Egyptian court has designated the military wing of Hamas a terrorist organization, signaling further strains between Egypt's government and the movement that rules the Gaza Strip in the Palestinian territories. 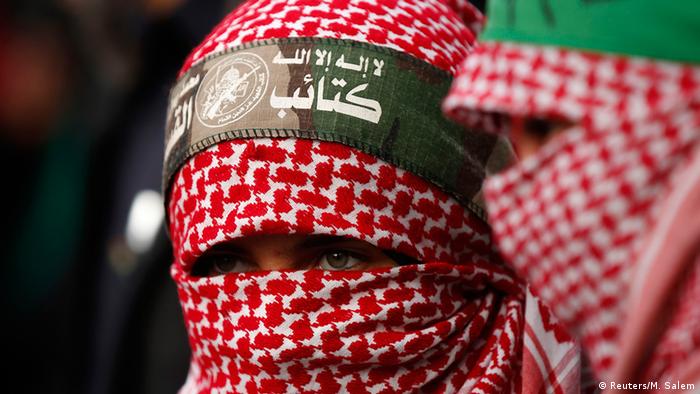 On Saturday, an Egyptian court banned the armed wing of the Palestinian group Hamas, the Izzedine al-Qassam Brigades, which had recently been removedfrom an EU terror list, and designated it a terrorist organization. Hamas officials have repeatedly denied involvement in cross-border attacks in Egypt, and a spokesman in Gaza described the court's decision as political.

"Hamas, which is a liberation movement that only fights the Israeli occupation, completely rejects the court's decision and rejects pushing its name into internal Egyptian affairs," spokesman Sami Abu Zuhri said on Saturday.

Ties between Egypt and Hamas have soured since 2013, when the army overthrew President Mohammed Morsi, a senior leader of the Muslim Brotherhood, of which the Palestinian political faction is an offshoot. Egypt has already outlawed and listed the Brotherhood as a terrorist group. A government crackdown on Morsi's supporters has killed more than 1,400 people.

Officials have also said that militants smuggle weapons from the Hamas-ruled Gaza Strip into Egypt, where they end up going to groups fighting to topple the government. Egypt's military claims to have destroyed more than 1,600 tunnels since Morsi's ouster. In early January, Egypt began work on doubling the width of a buffer zone along the border with Gaza to prevent militants infiltrating from the enclave.

Militants based in Egypt's Sinai region, which shares a border with Gaza, have killed hundreds of police and soldiers since Morsi's political demise. The case against Hamas came after allegations that the Izzedine al-Qassam Brigades had staged terrorist attacks to support the Brotherhood, and carried out a bombing and shooting operation that killed 33 security personnel in the Sinai Peninsula in October.

"The court ruled to ban the Qassam Brigades and to list it as a terrorist group," Judge Mohamed al-Sayid said Saturday in an interview with Reuters. He was commenting on the special Cairo tribunal, which deals with urgent cases.

A police crackdown on protesters on the fourth anniversary of the 2011 revolution to overthrow former ruler Hosni Mubarak left at least 15 people dead on January 25. On Thursday, a group of women staged a demonstration in Cairo to protest against deaths by police at political rallies.