Police have taken Beny Steinmetz, one of Israel's richest men, into custody in connection to an international money laundering scheme. Authorities also captured an adviser to the Austrian premier. 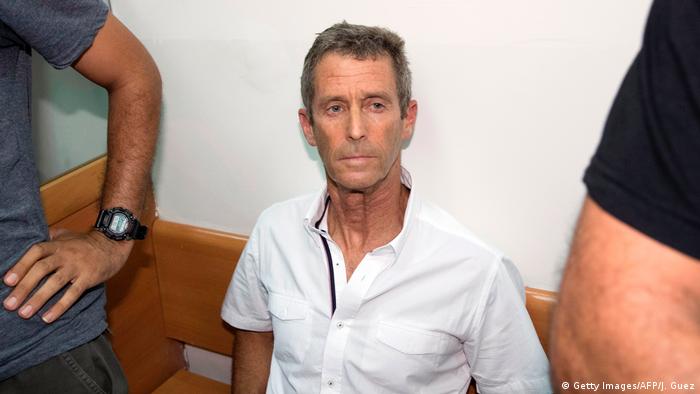 Police said they were "investigating a number of suspects since the morning on suspicion that they worked systematically with the main suspect in order to produce and present fictitious contracts and transactions, including in the field of real estate in a foreign country, for the purpose of money transfers and money laundering."

The operation marked the second time Beny Steinmetz, an Israeli diamond magnate, was held by Israeli authorities since December, when he was placed under house arrest following a corruption probe into mining deals in the West African nation of Guinea.

Tal Silberstein, an adviser to Austrian Chancellor Christian Kern, was also targeted by the operation, prompting the Social Democratic Party of Austria to cut ties with him.

"We have parted with an adviser who had played a very important role in the team of Chancellor Christian Kern for a long time," said a statement from the party.

Israeli telecommunications company Bezeq said David Granot, its interim chairman, was detained, but that the police investigation did not concern its entities.

However, Steinmetz told a magistrates court on Monday that the allegations were unfounded, adding that the claims formed part of a political persecution campaign funded by Hungarian-American billionaire George Soros.

Read more: Jewish life in Iran was 'always better than in Europe'

Last year, Romania authorities charged Steinmetz with forming an organized criminal group and money laundering in a case that cost Bucharest $145 million (123 million euros). According to Forbes, Steinmetz has a net worth of $1.02 billion.

The court ordered Steinmetz and Silberstein's remands be extended for an additional four days.

Former Israeli premier Olmert has received early release from prison, but he may still not be in the clear. Police are investigating him for trying to publish secrets. (29.06.2017)

Israel's PM Benjamin Netanyahu came under fire after retracting criticism of an anti-George Soros campaign. The Jewish-American billionaire said he is 'distressed' by the imagery used against him. (11.07.2017)