Israel's PM Benjamin Netanyahu came under fire after retracting criticism of an anti-George Soros campaign. The Jewish-American billionaire said he is 'distressed' by the imagery used against him. 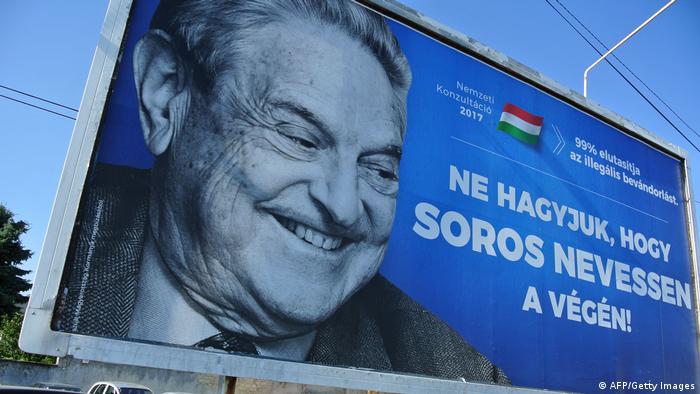 Israelis from both sides of the political aisle are fuming over Hungary's controversial poster campaign targeting the Jewish-American billionaire George Soros, though who is at fault - the Hungarian government, the Israeli government or Soros himself - remains in the eye of the beholder.

The Israeli ambassador to Hungary, Yosef Amrani, condemned a Hungarian poster campaign attacking Soros, saying it encouraged anti-Semitism. "Let's not let Soros have the last laugh," the billboards spread across Budapest read (above).

But a day later, Israel retracted the criticism, with the foreign ministry saying that Soros "continuously undermines Israel's democratically elected governments by funding organizations that defame the Jewish state."

Following Israel's shift of stance, many Israeli politicians and activists now claim that the current government, led by Netanyahu's conservative Likud party, prefers bluntly anti-Semitic views over what is perceived as "left-wing" opinions. 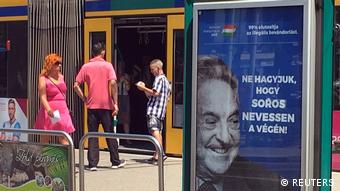 "I could not believe it, but today Netanyahu has reached a new low, when he officially supported an anti-Semitic campaign by Hungary's prime minister against a Jewish, Holocaust survivor, businessman," Stav Shaffir, a Knesset Member (MK) from Israel's left-leaning Zionist Union posted to Facebook.

"Some of these posters were glued to the floor in trains for Hungarians to step on them," she said. "Soros donates to human right organizations all over the world, has established a renown (sic) university, and Orban is trying to shut it down because it's too critical of the government. But guess who decided to support him and go against the Jewish community? That's right, the Israeli Prime Minister Benjamin Netanyahu."

Soros himself reacted to the campaign, saying that "I am distressed by the current Hungarian regime's use of anti-Semitic imagery as part of its deliberate disinformation campaign. Equally," he added, "I am heartened that together with countless fellow citizens the leadership of the Hungarian Jewish community has spoken out against the campaign."

In Hungary, Soros has enraged Prime Minister Viktor Orban with his support for more open immigration. But the financier and philanthropist is also highly unpopular among the Israeli right, as he supports human rights organizations such as Human Rights Watch that frequently criticize Israel's policies toward the Palestinians.

Soros's spokesperson Michael Vachon told DW in a statement said that "the Fidesz-led government [of Orban] launched a nationwide campaign reminiscent of Europe's darkest hours" and that "the government has spent $12.9 million (5.7 billion HUF) on the campaign so far."

Despite the accusations of an anti-Semitic tone pervading the poster campaign, several Israeli right-wing activists have taken to social media to express a discontent that lies not with Hungarian government or with Israel's retraction of criticism, but rather with Soros himself.

"The Foreign Ministry has condemned the Hungarian government for acting against the anti-Semite billionaire," Yoav Eliassi, an Israeli rapper and right-wing activist operating under the name "The Shadow," wrote on his Facebook page.

"But the left-wing clerks in the ministry didn't even ask Netanyahu (before issuing the condemnation), who then forced them to publish a clarification."

However, many Israelis still failed to understand how a campaign which forces commuters to step on Soros's face while boarding trains and singled him as the enemy of the state can be anything but anti-Semitic.

And indeed, since the launch of the campaign, several Hungarian media outlets have reported on anti-Semitic incidents in the country. "Some of the posters have been defaced with hateful graffiti such as 'stinking Jew' scrawled across Soros' face," Vachon added in the statement.

Netanyahu is due to meet Orban in Budapest on July 18 - the first visit of an Israeli prime minister to Hungary in 30 years. And on July 19, both Netanyahu and Orban are scheduled to meet with the premiers of Poland, Slovakia and the Czech Republic.

The timing of the campaign is therefore particularly sensitive, and some critics claim that Netanyahu abandoned his own values in favor of those of other world leaders. 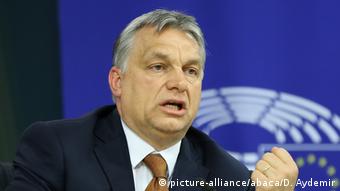 Netanyahu is due to meet Orban in Budapest on July 18

"Bibi [Netanyahu] is so in love with the idea of meeting with heads of state, that he's even willing to legitimize their anti-Semitic campaigns," said Niv Lilien, an Israeli senior journalist and activist.

Others have commented on Shaffir's or Eliassi's posts, such as Riki Kovacs Goldshteyn, who called Netanyahu's retraction "very disturbing."

"I'm trying to understand what was going through Netanyahu's mind when he acted like that. We Jews live here peacefully," said Goldshteyn, an Israeli who has been living in Hungary for 15 years.

However, Israel insists that it "deplores any expression of anti-Semitism in any country and stands with Jewish communities everywhere in confronting this hatred." Soros' spokesperson added that "the Hungarian regime's xenophobia and demonization of refugees are anti-European. The claim that Soros is promoting a scheme to import illegal immigrants into Europe is Victor Orban's fantasy."