Israeli Defense Minister Avigdor Lieberman says slain Hamas scientist was "no saint" but denies Mossad was involved in his death. But a Malaysian minister said the murder appeared to be the work of foreign agents. 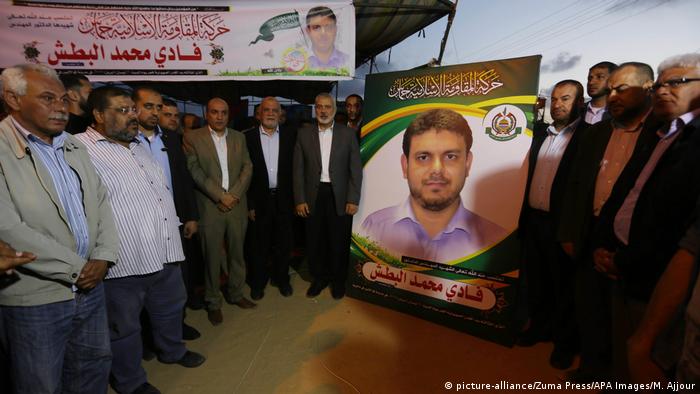 Lieberman said during an interview on Israeli Radio that Batsh, an engineer, was "no saint" and claimed he was an expert in rocket production.

Israel has long been concerned about rocket attacks from Hamas, the militant group that rules the Gaza Strip.

During the 2014 war between the two sides, Hamas fired hundreds of rockets into Israel but the vast majority failed to hit their targets. It continues to periodically fire rockets into Israel, with most of them falling harmlessly on empty land.

Rather than the work of Mossad, Israel's intelligence agency, Lieberman suggested Batsh's death was a "settling of accounts" among Islamic militants, though he offered no evidence to substantiate his claim.

"There's a tradition among terror organizations of blaming Israel for every instance of settling of accounts," Lieberman said, while noting that Batsh's work involved improving the range and accuracy of rockets.

"The man was no saint and settling accounts among terror groups and different factions is something we see all the time," he said. "I assume this was the case here too."

Still, Israel has a long history of suspected targeting of Palestinian militants in overseas operations. They have also been linked to other assassinations as well, but have rarely acknowledged them publicly.

Malaysian Deputy Prime Minister Ahmad Zahid Hamidi said the shooting suspects, who fled the scene, were thought to be Europeans with links to a foreign intelligence agency, according to Bernama, Malaysia's state news agency.

Hamidi said Batsh, 35, could have been seen as "a liability for a country that is an enemy of Palestine," Bernama reported.

Tensions between Israel and Hamas, which advocates for Israel's destruction, have escalated in recent weeks. Palestinians in Gaza have launched a series of protests along the border, demanding the right to return to homes they lost 70 years ago when the state of Israel was born.

Palestinians refer to the event as their "nakba," or catastrophe.

Israel has responded to stone-throwing Palestinians with live fire, killing at least 35, drawing criticism from the European Union and the United Nations. Israel claims it's protecting its border.

Separately, the Israeli army announced Sunday that 19 Palestinians in the occupied West Bank had been arrested. Fifteen of the suspects are allegedly affiliated with Hamas in Gaza, the army said, and "were instructed to carry out different missions on behalf of the Hamas terror organization."