Fadi al-Batsh, said to be an expert on drones and rockets, was gunned down as he walked to morning prayers in Kuala Lumpur. A Malaysian official said the suspects and victim may have worked for intelligence agencies. A Palestinian scientist, who was also an imam, was gunned down as he walked to morning prayers in the Malaysian capital, Kuala Lumpur, on Saturday morning, prompting concern he may have been assassinated.

Engineer Fadi al-Batsh was a "scientist of Palestine's youth scholars" and a "loyal" member of Hamas, according to the militant organization, which presides over the Gaza Strip and has never officially recognized Israel's right to exist.

They gave no further details about Batsh's scientific achievements but said he had made "important contributions" and was an active participant in international forums regarding energy.

"Preliminary investigations found four gunshot wounds on the victim's body," Mazlan said in a statement. "Two bullet slugs were found at the scene of the incident."

The police chief said video footage from CCTV cameras near the scene of the shooting showed that two suspects waited for nearly 20 minutes in the area before attacking.

"We believe the lecturer was their target because two other individuals walked by the place earlier unharmed," he said. "We will view the recordings of all the CCTV in the area to identify the suspects and get the registration number of the motorcycle." 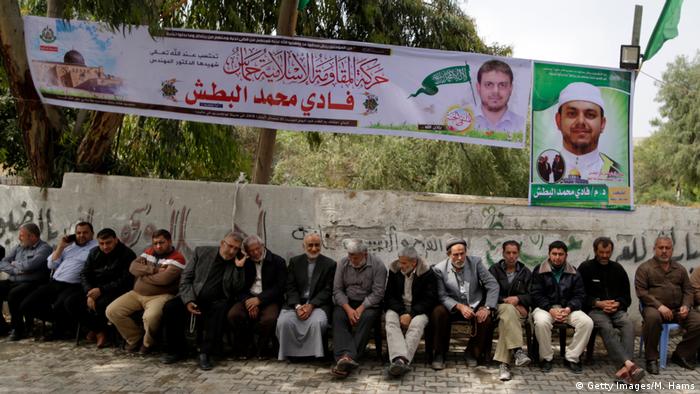 Palestinians in Gaza mourn the death of Fadi al-Batsh

He added the victim also had links to foreign intelligence and described him as an expert in electrical engineering and rocket-building. Israeli media reports say Batsch was deeply involved in developing Hamas' drone program.

Without naming Israel directly, Zahid told Bernama that the victim could have been seen as "a liability for a country that is an enemy of Palestine." Hamas said he was "assassinated by the hand of treachery."

But Batsh's uncle, Jamal al-Batsh, was more direct, saying he believed his nephew was killed by Israel's espionage service.

It was "the Israeli Mossad," he said. "The Israeli Mossad stood behind the assassination of educated people and intellectuals because Israel knows Palestine will be liberated by scientists."

The Israeli government refused media requests seeking comment. But Israel has a long history of targeting Palestinian militants in overseas operations around the globe. The government has been linked to other assassinations as well, but has almost never acknowledged them.

Tensions between Israel and the Palestinians are especially high these days as Israel marks the 70th anniversary of its birth; an event the Palestinians refer to as their "nakba," or catastrophe.

The attack in Elad, an Orthodox Jewish town, came as Israel celebrated its independence day.

The "Islamic State" militant group has claimed responsibility for an attack in the northern city of Hadera. Israeli authorities said two were killed and 10 were injured.