Israel backtracks on plans that enraged Christian Churches in Jerusalem

Israel has suspended a plan to tax Church property in Jerusalem following a backlash. In response, Christian leaders have re-opened the Church of the Holy Sepulchre after closing it due to the controversial measures. 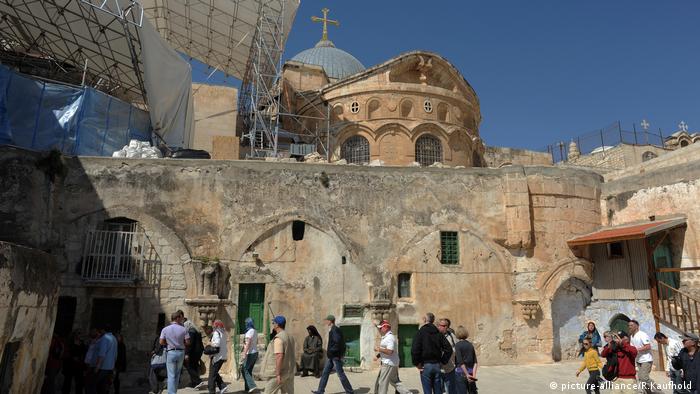 Israel's government on Tuesday said it would suspend a controversial tax and expropriation bill that Christian leaders in Jerusalem had earlier described as a "systematic and unprecedented attack against Christians in the Holy Land."

The Greek Orthodox, Armenian and Roman Catholic churches closed the Church of the Holy Sepulchre on Sunday in protest against the Jerusalem municipality's tax and land right plans. However, Christian leaders reversed their decision on Tuesday following the Israeli government's decision to suspend the measures. 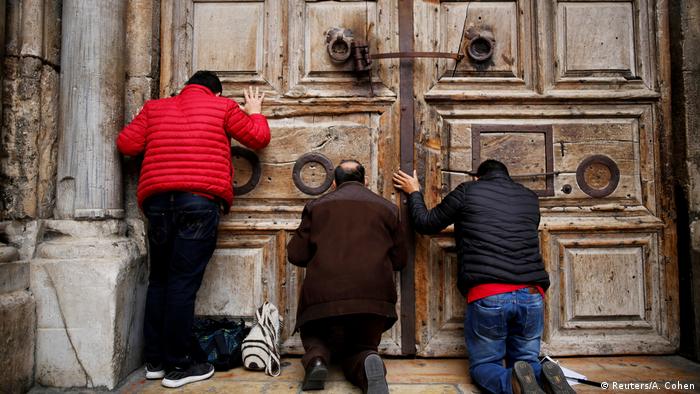 The Church of the Holy Sepulchre has been closed since Sunday in protest. Church leaders have described Israeli plans as "an attempt to weaken the Christian presence in Jerusalem."

A separate piece of legislation in parliament sought to allow the Israeli government to expropriate land the Church sold to private land developers. The land bill, according to its drafters, is designed to protect homeowners from not having their leases extended.

Church shutdown: In protest, Church leaders of all denominations had closed the Church of the Holy Sepulchre on Sunday. Church leaders said Israel was trying to upset the status quo running back to the Ottoman Empire, and later the British Mandate in Palestine.

The Churches are major landowners in Jerusalem. They said both the tax and land rights changes would make it more difficult to fund operations.

Palestinian concerns:  Palestinians are concerned the land purchases are designed to expand Israeli settlement construction in East Jerusalem, which they claim as the capital of a future state.

The Church is located in the Israeli-annexed East Jerusalem. Christians from around the world make pilgrimages to the Church, which is run by several denominations.

The US will move its Israeli embassy from Tel Aviv to Jerusalem in mid-May, coinciding with the 70th anniversary of Israel's founding. A top Palestinian negotiator has described the timing as a "blatant provocation." (24.02.2018)

A total of 128 UN member states voted in favor of a draft measure that declares US President Trump's Jerusalem decision "null and void." The overwhelming backing for the resolution came despite US threats to cut funding. (21.12.2017)

The legislation amendment could complicate efforts to reach a peace accord between Israel and Palestine. It comes less than a month after US President Donald Trump's decision to recognize Jerusalem as Israel’s capital. (02.01.2018)