Israel's defense minister has said the proposal aims to "change the reality in the Gaza Strip." For years, the coastal enclave has been under a naval blockade, preventing it from receiving goods by water. 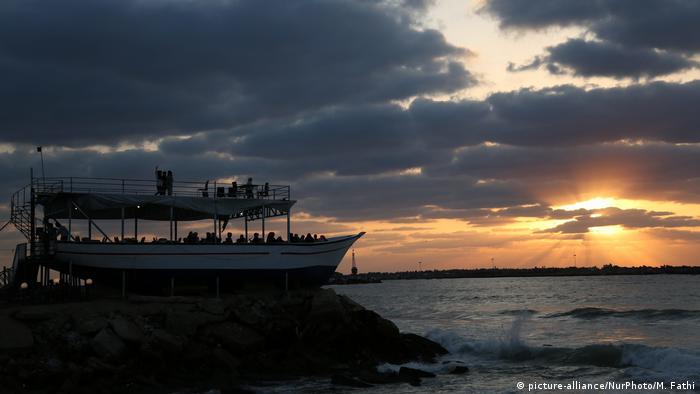 The Cypriot government on Tuesday said Israel has requested it examine the possibility of building a port facility for Gaza-destined goods to pass through.

Such a facility would provide a new way for goods to make it to the Gaza Strip, which is under a blockade by Israel and Egypt.

Israeli Defense Minister Avigdor Lieberman made the proposal after reaching an understanding with Cypriot President Nicos Anastasiades during an official visit to Nicosia. But his office warned that there were conditions.

"Any idea presented to improve the humanitarian situation would be conditioned on solving the issue of the captives (Israelis held in Gaza) and MIAs (Missing in Action)," said a spokesman for Lieberman's office.

Who would run the port? The port would be run by Cypriot authorities with the help of Israel and elements of the international community, according to Israeli media.

Why is there a maritime blockade? According to Israeli authorities, the blockade is aimed at preventing arms from reaching the Gaza Strip, which is run by the Islamist movement Hamas. But the enclave is also home to several militant groups who continue to launch rockets towards Israel.

But the UN has urged Israel to create more avenues for goods to reach the enclave, as many Gazans live in poverty.

What happens next? Yuval Steinitz, Israel's minister for energy and water resources, said on Tuesday that he spoke with US presidential adviser Jared Kushner about "solutions for easing the humanitarian crisis in Gaza." The US has signaled it will "soon" unveil a comprehensive peace plan to end the decadeslong conflict between Israelis and Palestinians.