Archaeologists in Israel say they have excavated the ancient world's largest winemaking complex. The Gazan white wine was exported across the eastern Mediterranean during the Byzantine era. 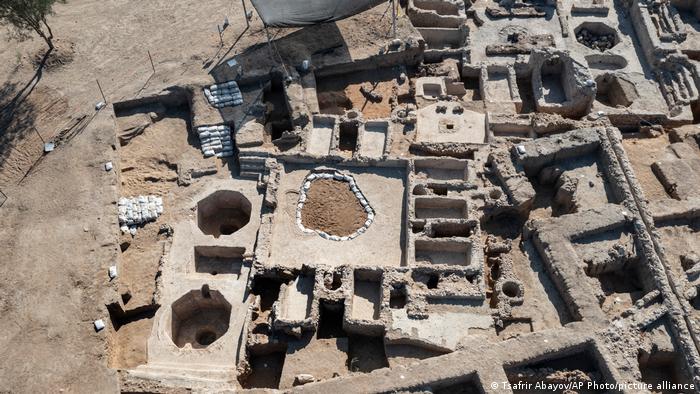 The winemaking complex is believed to be around 1,500 years old

Archaeologists in Israel said they had excavated the largest known winemaking facility in the Byzantine world in the city of Yavne.

The vast industrial complex, situated by the Sorek stream, is one of the bigger excavations in the country, employing some 300 people.

The sound of wine

'Gazan wine' for the ages

While archaeologists are uncertain of what kind of grape was used to produce the 1,500-year-old libation, the facility produced an impressive 2 million liters (over 520,000 gallons) annually. Wine in Israel today is made from grapes imported from France.

The "Gazan wine," named for the ancient ports from which the wine set sail for other ports across the eastern Mediterranean region, was even noted as a menu feature at the coronation feast of Justin II of Constantinople in 566.

Jon Seligman of the team of archaeologists leading the excavation said everyone in antiquity drank wine, from children to adults, because unlike water, "this was a major source of nutrition and this was a safe drink because the water was often contaminated, so they could drink wine safely."

"This was a prestige wine, a light white wine, and it was taken to many, many countries around the Mediterranean," he added.

A winemaking epicenter in Byzantine times

Each of the five large wine presses at the site is about 225 square meters (2,420 square feet) in size. The site also held warehouses, kilns for producing clay storage vessels and tens of thousands of fragments and jars. 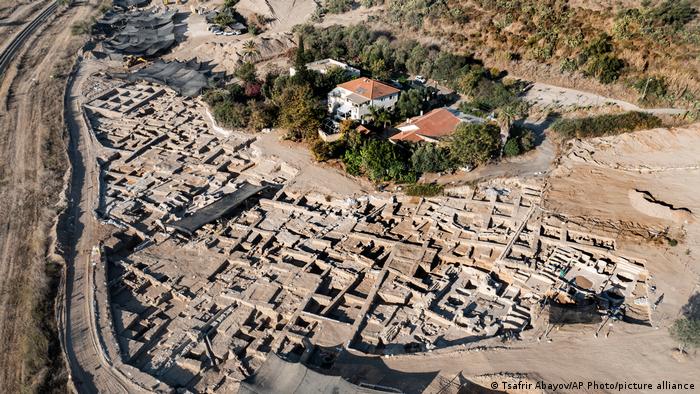 People in the ancient world drank wine to stay healthy, because water was often contaminated

Israel's Antiquities Authority said the complex reveals Yavne was a winemaking powerhouse during the Byzantine period.

Over the last two years, archaeologists have been hard at work unearthing the vintner's paradise of the Byzantine world south of Tel Aviv.

Yavne was a Jewish settlement in Biblical times. It became a key city after Jerusalem was sacked in 70 AD.

Persian-era wine presses some 2,300-year-old were unearthed at same site.

The Israeli military has said it fired targets at a Hamas compound. Tensions have been on the rise at the border separating Gaza, prompting worries that violence could escalate once again.