The 1,200-year-old building is one of the oldest mosques ever discovered in Israel. The researchers also uncovered a farm and a small settlement near the mosque in the Negev Desert. 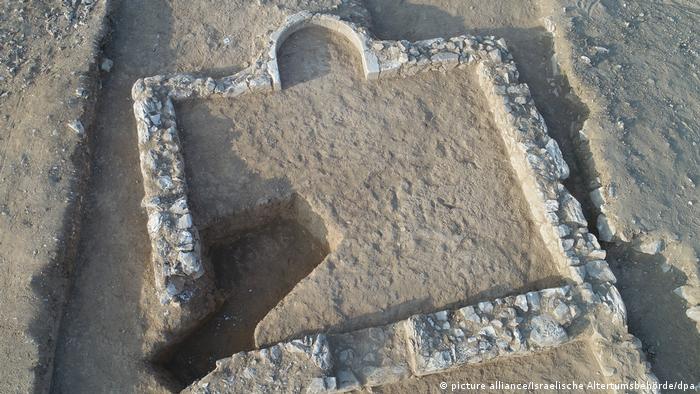 Archaeologists announced on Thursday that they had discovered a 1,200-year-old mosque in the Negev Desert in southern Israel. The extremely unusual find was made near the Bedouin city of Rahat.

"A small, urban mosque – dating from the 7th or 8th century – would be a rare discovery anywhere in the world, but especially in the area north of Be'er Sheva," said excavation directors Jon Seligman and Shahar Zur, referencing the largest city in the Negev Desert.

No similar structure has ever been found in the area.

The mosque was a rectangular, open-topped building with a round prayer niche, and is aligned in the direction of Mecca. The researchers believe it was likely used by farmers in the area, as a farm from the 6th or 7th century was also uncovered during the excavation.

A small settlement was also found, including houses with living rooms, courtyards, storage rooms and fireplaces for food preparation.

Archaeologist Gideon Avni said that it was one of the oldest known mosques in what is today Israel, as the area was first conquered by the Arabs in the year 636.

New historical research in Germany has given some clues as to the origins of the ancient Philistines. DNA testing on bones found in a cemetery on the Israeli coast suggest Aegean beginnings. (04.07.2019)

Archaeologists hope to allow public access to the villa and petrified horses. Buried in volcanic ash in 79 AD, the remains at Pompeii capture the last moments of life in the Roman city. (24.12.2018)