New historical research in Germany has given some clues as to the origins of the ancient Philistines. DNA testing on bones found in a cemetery on the Israeli coast suggest Aegean beginnings. 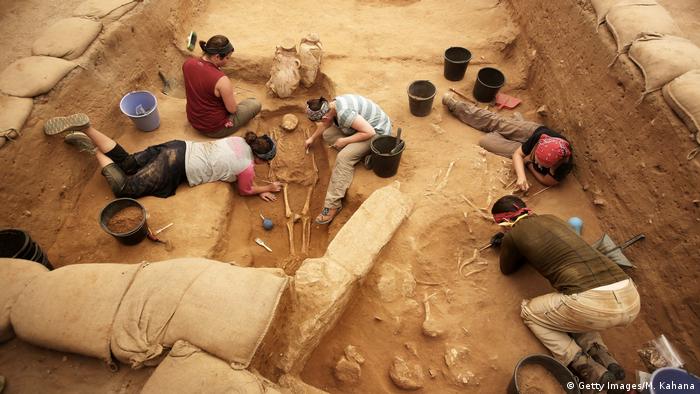 Bones unearthed in Israel and analyzed in Germany may have revealed the origins of the ancient Philistine people.

The Philistines were believed to have arrived in modern-day Israel in the 12th century BC, though there was little evidence to suggest where the people had come from.

But the Leon Levy Expedition to Ashkelon, one of the key Philistine cities, may have finally unearthed their origin to be European. Ashkelon is a city on the Mediterranean coast of Israel, 50 kilometers (31 miles) south of present-day Tel Aviv.

Goliath, the giant-like warrior, was defeated by David with a sling during a battle in the Valley of Elah, southeast of what is now Tel-Aviv. The Old Testament story made Goliath the most famous Philistine in history.

Daniel Master, the director of the expedition, said that "the idea that the Philistines were immigrants was something we could never demonstrate before." 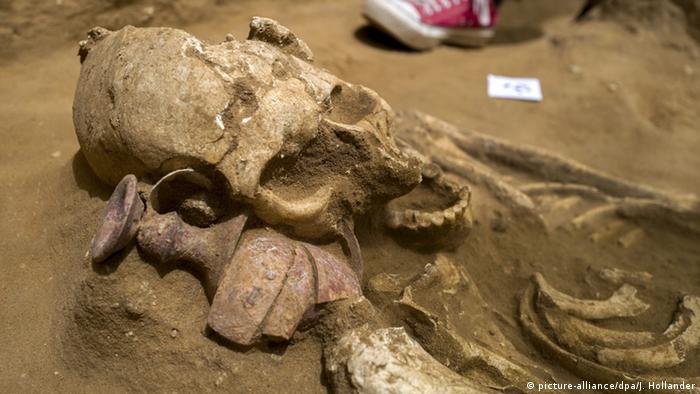 The archaeologists first found the skeletons in 2016

Bones extracted from the site of the Ashkelon Philistine Cemetery were sent to the Max Planck Institute for the Science of Human History in Jena, Germany, for DNA analysis. The technique was not available to archaeologists when the bones were originally discovered in 2016.

Researcher Michal Feldman from the Institute said that analyzing the bones of Philistines from two separate periods suggested their connection to Europe.

The Philistines were thought to have lived in what is now Israel from around the 12th century BC onward. Philistine DNA, though, had some DNA components that were of European origin. These components were not shared with the people who had lived in the Ashkelon area beforehand.

Master, the leader of the expedition, said the revelation was "extraordinary."

"We can finally say — directly, physically -- that these people were immigrants to this region in the 12th century."

"Archaeologists have been working for 150 years on this issue." He said that the Philistine origins were definitely linked to Europe, and possibly Southern Europe.

The research teams have not yet identified the reason for the migration to modern-day Israel, but they have suggested civilization collapses in the 13th century could be responsible. "Civilizations all around the eastern Mediterranean collapsed, and it's very likely that groups were spun out all over the place," Master continued.

Biblical stories about the Philistines led to the term "philistine” meaning someone who is culture-less or rude. However, the Ashkelon expedition discovered jewelry and perfumed oil buried with the Philistines.