Past economic agreements with Israel have been controversial in Egypt, where support for the Palestinians runs high. But this major gas deal adds to growing strategic and diplomatic ties between the countries. 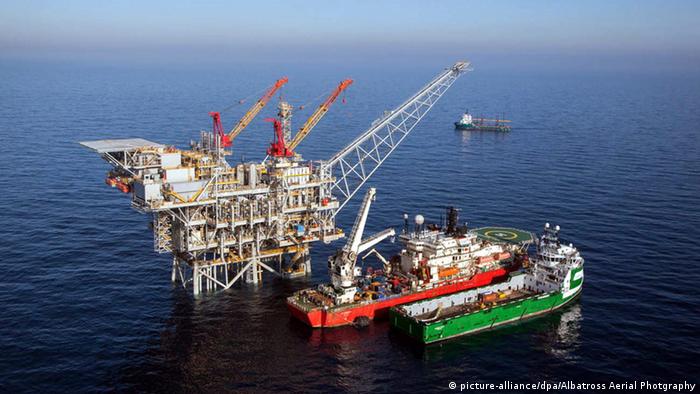 Israeli drilling company Delek Drilling and its US partner Noble Drilling announced Egyptian firm Dolphinus would buy around 64 billion cubic meters (2.26 trillion cubic feet) of gas over a decade. It is the largest export agreement for Israel's natural gas industry.

The gas would come from Israel's Tamar and Leviathan offshore gas fields. Tamar began production in 2013. Leviathan is scheduled to start producing by the end of 2019 after repeated delays.

Israel hopes that its offshore gas deposits can provide long-term energy security and lower domestic prices, as well as be a diplomatic tool with its Arab neighbors.

The deal with Egypt adds a new layer to Israel's growing relations with its Arab neighbor, which have traditionally been focused on security issues.

It comes as the prospect of exporting Israeli gas to Europe through the divided island of Cyprus and Turkey has run into difficult geopolitical realities.

"The developing companies operating in Israel's territorial waters worked tirelessly to find potential buyers, and despite the complications with exporting to Egypt managed to find some kind of framework for cooperation," Mitchell told DW.

"The export deals establish Egypt's status as a regional energy center which allows the supply of gas both to the Egyptian domestic market and for export, and allowing economic development of the Egyptian and the Israeli economies," he said.

The Israel-Egypt gas deal still has to overcome several obstacles. One is transporting the gas from Israel to Egypt.

Both Israel and Egypt still need to provide regulatory and government approvals for the exports.