A new rebel coalition, "The Army of Conquest," has started an offensive against the city of Idlib in northwestern Syria. The extremists have offered full amnesty to Sunni Muslims if they desert government troops. 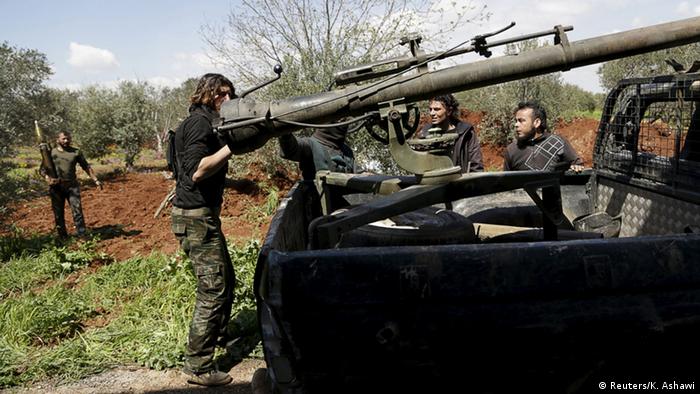 "The Army of Conquest" combines forces of al Qaeda allies from Nusra Front with the powerful Ahrar al-Sham faction and several smaller Islamist groups, according to their founding statement posted Tuesday. The new coalition launched a joint offensive to take the capital of Idlib province on the same day, shelling the outskirts of the strategic city and detonating at least car two car bombs at army checkpoints in their push toward the urban areas.

"The attack has started from several directions, there are fierce battles," Rami Abdel Rahman, director of the Syrian Observatory for Human Rights, said.

In an online message, the rebels asked the locals to stay indoors in the coming days, telling them the extremist fighters "are at the walls of Idlib" and "have decided to liberate this good town."

"The Army of Conquest" also called on Sunni soldiers defending Idlib to "repent" and promising them full amnesty if they desert the army.

Idlib province is considered a stronghold of Nusra rebels, despite the fact that government troops still control the city itself. The province capital is close to the important highway connecting Damascus to Aleppo.

"The Army of Conquest has taken a regime checkpoint on the city's western borders," an activist from Idlib Khaled Hanoun said to the AFP news agency, adding that Internet services were cut in the city.

In addition, rebel sources on Twitter claim that the new coalition had taken two factories that Syrian forces used as barracks on the outskirts of Idlib. However, the group has not managed to breach the edge of Idlib, according to the Syrian Observatory for Human Rights.

In October 2014, Nusra fighters managed to capture and briefly hold the police headquarters and governor's residence in the city before the regime troops pushed them out.

The al Qaeda-associated Nusra forces are by far the strongest in the area, with their fighters recently driving US-backed competition from Idlib and Aleppo provinces.

Nusra Front's rival and most powerful anti-government force 'Islamic State' was not involved in the clashes.

The militant Nusra Front group says its military commander has been killed in an air strike. A number of the group's other prominent leaders are also believed dead. (06.03.2015)