France has again been rocked by a series of Islamist attacks. Jürgen Ritte, a German professor at the Sorbonne in Paris, spoke to DW about how France handles terror. 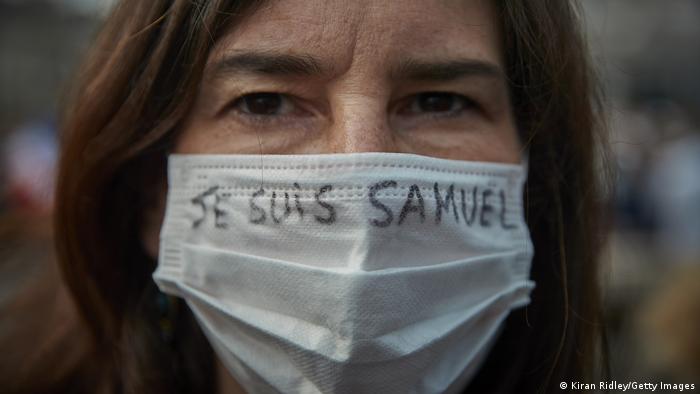 Over the past five years, France has been particularly affected by terrorist attacks.

DW discussed the situation with essayist and professor of German literature and intercultural studies at Sorbonne Nouvelle University Jürgen Ritte, a German-French translator who has been living in Paris for the past 33 years.

DW: The attack on the Bataclan concert hall, on the Charlie Hebdo editorial offices, on people celebrating in Nice, and more recently a teacher decapitated near Paris and a knife attack at a church in Nice — would you say they all were aimed at the heart of French society?

Jürgen Ritte: Yes, that's what makes it particularly disgusting. High-ranking politicians are protected, but institutions open to everyone were targeted. Church buildings are open to the public, schools are open in so far as the exits aren't usually guarded. The middle of society was chosen; it is the only safe target.

Has something gone wrong in France, also with regard to coming to terms with the colonial past? Did the media perhaps play down issues like the role of Islam, and not put enough focus on the lack of integration?

People invariably make that connection but we are talking about two different things. It is difficult to speak of a failed integration policy when, as in Nice, you are dealing with an assassin who was in France for just a few hours.

It is also difficult to speak of failed integration when you are dealing with the son of a Chechen asylum-seeker who fled Chechnya during the war that Russia waged there, and now the son thinks he has to continue the war in some way by killing a teacher he doesn't even know. I can't see that as a matter of failed integration. It is simply murder, and criminal organizations are involved.

You teach both literature and journalism at the Sorbonne. How do you deal with issues like radicalization of Islam and social injustice, issues that are all connected?

There is no denying that France has social problems in some of the major cities' peripheral districts. The state has indeed failed there. It has pulled out and does not take care of the people crammed into public housing projects. It has failed because it has abandoned the teachers in the schools with overcrowded classes and because, like in Marseille, police officers don't even venture there because they fear attacks by drug dealers.

What can be called a social failure by the state is the fact that since the days of President Francois Mitterrand, no concept for the hot spots in the so-called "banlieues" has been successfully developed or implemented.

But you can't say that as a result, people are now beginning to behead and stab and slaughter other people like animals. I consider it to be extremely problematic to establish this connection, it is an impermissible bypass, an amalgam.

How about France's handling of its colonial past?

France's colonial past is the reason why Islam is the country's second largest religious community. A great many people from the old colonial areas or protectorates from North Africa, often also from sub-Saharan Africa, live in France, they are French people in France. Social advancement has been rare, but that does not mean they are not integrated or live miserable lives. They are all French, they have French passports, unlike for example, many Turks in Germany. 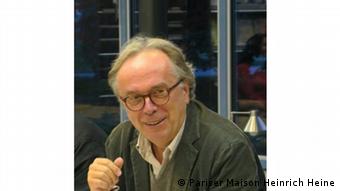 Jürgen Ritte has lived in Paris for more than 30 years

Most of them make it somehow. They may not be sufficiently represented in sectors of French society that are visible, like popular TV news broadcasters, or among senior politicians and civil servants, university professors, heads of big companies or in the culture sector. But many graduate from high school and find jobs afterwards.

These people belong to the Muslim religious community, but have absolutely nothing to do with terror, they adamantly reject it because they are tarred with the same brush when terror attacks occur.

It is not the representatives of a dominant white French society who do not distinguish between Islamism and Muslims, but the Islamists who deliberately create this confusion, who are forcing a split in society, who cater to the extreme right and who ultimately long for a civil war-like state.

Are these then exceptional acts by individuals rather than a consequence of France's failed integration policy?

That explanation would be too mechanical, because then we would have a permanent civil war all over Western Europe. People everywhere have reason to be dissatisfied. You'll find groups that are not properly integrated everywhere, too, groups for who the state is absent. We do not need to sugarcoat that: We have problems in society. 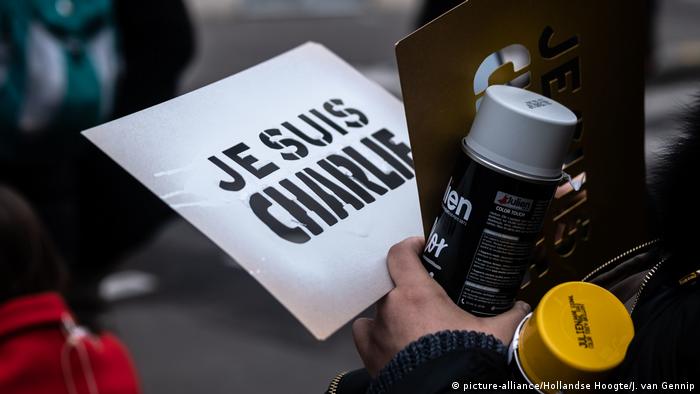 I am Charlie: People all over the world showed solidarity with France in 2015 after the attack on the Charlie Hebdo offices

The attack on Samuel Paty, the teacher, and the knife attack at the church in Nice — the attacks have become more savage. Would you say executing a person out on the street has symbolic power?

I have the impression that they are symbolic acts in the sense that they are killings like those we have seen on television, from pictures of what the so-called Islamic State did in Iraq and Syria. We've seen the photos from Afghanistan.

To cut off a person's head, to butcher them like an animal, you can't do anything worse in its barbaric dimension. But that is how they stage themselves, the merciless arm of an avenging god: There is a reason why some assassins film their murders. The fact that the images of Samuel Paty's beheading were quick to be circulated on the Internet [an Islamist imam had posted them on the net, editor's note] is part of the idea; it's the message. That is total terror.

How can France still defend its values if the teaching staff must fear being executed in the streets?

First of all, we need to improve security in schools. We already have the "Vigipirate" security measures introduced after the Charlie Hebdo attacks, where universities and other public buildings like museums are accessible only through a gate and after controls. We should do the same in schools. 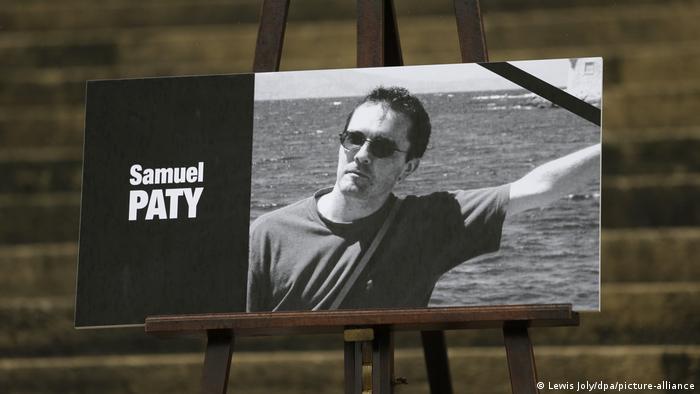 Samuel Paty was beheaded in a Paris suburb in October 2020

It is quite simply a matter of defending a legal system. We have the police and secret services for prevention. We have laws, and courts. That is what we should rely on first of all. President Macron has repeatedly reminded us of France's values: Freedom of expression, secularism.

I find it problematic that after every single terrorist attack values are being stressed with quite some rhetorical effort. It is understandable in view of the huge shock the attacks trigger.

But should we engage in a discussion of values because of terrorist attacks? Should we let murderers force on us a discussion? That would give them legitimacy, it means we would accept murder as a contribution to the discussion while you wonder what values the other side puts up for debate.

This interview was translated from German by Dagmar Breitenbach.

The three new suspects are accused of "criminal terrorist conspiracy," according to judicial sources. Ten people have now been charged in connection with the murder of teacher Samuel Paty last month.

Authorities are investigating a deadly knife attack in the French city of Nice as a terrorist incident. Following the third attack in two months attributed to Islamist extremists, France raised its alert level to urgent.