Bashar Assad is now seen as less of a threat than the ISIS militants in the Syrian civil war. But experts warn attempting to make an ally of the regime in Damascus is not in the West's interest. 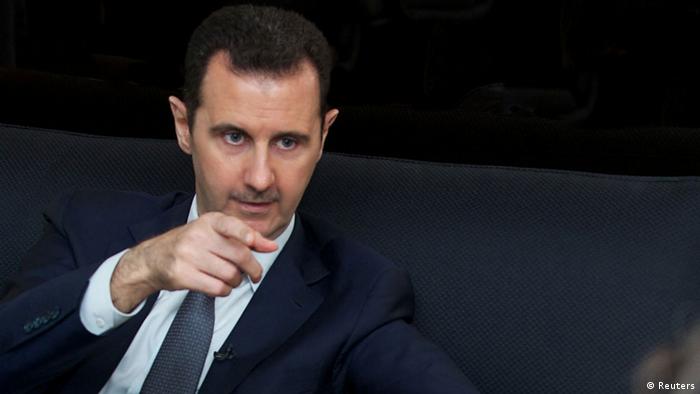 The rapid advance of the radical militant group ISIS in Iraq and Syria has changed the military balance of power in the Syrian conflict. It has also shifted perceptions.

For a long time, the regime of Syrian President Bashar Assad, was seen as the West's main enemy in the civil war. Following staged elections in government-controlled parts of the country in June, Assad was officially inaugurated for a new presidential term on Wednesday (16.07.2014).

But ISIS, or Islamic State in Iraq and Syria, has long since surpassed the dictator as the greatest threat to the region. Its fighters don't just pose a risk to the governments of Syria, Iraq and the moderate Syrian opposition. More and more jihadists living in Europe are returning after combat missions in Syria, and security agencies warn this could lead to an increase in terrorist attacks. Given these developments, former CIA head Michael Hayden stated several months ago that a victory against Assad would be the best option.

Now the US and Europe are in a bind. The moderate opposition in Syria, preferred by the West, is too weak against both Assad's troops and the radical Islamists. Only Assad seems capable of stopping the advance of ISIS.

Assad: The enemy of the enemy

"In Syria, this story is a complete mess," said Albert Stahel, professor of strategic studies at the University of Zurich. Speaking to DW, he said the US and Europe could try to strengthen Assad's position against ISIS - a containment measure that would also protect neighboring Jordan.

If the West stands back and lets the conflict run its course, it would mean risking a change in the entire map of the Middle East. ISIS's main goal is to establish a caliphate stretching from the Mediterranean to the Euphrates River. 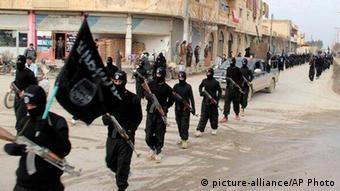 Rakka was one of the first cities in Syria to fall to ISIS, which now calls itself Islamic State

However, Shashank Joshi from the British think-tank Royal United Services Institute warns against reducing options in the conflict down to the choice between two evils. It's wrong to see the Assad regime unilaterally as a bulwark against a radical Islamic takeover, he said. Assad often presents himself this way, stressing that he has always warned against extremists, Joshi added.

"The narrative that, 'We told you so - this is all about counter-terrorism,' was a self-fulfilling narrative that only made things worse," Joshi said. "The longer you continue to pretend this is only a counter-terrorism problem, the more you will see that the rebellion becomes dominated by the very people you condemn."

Democratic change, rather than cooperation with Assad, needs to remain the main goal, he said.

According to media reports, several Western intelligence agencies have contacted the Syrian regime in Damascus over the past year. In 2013, German broadcaster ARD reported that one of them was the German Federal Intelligence Service (BND) - but this has not been officially confirmed.

Additionally, the Lebanese newspaper "The Daily Star" reported that high-ranking Syrian representatives had attended secret talks in Norway. Such accounts suggest Western agencies are already cooperating with the Syrian regime, even if Western governments are still publicly calling for Assad to be replaced.

For the West, it's mainly about getting information, says Stahel. Apart from ISIS, there are also other jihadist groups active in Syria, such as the al-Nusra Front. "They want to know more about these groups, especially about the European jihadists who are fighting with them," he said.

But in Joshi's view, even such limited exchanges can be risky in the context of counter-terrorism. "How do you know [Assad] won't simply pass on names of moderate rebels and say, 'These are all ISIS, or these are all al Qaeda'?" he asks.

"There's a severe lack of trust," he added, saying it was difficult to see how any kind of intelligence cooperation could work in such a climate.

Assad is the problem, not the solution

Public opinion is another factor that would need to be considered in any collaboration between the West and Damascus. Those who have spent years calling Assad evil can't suddenly turn around and make him an ally. According to Joshi, this would have a devastating effect on the moderate rebel groups who are supported by the West in their fight against Assad's forces and the Islamic State.

"That would only induce real anger amongst an already embittered, aggrieved rebellion," he said.

Joshi says that although ISIS and al-Nusra Front pose a much bigger strategic problem than the Assad regime, cooperation with Damascus would be counterproductive. Thus far, he hasn't seen any real shift in the international community's attitude towards Assad.

"This is a problem that is ultimately better dealt with in partnership with Assad's enemies than Assad's supporters," he said - countries like Saudi Arabia, Turkey, Israel and other long-time opponents of the regime, who are more inclined to cooperate effectively with the West.

"Why would you imperil much of that by opening dialogue with a man who has ultimately done more to inflate and foster that threat?"

The UN secretary general has urged all countries to enforce a finance and arms embargo against the Islamist extremist group ISIS. He called on Baghdad to address the sectarianism that sparked Iraq's current crisis. (16.07.2014)