Pakistan is currently facing one of the worst economic crises in its history. In an exclusive DW interview, former Finance Minister Ishaq Dar accuses the current government of waging "economic terrorism" in Pakistan. 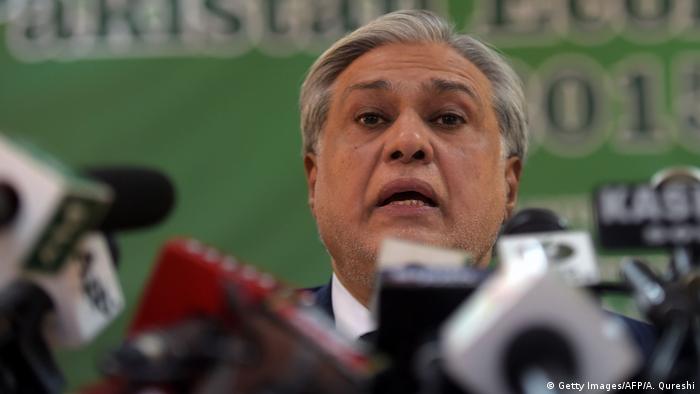 DW: How do you view the Pakistani government's economic policies? Will the IMF's financial bailout package help stabilize the economy?

Ishaq Dar: The incumbent government is incompetent and irresponsible. It actually wasted nine months to conclude its agreement with the IMF.

In 2013, when former Prime Minister Nawaz Sharif came to power, we had already worked out our own economic program. The cabinet approved it on July 4, 2013, just days after Sharif took oath. But the current government does not know what to do after assuming power; hence it has wasted time, which has created uncertainty in the market.

I am also not satisfied with the IMF conditions that the government has accepted. This IMF program will contract Pakistan's economic growth, with high inflation and high interest rates. The common people will face the brunt of this. 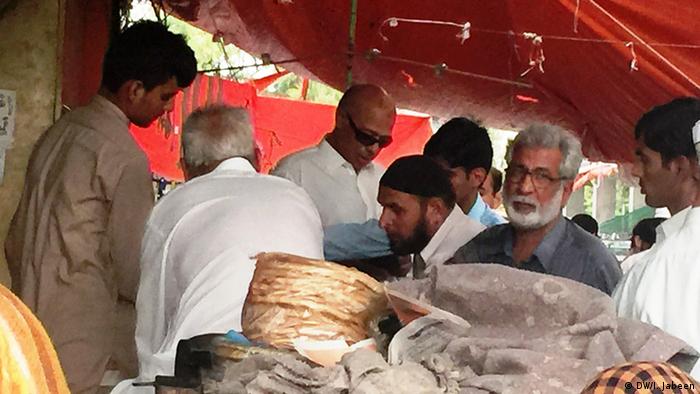 There are no signs of it. Our government sealed a different kind of agreement with the IMF in 2013, and we successfully completed it in September 2016 — the first time in the country's history. We made sure that the program focused on high growth, and in three years, Pakistan's growth reached close to 6% — the highest in the past 15 years.

On the contrary, our successors have massively devalued the Pakistani rupee in the past nine months. The interest rates have spiked, and inflation has risen from 3.6% to over 9%. At the same time, the prices of essential commodities have increased by 200%.

Actually, the current government asked for IMF assistance because its incompetence and a lack of vision caused the economic damage. Just two years ago, Pakistan was praised all over the world for its economic policies. In 2016, PriceWaterhouseCoopers predicted that Pakistan was on its way to join the G20 group of nations in the next few years. So the current economic mess is our own fault, and Khan's government is to blame for that.

But the ruling Pakistan Tehreek-e-Insaf (PTI) government says that it inherited the economic mess from the Sharif administration, and that it will take some time to fix it…

We only need to compare and look at the international reports on Pakistan's economy a few years ago. It takes hard work and a long time to build economy, but it takes just a few incompetent people and a short time to ruin the economy with the wrong policies. I think Khan's government has waged economic terrorism against the people of Pakistan.

How did you deal with the issue of Pakistan's large defense budget? There were reports that the country's powerful generals demanded that Sharif increase their funding, and his relations with the army turned sour after he refused to do so.

It is a fact that Pakistan is situated in a difficult region and cannot be complacent about its security. Our government always placed importance on national security. We spent a large amount of money to combat terrorism, and our efforts yielded results. But we could only meet the demands with what was available to us. I believe in implementing strict fiscal discipline, and I was supported at the time by Sharif. We didn't compromise on that.

But after coming to power, Imran Khan has reportedly increased the military budget, and according to some media reports, at the cost of the development fund.

Only Khan can tell about the increase in the military budget. It is, however, true that the incumbent government has slashed the development budget. Every government must give equal priority to development and security, as both depend on each other.

Pakistan needs to increase its growth and allocate more funds for development. This is the only way that we can pull people out of poverty and create jobs. In the past nine months, since Khan took charge, more than 1 million people have become jobless.

Ishaq Dar is a Pakistani politician, belonging to the Pakistan Muslim League (Nawaz) party. He is a former minister of industries and investment, minister of commerce and minister of finance. He is currently based in the United Kingdom.