Brussels is increasingly tired of what it sees as Warsaw's recalcitrance. But it also knows that Poland leaving the EU could damage the bloc's project perhaps even more than it would hit Warsaw's pocket. 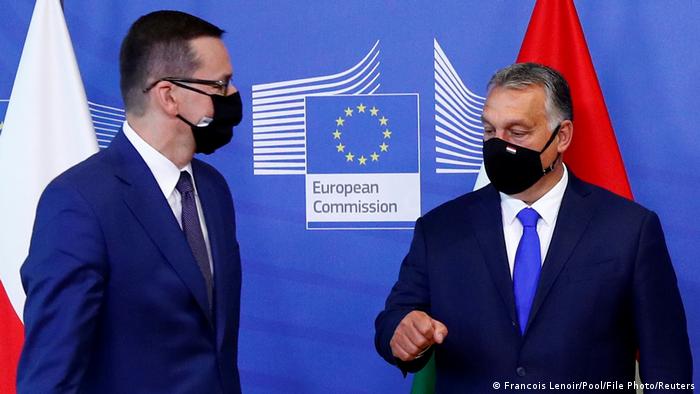 The Polish parliament last week joined Hungary in passing a resolution backing the government's plan to veto the EU budget if—as Brussels is threatening—it includes a rule-of-law condition. The two member states are also threatening to block the fund for economic recovery after the pandemic, which alongside the 2020-2027 budget comes to a whopping €1.8 trillion ($2 trillion).

Of this, the long-term EU budget—the Multiannual Financial Framework—is worth €1.074 trillion and the Recovery Fund €750 billion, of which €390 billion is to be nonrepayable grants and €360 billion in loans.

Prime Minister Mateusz Morawiecki said Poland could obtain its funds by issuing treasury bonds. And unless there is agreement when leaders of the EU states meet on December 10, a  provisional budget will come into force and Warsaw may have no alternative but to borrow on the debt market at higher interest rates.

This would be very bad for Poland and Hungary, but could happen, Milan Nic, head of the Robert Bosch Center for Central and Eastern Europe, Russia, and Central Asia, says. "Poland and Hungary are blocking two things, the budget and recovery mechanism, but their demands on both have already been satisfied," he told DW.

Indeed, Poland has already been promised €139 billion in cohesion funds and around €34 billion in loans from the budget and the recovery fund for the seven-year period starting in January.

Will Brussels get real this time?

One proposal to get Warsaw and Budapest into line is the rule of law mechanism, which gives the EU an instrument to sanction violations of democratic principles by cutting aid. This would, however, only apply to violations that involve the misuse of EU funds, something the governments of Poland and Hungary argue is legally unclear. Morawiecki told the Frankfurter Allgemeine Zeitung newspaper the rule of law mechanism could be used arbitrarily and for political reasons.

A lawyer in Warsaw who declined to be named said the link between EU funding and respect for the EU's fundamental values would indeed need to be made legally watertight, adding that for individual beneficiaries of EU funding, such as Erasmus students or civic organizations, the exact wording would have potentially profound implications.

Poland would be ready to drop its veto if EU leaders endorse an explanatory declaration on the link between EU funds and the rule of law, Deputy Prime Minister Jaroslaw Gowin said in a statement on December 3. 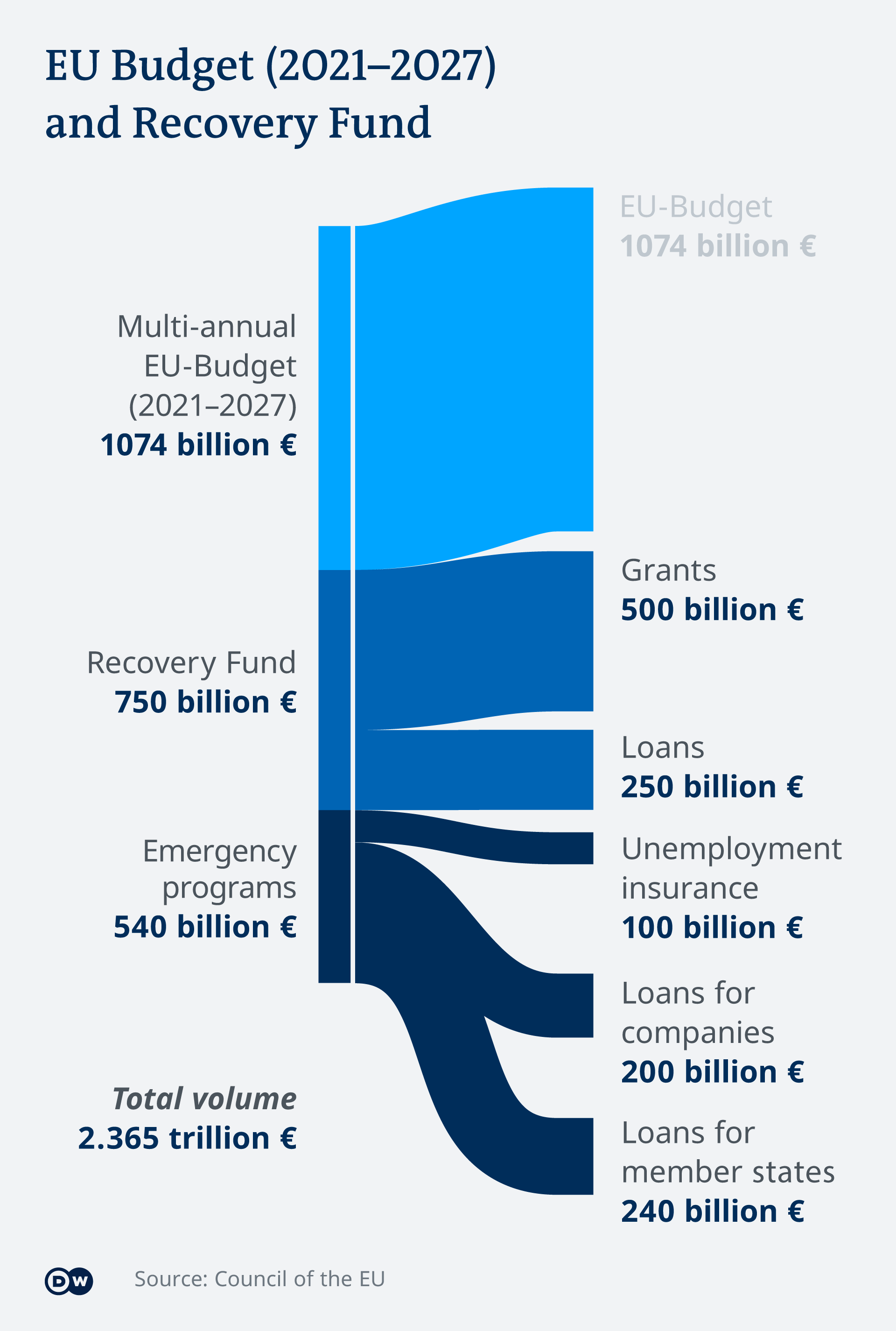 Others play down the rumpus. "There is always heated discussion on the budget in the EU," Piotr Arak, of the Polish Economic Institute (PIE), told DW. "But the theme is new and given that Poland exports its politics, this is how things tend to be perceived outside Poland. But even on the extreme right, no one wants to leave," Arak says. Meanwhile, the zloty and forint remained calm.

This is not the first time Brussels has been down this road. In 2018, it invoked Article 7 of the EU Treaty for a potential breach of obligations as a member of the bloc. Poland could have lost its voting rights and billions of euros in subsidies. But it didn't and Warsaw's approach to the EU has remained transactional since. "It is totally legitimate what PiS is doing," Nic says, but adds that the style they are doing it grates against the established culture of Brussels.

EU budget negotiations stalled in late 2019 as the rifts between East and West widened. The so-called frugal friends—Denmark, Finland, France, Germany, the Netherlands and Sweden—say they will veto any framework if it did not link the distribution of funding to respect for the rule of law. PM Antonio Costa says the Portuguese—who take over the presidency of the Council on January 1—will not soften the EU's position.

Morawiecki, meanwhile, argues there is a key link between the gross contributions of EU member states and the benefits they get from the single market. The Visegrad Group countries in 2010-2016 received net funds from the EU of 1.5-4% of their GDP, but the outflow from the group's four countries of dividends and property incomes to investors located in 15 countries of the "old" EU was 4%-8% of the V4 countries' GDP in the same period.

Meanwhile, US President-elect Joe Biden does not share Trump's dislike of the EU, while Polish leaders are aware that Merkel is bowing out in September, potentially offering a window where leverage can be most effective. The idea of a two-tier Europe is not to most mainstream EU politicians' liking, and pushing Poland and Hungary into a second division could also exacerbate existing illiberal tendencies in the two countries.

In terms of negotiations with Brussels, PiS clearly reasons that threats may increase Warsaw's leverage, in particular as Brussels struggles to find a solution to Brexit. "I think Brexit is the big issue for Brussels, and that Brussels will probably bend when it comes to Poland. They simply don't want the hassle of antagonizing Warsaw," Filip Slipaczek, a chartered financial planner based in the UK, told DW.

"Fortunately, at the moment no one is seriously thinking about Polexit in Poland and our membership has strong public support," Aleksander Laszek, chief economist at the Civil Development Forum, a think tank in Warsaw, told DW.

Kaczynski has said his party has no interest in a formal Polexit. Not surprising given that over 65% of respondents in Poland oppose the idea of their country leaving the EU, with about 17% of the opposite view.

"While leaving is out of the question, it is more realistic that the EU core would move forward without Poland and Hungary," Nic says. Dutch Prime Minister Mark Rutte is already heading in that direction, suggesting the rest of the EU could bypass Poland and Hungary.

"A de facto Polexit is highly possible or even probable as Polish illiberal authorities seem not to recognize or are opposed to CJEU [European Court of Justice] decisions and now express their willingness to resign from the EU budget and recovery fund," Agnieszka Bien-Kacala, a professor of constitutional law at the UMK university in Torun, told DW.

"This already means that Poland and Hungary are becoming in effect second-tier members. It is just a matter of time before the core countries go ahead with greater—and not only fiscal—integration," Bien-Kacala says.