Is trendy Berlin losing its edge?

No dogs along the lakes, less tolerance for dope smokers - the rules and social mores in easy-going Berlin are tightening up. 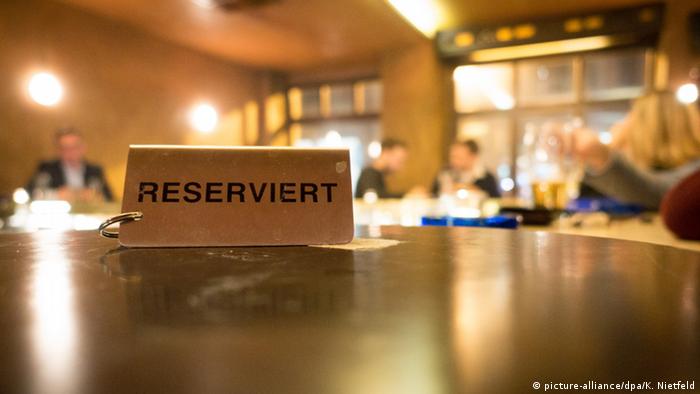 Berlin is not Germany. Lifestyles are more colourful, parties drag on way into the next day and the rules are laxer than in the rest of the country. That may be the German capital's reputation, but doubts are creeping in. Is Berlin turning into yet another bourgeois European capital, with new rules and social mores?

It starts with going out for a bite to eat. Booking has become essential in many parts of town, not just at star chef Tim Raue's Restaurant, but also at the Mexican cafe in hip Kreuzberg, where queues form outside the door.

A waiter leads you to your seat, as though it were New York. There are even reserved signs on the tables at the Falafel fast-food cafe. "Whenever I want to go out to eat with friends, I phone in advance to ask whether there is space," says Robin Schellenberg, 30, who co-manages the Fuchs & Elster (Fox & Magpie) in Neukoelln. His restaurant also takes reservations - previously barely conceivable in this part of the city, which was until recently seen as badly rundown. 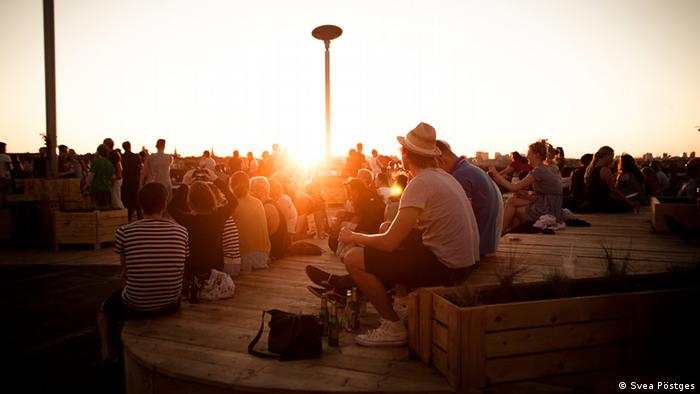 The bar Klunkerkranich is a perfect place to watch the sunset

The Klunkerkranich (Wattled Crane), perched high up over Neukoelln on a car park roof is bucking the trend by refusing to take bookings. "We don't want to create that kind of mentality of exclusiveness," Schellenberg says.

Berlin is growing and becoming more crowded, provoking discussion last year on whether the city was past it, with the "scene" moving on to Leipzig and Warsaw.

Berlin's 3.5 million residents are increasingly rubbing up against each other. Dog owners are annoyed that they can no longer take their pets to the bathing spots along Schlachtensee, a popular lake.

Drug dealers have become such a problem in Kreuzberg's Goerlitzer Park that the hashish to which the authorities had largely turned a blind eye is no longer tolerated. There was little uproar over the decision.

Students at the University of the Arts have come up with a "Salon of the Bourgeoisie" to celebrate in ironic fashion the foibles of the Generation Y now in its 20s and early 30s. One of the participants, Anni Kralisch-Pehlke, 31, says: "Actually it's wonderful to be married, to have gone for a walk on Sunday morning before 10 o'clock and then to sit on the sofa with a croissant." 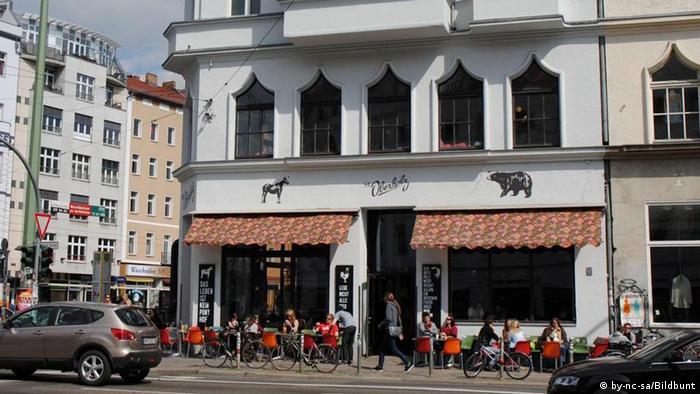 Sankt Oberholz cafe on Rosenthaler Platz in Mitte - the centre of town - is a renowned haven for internet start-up types with their laptops. Owner Ansgar Oberholz, 42, has long been observing changes in the city. His customers have moved on from "working on a project" to earning serious money.

Berlin could not forever remain the half-finished, poor-but-sexy capital, but it remains an exciting place to be, Oberholz believes. And there are still plenty of locations - perhaps not in Mitte, but certainly in the old factories that dot the outskirts.

Verena Siegel, who owns a shop selling household accessories in Kreuzberg, the cradle of Berlin's alternative scene, sees Kreuzberg as maintaining its edge. "The bourgeoisie won't move here, because there are so many Turks," she says. People were already moving out when they had children in the 1980s, because they didn't want them growing up in Kreuzberg," says Siegel, who moved to Berlin in 1981 and is now 56.

Her partner Pete Stanness, 46, is British and lived for a long time in London. He is unconcerned abut the city he has grown to love. "Berlin is the freest and most open city in Europe," he maintains. A graffito on a wall in Neukoelln sums up the pervasive feeling of cool: "Because it's really good for my health, I've decided to be happy."

Germany builds on its tourism boom

Big events attracted a record number of visitors to Germany in 2014. Still, tourism promoters will not rest on their laurels. What are their strategies to draw even more tourists this year? (03.03.2015)