Pakistan denies claims it is arming Syrian rebels at Saudi Arabia's behest. Experts, however, say Islamabad is not only providing military equipment to anti-Assad groups, it's also helping jihadists to go fight in Syria. 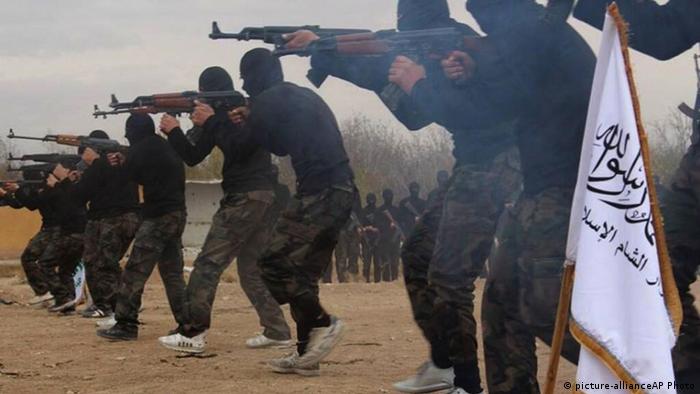 Pakistani and international media have reported about Pakistan-based Wahhabi militant groups, including al Qaeda and the Taliban, sending their members to Syria to fight against President Bashar Assad's forces. Some observers claim these fighters are also getting some kind of state support.

Despite the Pakistani government's categorical denial of any involvement in the Syrian conflict, the Islamic Republic's opposition parties, including the main opposition Pakistan People's Party (PPP) led by former President Asif Ali Zardari, have challenged Islamabad's claims. A number of political experts in Pakistan also disagree with the government's stance that it did not get itself involved in the violent Syrian conflict on Saudi Arabia's request.

"We strongly reject the media speculation that Pakistan has changed its position on Syria or is supplying arms to Syrian rebels directly or indirectly. These impressions are totally baseless and misleading," Sartaj Aziz, an advisor to Pakistani Prime Minister Nawaz Sharif on national security and foreign affairs, recently told the country's parliament.

The discussion about whether or not the Pakistani government armed the Syrian rebels commenced after the Saudi Crown Prince, Salman bin Abdulaziz, travelled to Pakistan last month. 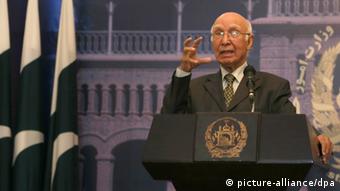 "I would like to clarify that during the Saudi Crown Prince's visit, the two sides only mentioned the need to enhance bilateral cooperation in the field of defense with an aim to have a mutually beneficial defense and security cooperation," said Aziz.

According to news agency AFP, which quoted a source close to Saudi decision-makers, Riyadh was interested in getting Pakistan-made shoulder-launched anti-aircraft missiles, known as Anza, and anti-tank rockets, to aid the rebels.

"The United States could allow their to allies provide the rebels with anti-aircraft and anti-tank weapons following the failure of Geneva talks and the renewed tension with Russia," AFP quoted the head of the Gulf Research Centre, Abdel Aziz al-Sager.

Ghaffar Husain, a London-based researcher and counter-terrorism expert, told DW that Saudi-Pakistani alliance is decades-long, and that it is highly likely that Riyadh could have asked for Islamabad's assistance in turning the tide in Syria.

Ali K. Chishti, a security expert in Karachi, told DW that Pakistan's assistance to Syrian rebels was of covert nature, and that it was obvious why Pakistan did not officially admit it. "I don't think that the claims that Pakistan is helping Syrian opposition are incorrect or exaggerated. Islamabad believes that since Iran is openly supporting the Assad regime, which is responsible for killing hundreds of thousands of people in his own country, it is justified to aid the rebels," said Chishti.

Pakistanis say 'no' to the Taliban

Hundreds of thousands of people in the southern Pakistani city of Karachi have participated in the country's biggest anti-Taliban rally, demanding the government take serious action against the Islamists. (24.02.2014)

Pakistani educationist and former BBC journalist, Nauman Naqvi, says there is no doubt whatsoever that Pakistan and Saudi Arabia are on same page over the Syrian conflict.

"The Pakistani government can deny it, but everyone knows what is going on. Pakistan's respectable journalists have written about the matter," Naqvi told DW, adding that Pakistan had put its relations with Iran at stake in order to please Saudi Arabia. "Pakistan has been serving the Saudi interests in the Middle East and South Asia for a long time. Our relations with Tehran were different in the 1970s. They have been severely damaged since the last phase of the Cold War. The expert gave the example of Pakistan-based terrorist organization Jundullah, which Iran claimed to be a proxy group used by its enemies, to highlight the worsening Iranian-Pakistani ties.

Some experts argue that the alleged Saudi-Pakistani deal on Syria was a result of Sharif's personal connections with the Saudi rulers. Earlier this month, Pakistan received a 1.5 billion USD loan from Riyadh, which Pakistani opposition parties claimed was a "gift' from Saudis to Sharif for his "services" to the kingdom.

Husain says Pakistan has "the expertise, weapons and fighters for the Syrian war, and Saudi Arabia has the cash that Pakistan desperately needs right now."

Naqvi, however, says that any other head of the government in Islamabad would have complied with the Saudi demands. "We must not forget that Sharif has no say in defense related matters. It is the Pakistani army which calls the shots. Former President Zardari would not have acted differently in this scenario." 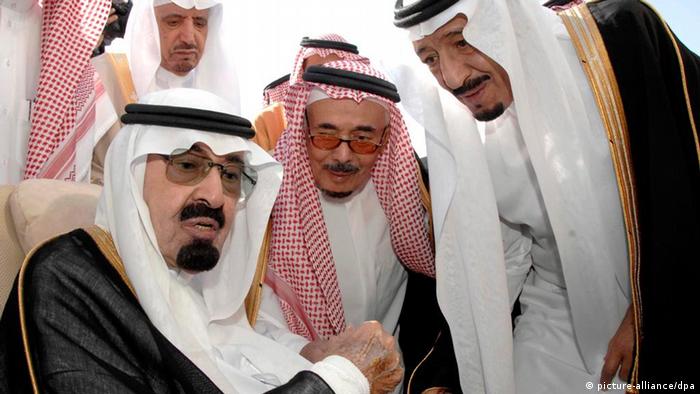 For Chishti, accepting the Saudi demands was a sensible decision: "Iran is openly supporting Assad whereas Saudi Arabia is aiding the rebels - both for their sectarian interests. Why would then the Pakistani state, which follows the Saudi Wahhabi Islamic ideology, side with the Shiite Tehran on this?"

"A large number of foreign fighters are based in Pakistan's northern Waziristan area, which shares border with Afghanistan. Some of them are now migrating to Syria. The Pakistani Taliban have actually established a cell to monitor the Syrian situation. Al Qaeda's head, Aymen al-Zawahiri sent out a message to Pakistani militants to move to Syria," told Chishti, adding that Muslim al Shishani, a Chechen commander from North Waziristan, was one such Islamist who migrated to Syria on March 27. 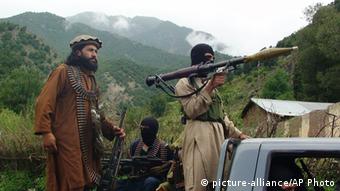 Most Pakistani militant groups are pro-Saudi Arabia and anti-Iran

The expert, however, is not sure whether it's a good thing for the Pakistani state. "We need to see how certain non-state actors are being used in this conflict. It can be a double edged sword," he said.

For his part, Naqvi says there is "structural linkage" between the Pakistani military apparatus and the jihadists. "These militants have been doing what the army thinks is in Pakistan's geo-strategic interests," said Naqvi. The expert is of the view that Pakistan finds itself in a quagmire for not keeping itself non-aligned in regional and international conflicts and will ultimately have to pay a big price for its actions.