The German government wants to see one million electric cars on the nation's roads by 2020. Researchers have been assessing if that is at all possible and have found the best government policy may be to do nothing. 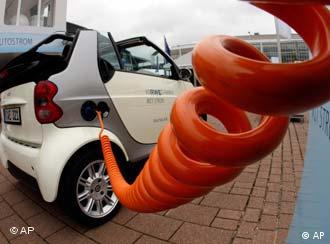 How wired are we to a battery powered future?

It may seem like the German government has set itself a realistic goal, but getting a million electric cars on the roads by 2020 has conjured up a list of unknowns - like what will happen to the price of batteries, where will electric cars recharge, and how long will it take?

So, the federal government has commissioned researchers at the European School of Management and Technology (ESMT), a private college in Berlin, to try to answer these very questions and even look further to the year 2050.

Analysts created a specialized tool to simulate how "electric mobility" will develop as various political and technological factors change, including possible tax benefits and improvements in battery life.

Doing nothing is also a strategy 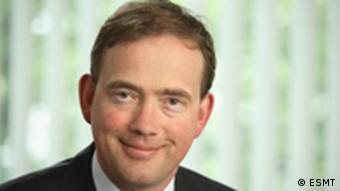 "If we do nothing," said ESMT project leader Michael Holtermann, "our model shows there will be 462,000 electric [and/or hybrid cars] on the roads on January 1, 2020."

The government and auto industry consider battery powered cars and hybrid cars to be electric.

But many auto industry analysts say electric cars are too expensive - and some say government subsidies will do little to help.

Radeke has conducted a cost-benefit analysis based on a scenario that would see the government offer a 2,000 euro ($2,760) rebate to the first 200,000 people who buy an electric car.

"We found a benefit loss," said Radeke. "The costs are higher than the benefits, so we couldn't recommend it."

The future is hybrid 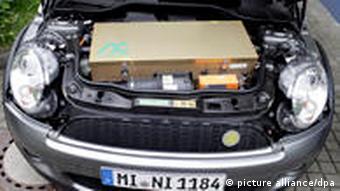 But even before the results of the ESMT tests were known, the government had decided against using cash incentives.

Instead, Berlin wants to put more money into the research and development of new technology, which includes research programs such as the one at ESMT.

The ESMT research was funded by the federal ministry for environment, nature conservation and nuclear safety.

Mathias Samson is responsible for electric mobility at the ministry. He says the results of the study were no surprise - particularly because there are already signs that hybrid cars will take the lead over battery powered cars in the future. Hybrid cars use electric motors that are complemented by a combustion engine.

"It doesn't look like battery powered cars will survive in the market," said Samson.

But they will still exist. Researchers predict at least 870,000 totally battery powered cars will be on German roads within the next few decades.

The European Commission is to examine aid paid out by the German government to car manufacturers BMW and Volkswagen. The money has been pledged to promote projects in eastern Germany. (13.07.2011)