Iron ore mining resumes in India′s Goa amid environmental concerns | Asia| An in-depth look at news from across the continent | DW | 15.09.2016

Mining in the western Indian state of Goa has restarted after a ban was lifted by the government. The tussle between the mining lobbies and environmental groups has also resumed. Murali Krishnan reports. 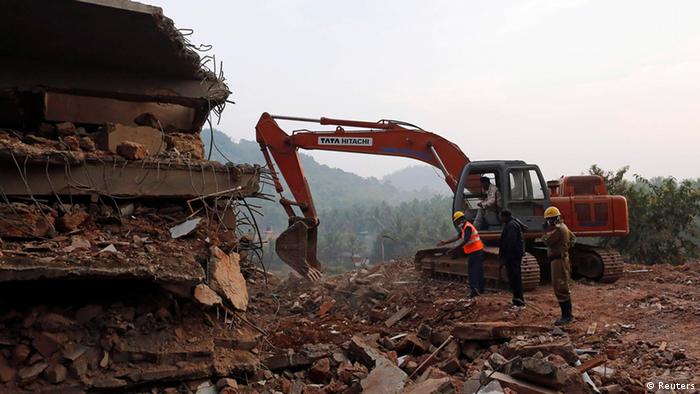 The western India state of Goa is famous for its stunning beaches. It is also India's third-largest iron ore producer. Mining plays a vital role in contributing to the state's economy. In fact, it is as important to Goa as its tourism industry. But years of unbridled development have led to massive land grabbing by the real estate lobbies and illegal miners.

Until the 2000s, Goa's mining industry had been controlled by a few families. After that, the infrastructure boom in China triggered an unprecedented mining in the state. The mining mafia, in collusion with political groups, committed large-scale environmental and legal violations. The environmentalists estimate that the loss to the public exchequer owing to illegal mining amounted to a staggering 4.6 billion euros.

The devastation wrought by illegal mining has been documented in a recently released book, "Eat and Dust: Mining and Greed in Goa" by Hartman De Souza. 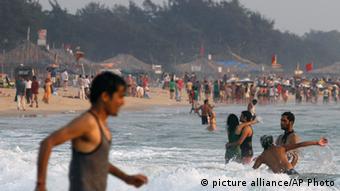 Goa is famous for its stunning beaches

"My book is about a personal anguish at the devastation of the state's forests and springs," De Souza told DW.

It was only after the public protests and the subsequent setting up of a judicial commission that the government suspended all mining in Goa in September 2012.

But now the mining has been reopened in the state, aiming to increase exports amid a slump in raw materials.

"It is going to take some time before the mining activities pick up. The clearances of mining contracts will be extremely strict this time around," Ravi Naik, an industrialist in Majorda, told DW.

Two more states in India have banned the slaughter of cows and the sales of beef, with severe consequences for trespassers. The ban has stirred a heated debate in India on caste and religious tolerance. (20.03.2015)

India's growing number of Internet users are worried about the sharp increase in police action against people who have posted "offensive" material targeting PM Narendra Modi. (20.06.2014)

Goa strives to save tourism

A recent series of sexual assaults on women in India has raised alarm. Goa, one of the most popular tourist destinations in the world, is no longer the tourist paradise it once was. (11.04.2013)

The Indian Supreme Court has imposed an annual cap of 20 million tonnes of iron ore extraction. Furthermore, it ruled that no lease would be granted for mining within the radius of one kilometer around national parks and wildlife sanctuaries. The apex court also directed the Ministry of Environment and Forests to identify eco-sensitive areas around the national parks.

The mining industry is now lobbying to raise the cap on extraction and exports, suggesting that its operations may be economically unviable otherwise.

With state elections due early next year, the mining issue is dominating the public sphere, with political parties trying to balance the concerns of the civil society and the mining firms.

The Aam Aadmi Party (AAP), one of the frontrunners in the forthcoming election, has promised an "environment-friendly mining." At the same time the AAP said it would request the Supreme Court to raise the mining cap from the existing 20 million tonnes to 40 million.

Delhi Chief Minister and the AAP's national convener Arvind Kejriwal believes that Goa can show the way to the entire nation with regards to sustainable mining. 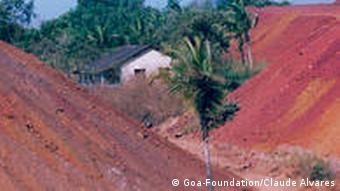 The mining industry is lobbying to raise the cap on extraction

"The AAP is not against the mining industry. In Goa, we can develop a world class model for sustainable mining. We can show to the world how mining can be done. It is an undeniable fact that mining is an important economic component for the state," Kejriwal said.

But Kejriwal's promises do not seem to satisfy the concerns of the environmentalists. The Goa Foundation, an environmental group whose public interest litigation eventually led to a ban on illegal mining in 2012, demands even stricter regulations.

"It is a very sensitive issue. The caps on mining are proposed to ensure that the minerals are available to the future generations and that there is no irreversible damage to environment and society," Claude Alvares, the foundation's director, told DW.

Goa's mining belt covers approximately 700-square kilometers and is mostly concentrated in four areas - Bicholim in the north; and Salcete, Sanguem and Quepem of the state's south. Only around 20 percent of the existing mining leases are currently operational.