Irish Prime Minister Leo Varadkar has flatly dismissed Theresa May's idea of arranging the border between Ireland and Northern Ireland after the model of the US and Canada. He also ruled out direct talks with London. 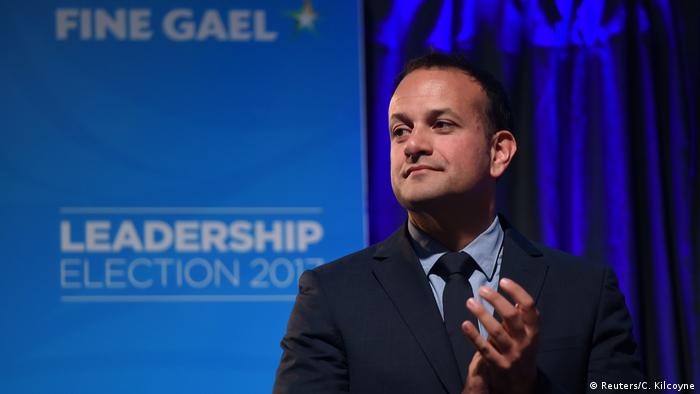 "That is definitely not a solution that we can possibly entertain," Vardakar said.

Earlier on Monday, opposition in the UK's House of Commons quizzed May about the future relations between the UK and the Republic of Ireland. The two countries share a land border at Northern Ireland. May had repeatedly stated there will be no hard border on the Irish island after Brexit.

A Labour MP asked May to provide an example of a border between two countries, not in a customs union, where trucks loaded with goods are not being checked.

"There are many examples of different arrangements for customs around the rest of the world and indeed we are looking at those, including for example the border between the United States and Canada," the UK Prime Minister replied.

Border with guards, 'arms and dogs'

"I saw a hard border, with physical infrastructure, with customs posts, people in uniform with arms and dogs," Varadkar was quoted by the Irish Times as saying.

The exchange comes after the EU proposed to effectively keep Northern Ireland in the customs union, allowing it to trade with the Republic of Ireland, but partially isolating it from the other parts of the UK. London responded to the proposal with anger, and Prime Minister May rejected the idea.

Read more: EU's Tusk challenges May to devise her own Brexit plan

On Monday, the Irish prime minister said he preferred to keep the current, seamless border, and that he was willing to consider London's proposals if they were feasible. Otherwise, Varadkar said the EU and the UK would need a "very clear draft legal provision" which would allow the EU to influence Northern Ireland's trade.

No direct talks with London

In a separate statement, he also dismissed the idea of Dublin directly negotiating with London, with or without EU representatives.

"That's not in our interest and not the way that this can be concluded," Varadkar told Ireland's RTE radio.

"What will happen is that there will be talks between the EU 27 and the UK, and Ireland is part of the EU 27 and we're much stronger, by the way, as one of 27," he added.