Brexit Diaries 30: Trade wars in the age of Brexit

On the long shadow of Donald Trump, Brexit in cherry picking mode, the sinister absence of Boris, a trip to the North for Michel Barnier and another bit of nostalgia. 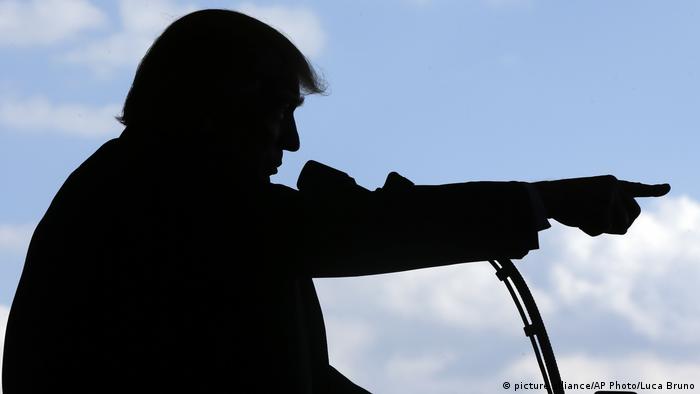 Donald Trump threw his long dark shadow over Theresa May and her Brexit speech on Friday. The president had just blithely announced a global trade war. In the meantime there has been the usual spiral of escalations and things have taken a turn to the worse.  Trump thinks that trade wars are easy to win and has widened the scope to German cars. Many of which are produced in the US, but details have never interested the president.  And all this landed the UK prime minister in the unenviable position of having to warn off Donald Trump.

Was not free trade, in the beginning, one of the main arguments for Brexit? Britain only needed to be free from the shackles of the EU in order to sign the most glorious trade deals – or so went the reasoning. And the first port of call would be the United States. According to a leaked government paper at least half of this Brexit bonus was supposed to come from a free trade agreement with the United States. As things stand, we wish the Brits the best of luck. 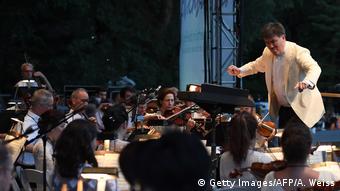 There had been enough leaks and briefings before the prime minister's final and conclusive speech on Brexit that expectations were not overly high. But maybe she would it least pull a small rabbit from her hat? Optimists were disappointed, however, because there was in the end neither a rabbit nor a hat.

Instead we got an avenue of cherry trees and the full run of Theresa May's Brexit slogans from "deep and special relationship” to "take back control" and "frictionless trade." Next was the list of items the British PM does not want after Brexit: No customs union, no single market, no hard border in Northern Ireland.

May: Neither side can have 'exactly what we want' in Brexit

Mrs May also gave an outline of what she would like after Brexit, and this is where she starts to pick her basket of cherries:  A very special deal with the EU, which would allow Britain to stick to some European rules and keep access to the single market. At the same time she wants to diverge in other segments of the economy. She also wants a special customs arrangement that grants her the advantages of the customs union but at the same time allows Britain to conclude its own trade deals. And she would like to remain as member of some choice EU agencies – yet more cherry picking.

At the same time, a hard border between the two countries on the Emerald Isle is to be avoided at all costs. One would need smart technology that could scan the contents of all trucks and the minds of all people before they crossed the invisible border. A nice idea, if you discount the non-existence of such a miraculous system and the obvious fact that the EU cannot leave one of its borders wide open.

All this was a lot of wishful thinking with just a hint of reality peeping through: "Some hard choices have to be made." But that's for later. For now we have Theresa Mays marvelous new phrase: The Brexit deal should be "bold and ambitious."  And that is what the prime minister would like the EU to deliver.

Boris Johnson missed the occasion. He was obviously absent from the row of Theresa May's cabinet members at the Brexit speech. Boris had, however, in his own manner already lobbed a grenade into proceedings. In a letter, the foreign minister created doubt over the British commitment to avoid a hard border in Ireland. If there were to be just a soft border, something just a bit border-like, he demanded, what could be the harm in that? Surely the Good Friday Agreement could deal with a few fences and customs officials? 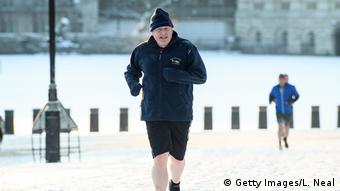 Is Boris Johnson thinking of the Irish border as he runs through the streets of London?

To further his cause Boris then went to explain himself on a radio show.  A post-Brexit border between Northern Ireland and the Republic of Ireland would in no way be worse than the border between the London boroughs of Islington and Camden, he said. The presenter was struck dumb.  And like the congestion charge for cars that was electronically taken from each driver's bank account, the same could certainly be done in Ireland. It's easy!

Off to a he went for a run through London's winter wonderland and then left for a trip to Hungary. Boris must have had the most pressing engagement with the Foreign Minister in Budapest. Civil servants in the Foreign Office are rumored to constantly send their minister abroad in order to keep him out of trouble. But he manages to stir things up even in his short periods at home. 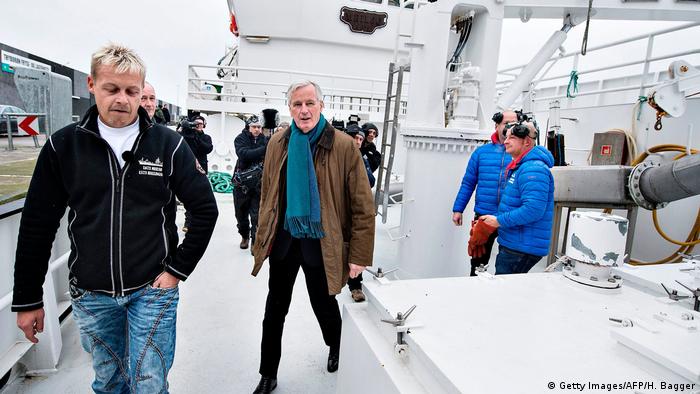 Michel Barnier, the EU's chief negotiator for Brexit, is the very image of the unflappable diplomat.  Always polite, well turned out, pointedly patient and only rarely showing his exasperation with Britain's David Davis, Barnier seems perfectly at home in his role. A man who thrives in the meeting rooms of Brussels and who will never get his hands dirty.

Last weekend however he left his suits and ties behind and took a trip on a Danish fish cutter.  It was for him an expedition into real life. The fishermen wanted reassurance that they would still have jobs after Brexit. The EU has of course not even begun talking about quotas and national exclusion zones. This will happen much later when the real horse trading begins and all cards and buckets of fish are on the table.  And it is known that fishery is a very touchy subject for the British. Yes, there will be fish after Brexit, somewhere out there in the northern seas. But nothing more can be said.

Cheers for the return of the pint-sized Champagne

Winston Churchill is said to have loved them: Pint-sized bottles of Champagne. Their return is now praised as one of the great positives of Brexit. In 1993 the infamous faceless Brussels bureaucrats had introduced decimal measures and forced out the pint, the gallon, the ounce and a lot of other old Britishness. 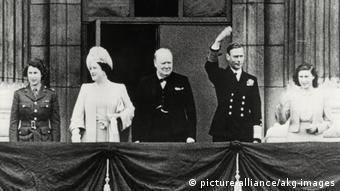 "Cheers for Brexit" ran the headline for the champagne story last week in the forever enthusiastic Telegraph. And the re-introduction of the pint-sized Champagne bottle will certainly get the British masses fired up for Brexit. If you cannot afford a whole 700-ml bottle of Champagne, there might just be enough money to buy a British pint of fizz.

Britain's best-loved hero Winston Churchill is said to have strengthened his resolve against Hitler by downing a few glasses of Champagne between breakfast and lunch. And he preferred the smaller bottles, because it would make his wife Clementine unhappy if he drank a large bottle, the prime minister supposedly explained. And it would make him unhappy if he only drank a little half-size one. That sounds reasonable.

The excitement about the return of pint-sized Champagne or of the old blue British passports shows how much Brexit is driven by nostalgia. But the cheerleaders for the good old times and yesteryear cannot turn back the clock. The British Empire is still gone and Churchill is still resting in his grave. 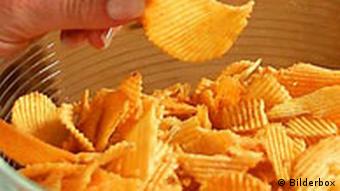 All this for a bag of crisps

Finally another comment from the culinary side of things: A former top civil servant last week likened Brexit to exchanging a three-course meal with a bag of crisps. Martin Donnelly used to work for DexEU, the department for exiting the European Union, and what he witnessed there must have been rather unconvincing. In the end the UK will be left with nothing but a measly bag of potato chips, is his conclusion. But they may, of course, continue to call them crisps. By all means.